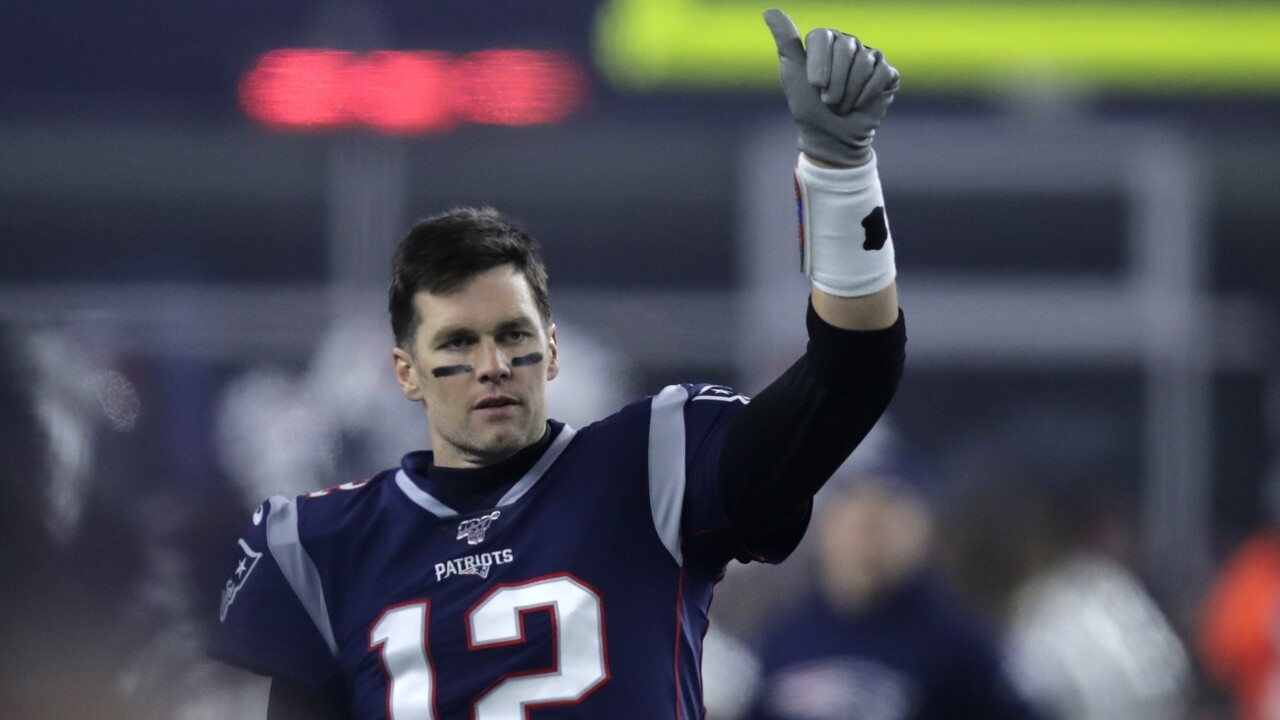 (Copyright 2020 The Associated Press. All rights reserved. This material may not be published, broadcast, rewritten or redistributed.)
Charles Krupa/AP
In this Jan. 4, 2020, file photo, New England Patriots quarterback Tom Brady gestures to a teammate before an NFL wild-card playoff game against the Tennessee Titans in Foxborough, Mass.

Brady's Buccaneers have two scheduled Sunday night games -- an Oct. 25 road trip to Las Vegas to take on the Raiders, formerly of Oakland, and a home game against quarterback Drew Brees and the New Orleans Saints two weeks later.

Been waitin' all day for this 🙌

The six-time Super Bowl champion signed with Tampa Bay earlier this year after 20 seasons with the New England Patriots.

Enthusiasm for the Buccaneers is at an all-time high throughout the state upon the news that Brady was trading in frigid Massachusetts for sunny Florida. He even recruited his former teammate, tight end Rob Gronkowski, to come out of retirement and join him in Tampa.

Brady has become quite the "Florida man" since moving to the Sunshine State, making headlines for being kicked out of a Tampa park and walking into a stranger's home. He also recently joined a prestigious golf club in Juno Beach.

There will be more opportunities for Brady and the Buccaneers to play their way onto "Sunday Night Football" as part of the NFL's flexible scheduling. Stay tuned.