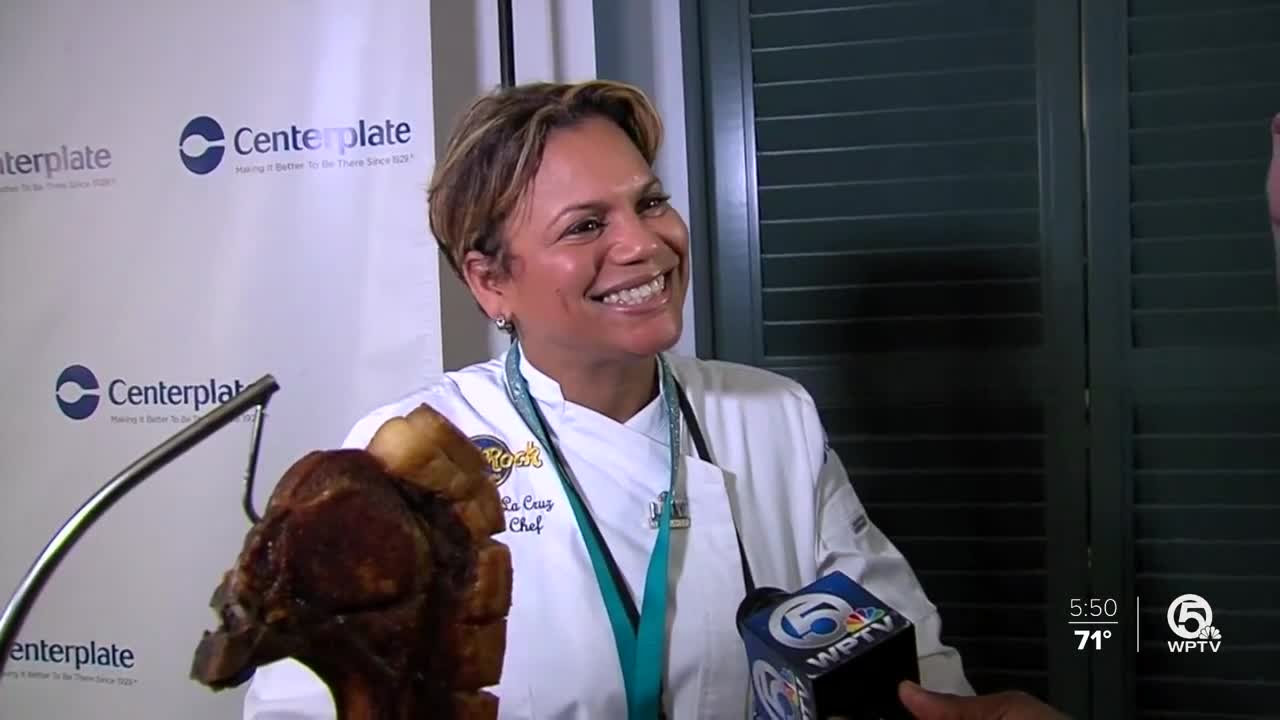 Super Bowl LIV is just days away and crews at Hard Rock Stadium in Miami Gardens are working overtime to ensure the 70,000 fans who watch the big game in person experience the biggest and best night of football possible.

MIAMI — The NFL promises Super Bowl LIV will be an amazing experience all the way down to the food. And for the first time a woman is the person behind every plate served.

“I think it’s all about capturing the soul of the city and bringing it into the stadium,” said De La Cruz.

De La Cruz has 18-years of experience under her belt, formerly serving as executive sous chef for the Miami Heat and now the first woman to be the executive chef at a stadium during the Super Bowl.

“In order for you to work with so many people you have to listen,” said De La Cruz.

She also adds the secret to her longevity and rise to the top includes tenacity, resiliency and passion.

“Giving everybody the right opportunity – that’s all that I would like to see,” she said.

De La Cruz leads a team of 250 chefs and collectively the chefs used the diversity in South Florida as their inspiration for Super Bowl concessions. The three-level concessions range from lower level concessions under $50 to fine dishes. And the background of each chef will be noticed.

“I have Peruvians. Haitians. Dominicans. So I think it’s about capturing everybody,” said De La Cruz. “And I like to think that this is not just me - that this is just a consumption of all of us.”

Her chefs also point out that some attendees may appreciate the inspiration behind the food more than others.