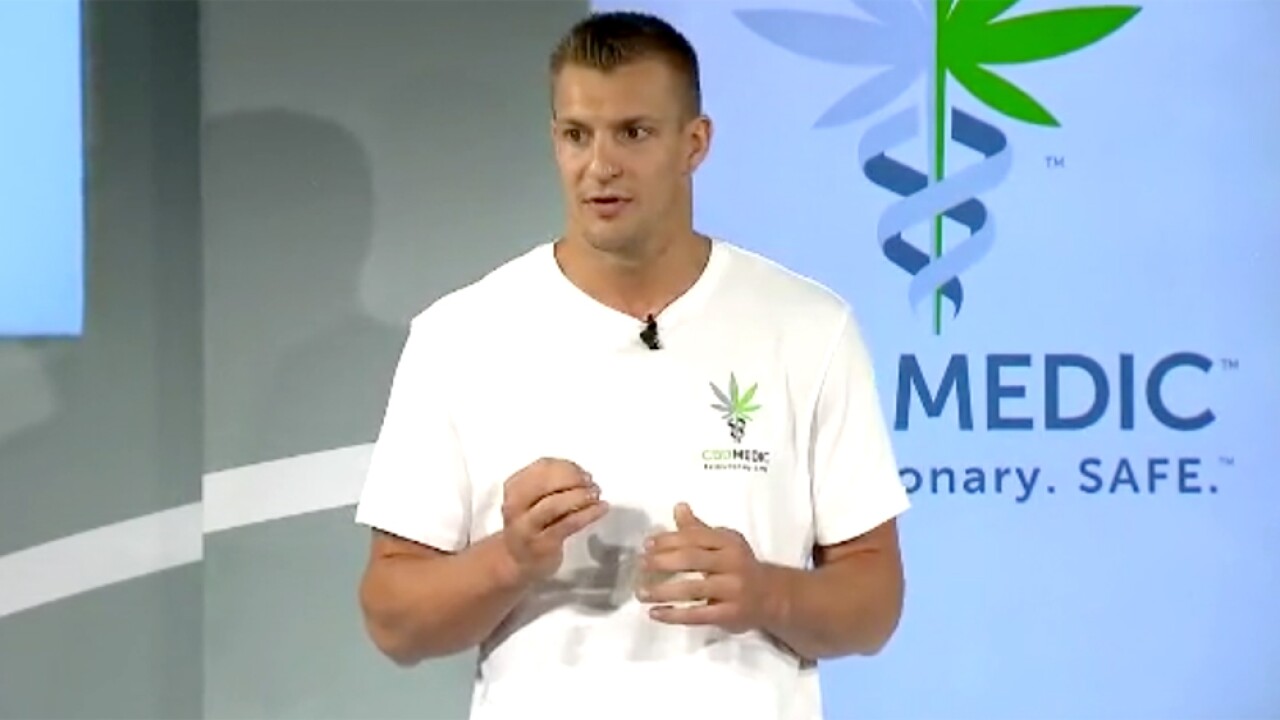 (CNN) -- Sorry, New England Patriots fans. That long-awaited announcement from your beloved former tight end had nothing to do with a comeback.

Rob Gronkowski, it appears, will remain retired from pro football after announcing Tuesday that he is partnering with a Canadian cannabidiol company to promote CBD products as athletic supplements.

MORE: What's inside your CBD product? You can ask | Can using CBD products cost someone their job? | Juice and smoothie store in Jupiter adds CBD oil to drinks | CBD products for dogs surge in popularity

"I'm advocating for CBD to be acceptable for all players for recovery," the three-time Super Bowl champion said, adding in true Gronk fashion, "You can just call me Mr. Recovery. You know you like that name. Mr. Recovery, baby."

The five-time Pro Bowler, who announced his retirement in March, said he had been using CBD in his own rehabilitation process, and he was so impressed with the results that he is partnering with Abacus Health on a line of "all-natural, fitness-oriented recovery products."

In an Abacus statement, Gronkowski, 30, said he suffered numerous injuries and underwent nine surgeries during his nine seasons catching bullets from Tom Brady.

"I was in near constant pain and needed to make a change," he said. "These products have helped me safely manage pain better than anything else I've tried."

Proponents of CBD products say they can help athletes with pain, inflammation and even traumatic brain injuries, but because of CBD's close relationship with its cousin, THC -- the psychoactive drug in cannabis -- CBD has seen itself banned in many pro sports venues. Unlike THC, however, pure CBD oil does not produce the euphoric "high" in its users.

While the World Anti-Doping Agency, which tests Olympic and World Cup athletes for drugs, has lifted its own prohibition on CBD, the US Anti-Doping Agency warns that taking CBD products is risky for athletes because it is difficult to extract CBD from a marijuana plant without also extracting some of the other 115 cannabinoids, including THC, that are found in the plant.

Those other cannabinoids can result in failed drug tests for marijuana, USADA says.

Several major sporting leagues, however, still have a total ban on the substance, including the NCAA, NASCAR, Major League Soccer and Major League Baseball, though punishments for a positive drug test vary from league to league.

It is also banned by Gronk's former employer, but several former players have come forward urging the NFL to reconsider its stance. The NBA also bans the use of CBD, but former Commissioner David Stern has suggested it should be removed from the league's banned substances list.

The National Hockey League tests players for marijuana use, but doesn't punish them for failed tests.