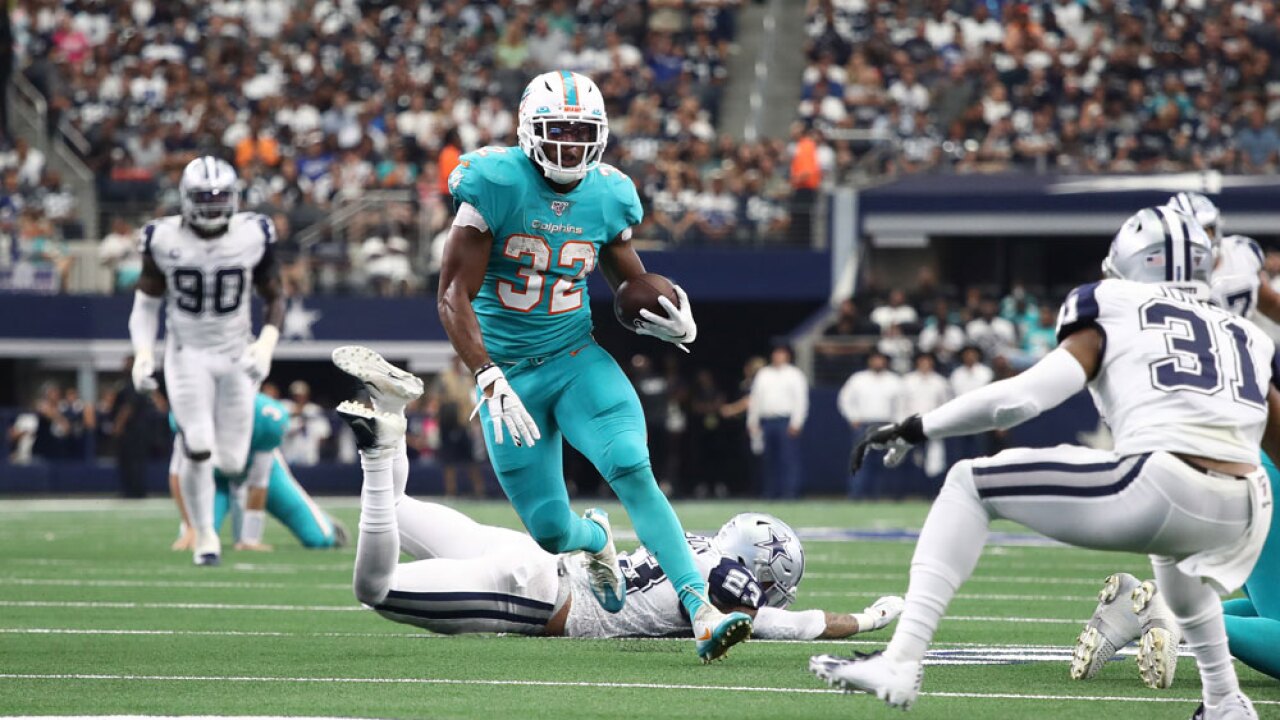 TEMPE, Ariz. (AP) — A person familiar with the deal says the Arizona Cardinals have acquired running back Kenyan Drake from the Miami Dolphins for a conditional sixth-round draft pick in 2020.

The person spoke to The Associated Press on condition of anonymity because the deal has not been confirmed by either team.

The 25-year-old Drake is in his fourth season in the league and gives the Cardinals some depth at the banged-up running back position. Starter David Johnson has missed most of the past two weeks with an ankle injury and backup Chase Edmonds injured his hamstring in the team's 31-9 loss to the New Orleans Saints on Sunday.

Drake has played in six games this season, running for 174 yards and averaging 3.7 yards per carry.

The Cardinals (3-4-1) have a quick turnaround in their schedule, facing the undefeated San Francisco 49ers (7-0) on Thursday night.