Only coach to lead team to perfect season in NFL history 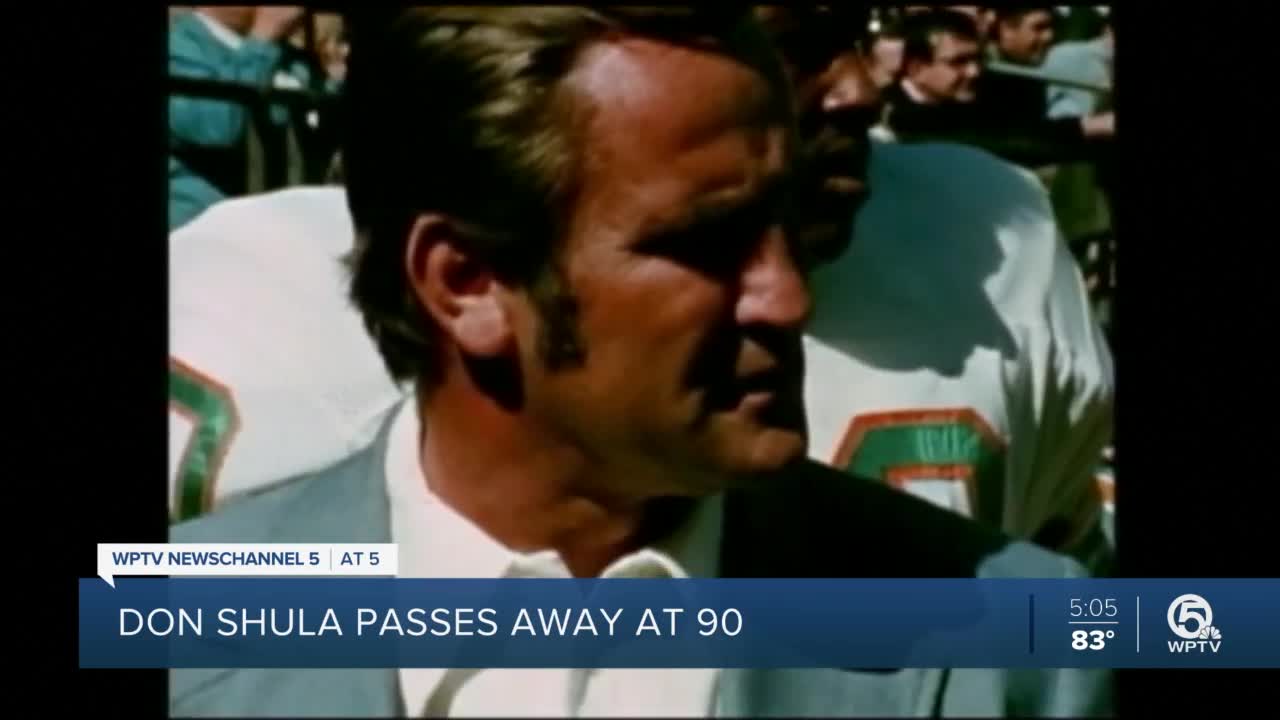 Don Shula, who coached the Miami Dolphins to the only undefeated season in NFL history, has died at the age of 90. 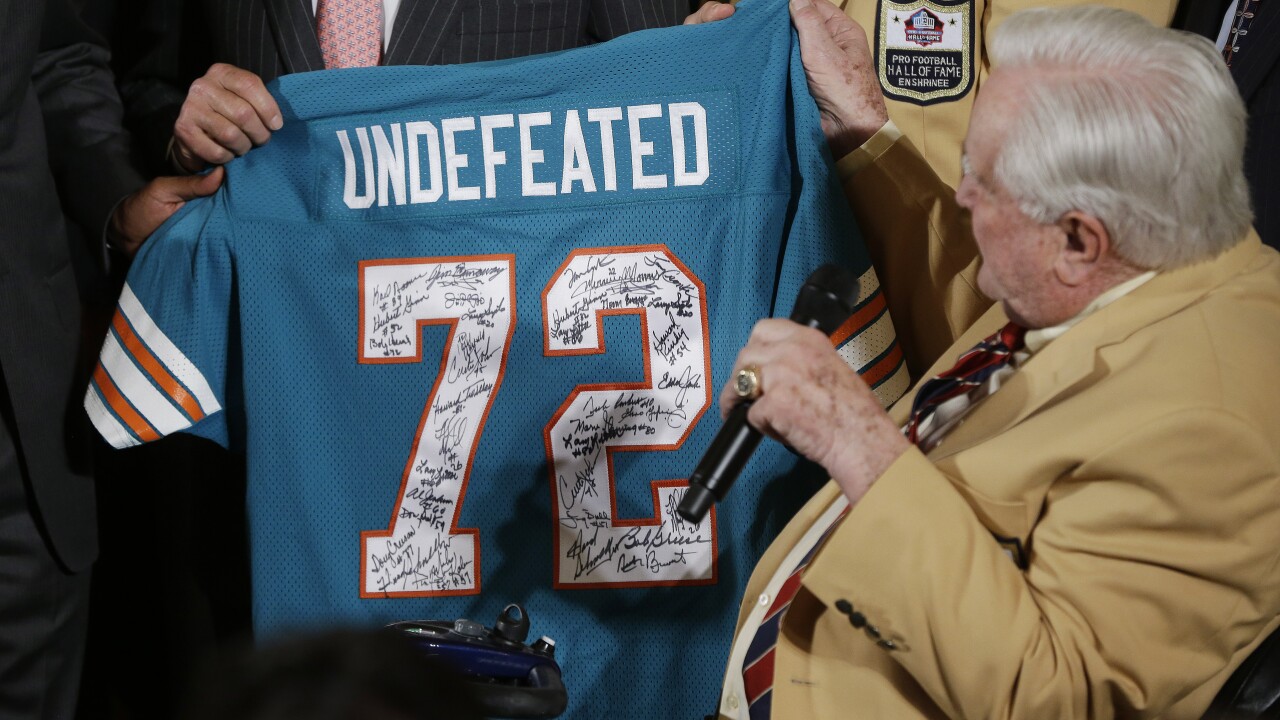 MIAMI — Don Shula, who coached the Miami Dolphins to the only undefeated season in NFL history, has died at the age of 90.

The team confirmed Monday that the longtime Dolphins coach died peacefully at his home.

The Miami Dolphins are saddened to announce that Head Coach Don Shula passed away peacefully at his home this morning. pic.twitter.com/MKAtXFA4zd

Shula coached the Dolphins from 1970 until his retirement after the 1995 season.

His 347 wins are more than any other coach in NFL history.

REMEMBERING DON SHULA: What others are saying about legendary Dolphins coach

Prior to the Dolphins, Shula coached the Baltimore Colts for seven seasons from 1963-69. He got his first taste at a Super Bowl with his penultimate team in Baltimore, losing to the New York Jets in Super Bowl III.

Shula was named NFL coach of the year six times -- three times while at the helm of the Dolphins. He was inducted to the Pro Football Hall of Fame in 1997.

Born in Grand River, Ohio, on Jan. 4, 1930, Shula was a standout halfback in high school and later went on to receive an athletic scholarship at John Carroll University, a private Jesuit school outside of Cleveland. After graduating in 1951, Shula was drafted by the NFL's Cleveland Browns and played defensive back for head coach Paul Brown.

He was traded to Baltimore in 1953 and spent the next four seasons with his future team. The Colts waived Shula at the end of training camp in 1957, but he was picked up by the Washington Redskins.

Don Shula and the Miami Dolphins: Year by Year

His first foray in coaching began when he served under Dick Voris at Virginia in 1958. He left after one season to become an assistant coach at Kentucky under Blanton Collier, who coached with Brown in Cleveland.

Shula moved from college to the NFL in 1960, when he was hired as defensive coordinator for the Detroit Lions. He became the youngest NFL head coach at the time when he was hired by the Colts to succeed Weeb Ewbank in 1963.

The Colts enjoyed seven straight winning seasons and three playoff appearances under Shula. That success continued when he took over for George Wilson in Miami. The Dolphins made the playoffs 16 times in Shula's 26 years. Only twice did the Dolphins finish below .500 on his watch.

Shula's teams reached the playoffs 20 times in 33 years, and his teams won at least 10 games 21 times.

In 2013, then-President Barack Obama hosted Shula and members of the 1972 team at the White House, noting that they "never got their White House visit."

Shula's health was a concern as recently as May 2016, when he was admitted to Aventura Hospital "due to fluid retention and sleep apnea," his wife, Mary Anne Shula, said at the time.

His sons followed in their father's footsteps, although success was harder to come by for them. Dave Shula was a longtime assistant with the Dolphins before becoming head coach of the Cincinnati Bengals in 1992. He was fired after 1-6 start to the 1996 season, finishing his career with a 19-52 overall record.

Mike Shula was an NFL assistant for the Dolphins, Tampa Bay Buccaneers, Chicago Bears, Jacksonville Jaguars, Carolina Panthers and, most recently, the New York Giants. He was also head coach at Alabama from 2003-06, before he was fired in favor of former Dolphins head coach Nick Saban.