'We live on football' in Pahokee, player says, so what would life be like without it? 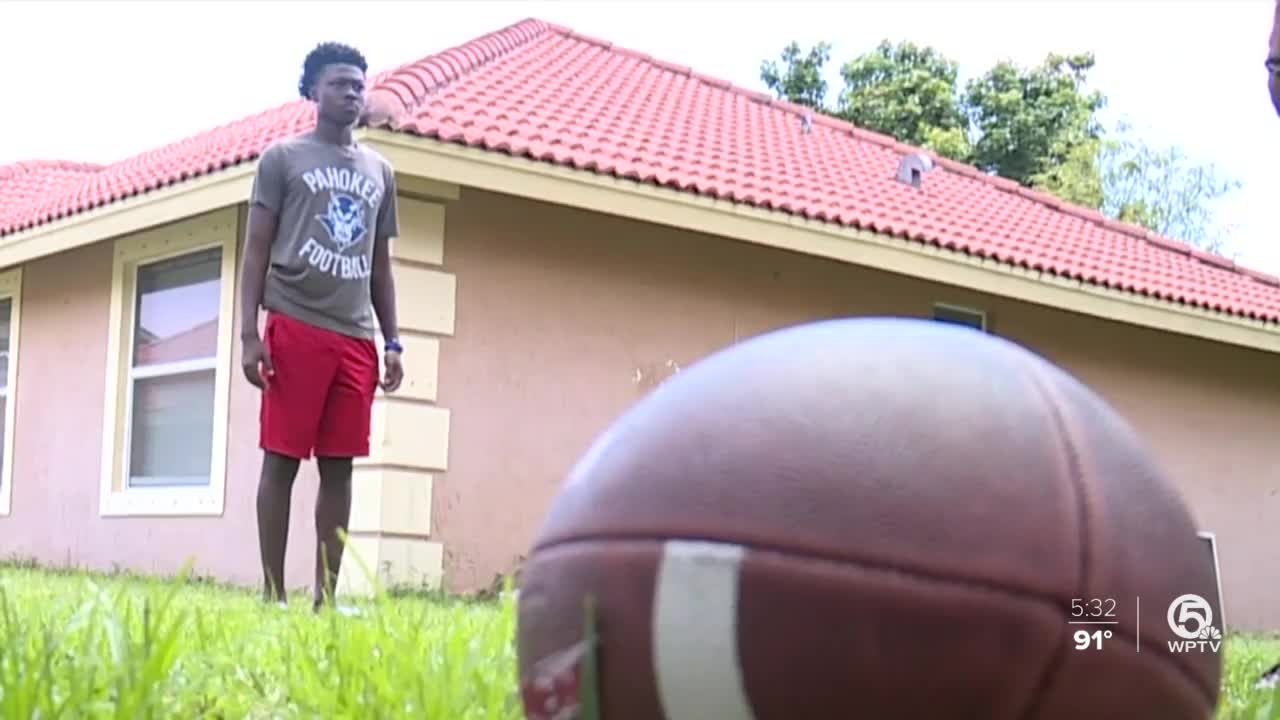 Football is a way of life in Pahokee, but some players are concerned about their futures with the pandemic putting their seasons in jeopardy.

Many high school seniors are looking to follow in their footsteps one day, but the coronavirus pandemic has put programs on hold.

In the city of Pahokee, football is so much more than a sport. It's a way of life.

"This is what we live for," Geoffrey McKelton, who attends Pahokee High School, said. "We live on football, so if we don't have football, what can we do? How we gonna make it?"

At 17 years old, McKelton has his eyes set on the NFL. The defensive back is about to start his senior year, but he worries the coronavirus will sideline his shot at a scholarship.

"It's been kind of hard because, you know, this is what I love, so I want to get back on the field," McKelton said.

Despite poverty and crime, dozens of young men have made it to the NFL from Pakokee. The program's head coach, DJ Boldin, and his brother, Anquan, were both drafted. Boldin said football is a way out.

"Football gives our kids an opportunity to display their talents, along with their athletics, in hopes of earning a scholarship," Boldin said.

Boldin said the team hasn't played a game in nine months and hasn't practiced together in six months, but he is optimistic there will be a season. He's awaiting a decision from the School District of Palm Beach County.

McKelton has already spoken with scouts and coaches, but he said his future depends on this upcoming season.

"I want my mom to be happy," McKelton said. "I want to get my mom out of there. I want my mom (to have) a better place."