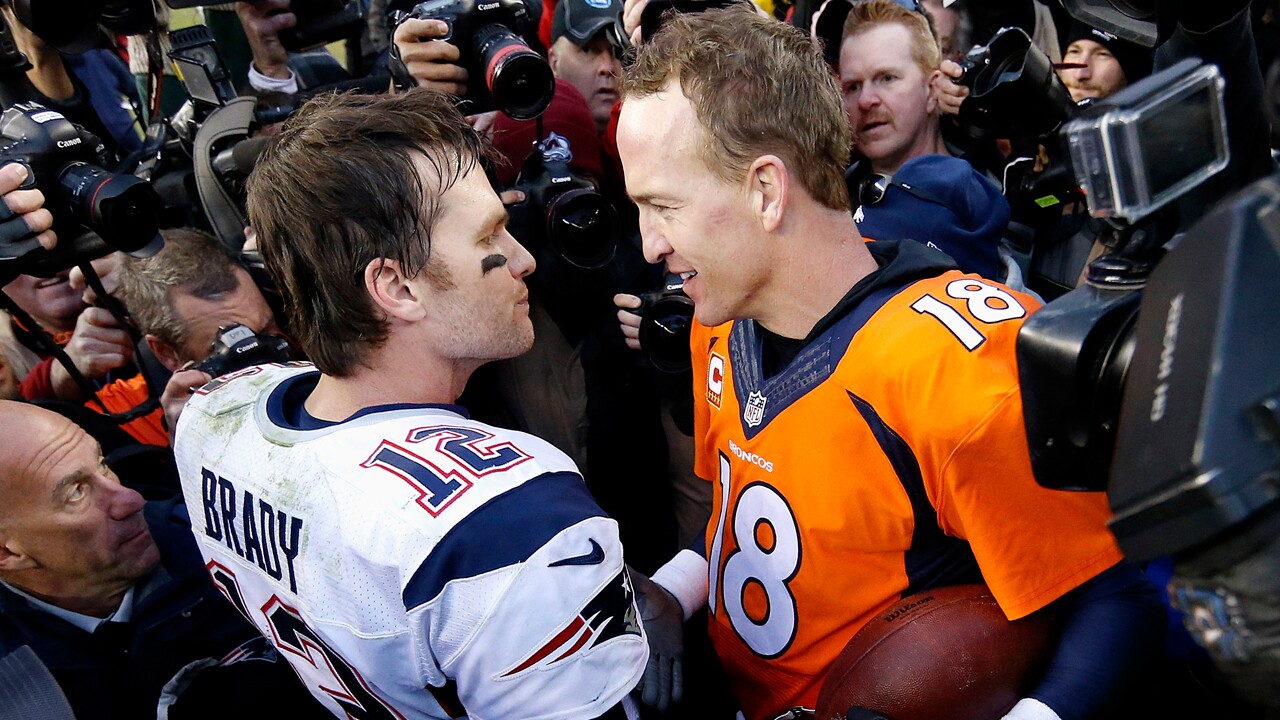 AP Photo/David Zalubowski
In this Jan. 24, 2016, file photo, New England Patriots quarterback Tom Brady, left, and Denver Broncos quarterback Peyton Manning speak to one another following the AFC Championship game in Denver. The next match involving Tiger Woods and Phil Mickelson involves a $10 million donation for COVID-19 relief efforts, along with plenty of bragging rights in a star-powered foursome May 24 at Medalist Golf Club. Turner Sports announced more details Thursday, May 7, 2020, for “The Match: Champions for Charity,” a televised match between Woods and Peyton Manning against Mickelson and Tom Brady.

HOBE SOUND, Fla. — Tom Brady and Peyton Manning were perennial contenders and longtime postseason rivals in the NFL. Now they'll be competing again for a good cause.

Turner Sports announced Thursday that it will be televising a charity golf event pitting the future Hall of Fame quarterbacks against a pair of golf legends.

"The Match: Champions for Charity" will take place May 24 at Medalist Golf Club in Hobe Sound.

Manning and Tiger Woods will take on Brady and Phil Mickelson in the charity golf match raising $10 million to benefit COVID-19 relief.

The match will be simulcast on TNT, TBS, truTV and HLN.

Turner Sports said the format will be a team match, best-ball on the front nine and a modified alternate shot format on the back nine in which each participant will tee off and then the team will play the alternate shot from the selected drive.

Brady signed with the Tampa Bay Buccaneers earlier this year after winning six Super Bowls in 20 seasons with the New England Patriots.

Manning, who won Super Bowls with the Indianapolis Colts and Denver Broncos, retired from the NFL in 2016 after 18 seasons.

Woods and Mickelson previously faced off in a 2018 match at Shadow Creek Golf Course in Las Vegas. Tied after 18 holes, Mickelson won on the fourth playoff hole.

The match is the second time live golf will be on TV since the coronavirus pandemic shut down the PGA Tour and other sports around the world.