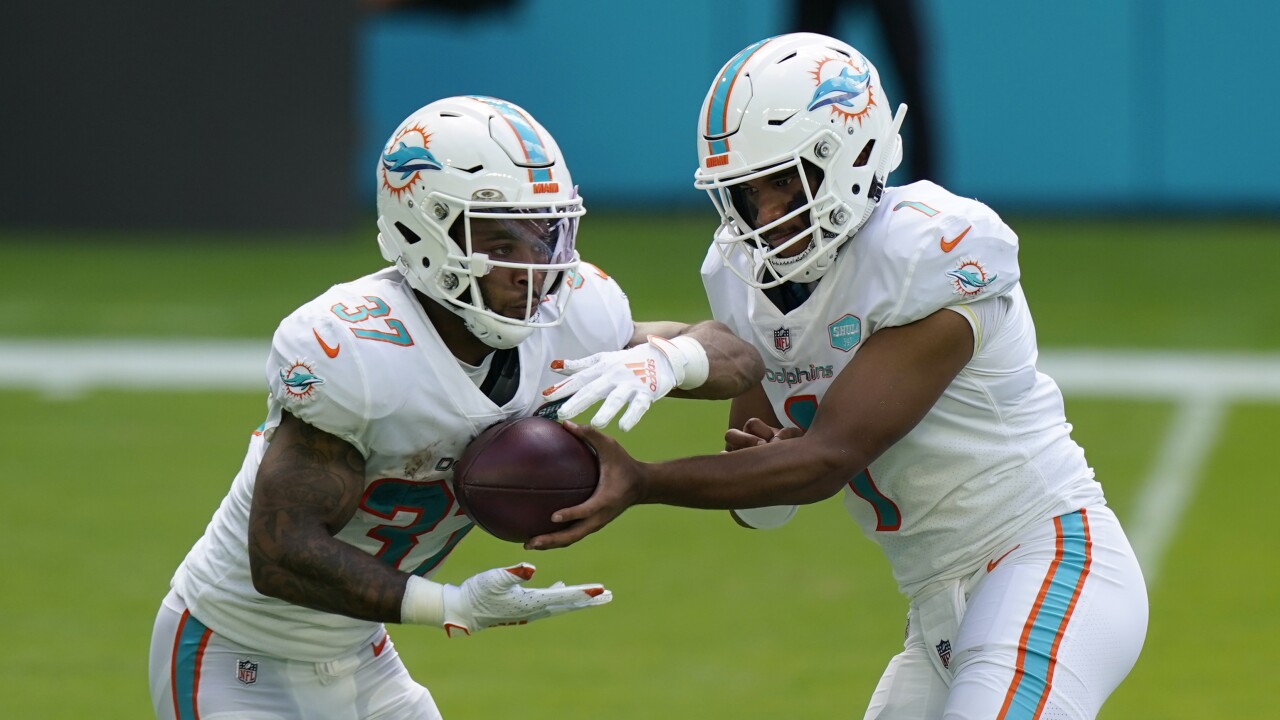 (Copyright 2020 The Associated Press. All rights reserved. This material may not be published, broadcast, rewritten or redistributed.)
Lynne Sladky/AP
Miami Dolphins quarterback Tua Tagovailoa (1) hands the ball to running back Myles Gaskin (37) during the first half against the Los Angeles Rams, Sunday, Nov. 1, 2020, in Miami Gardens, Fla.

MIAMI GARDENS, Fla. — Miami will be without its leading rusher against the Arizona Cardinals this weekend.

The Dolphins announced Thursday that running back Myles Gaskin has been placed on injured reserve.

Gaskin, who has started five games for the Dolphins this season, suffered a knee injury during Miami's 28-17 win over the Los Angeles Rams.

Last year's seventh-round draft pick out of Washington has 100 carries for 387 rushing yards and two touchdowns. He also has 30 catches for 198 yards.

The Dolphins acquired running back DeAndre Washington from the Kansas City Chiefs earlier this week in a swap of conditional draft picks.

The Dolphins (4-3) have won three consecutive games after a 1-3 start.