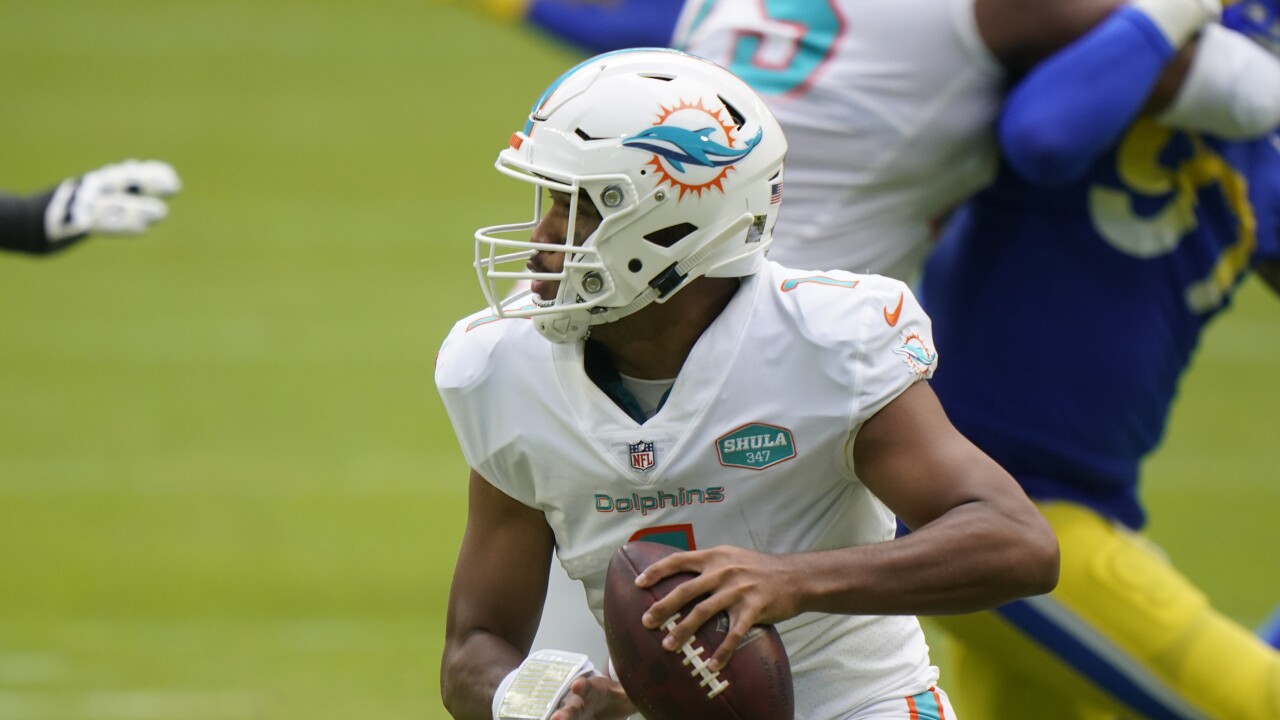 (Copyright 2020 The Associated Press. All rights reserved. This material may not be published, broadcast, rewritten or redistributed.)
Wilfredo Lee/AP
Miami Dolphins quarterback Tua Tagovailoa looks to pass during the second half against the Los Angeles Rams, Sunday, Nov. 1, 2020, in Miami Gardens, Fla.

MIAMI GARDENS, Fla. — Tua Tagovailoa threw his first career touchdown pass and then let his teammates take over with a succession of big plays, and the Miami Dolphins stamped themselves as playoff contenders by earning their third consecutive win, 28-17 against the Los Angeles Rams.

They came up with four takeaways in the first half and at halftime led 28-10 despite being outgained 224-54.