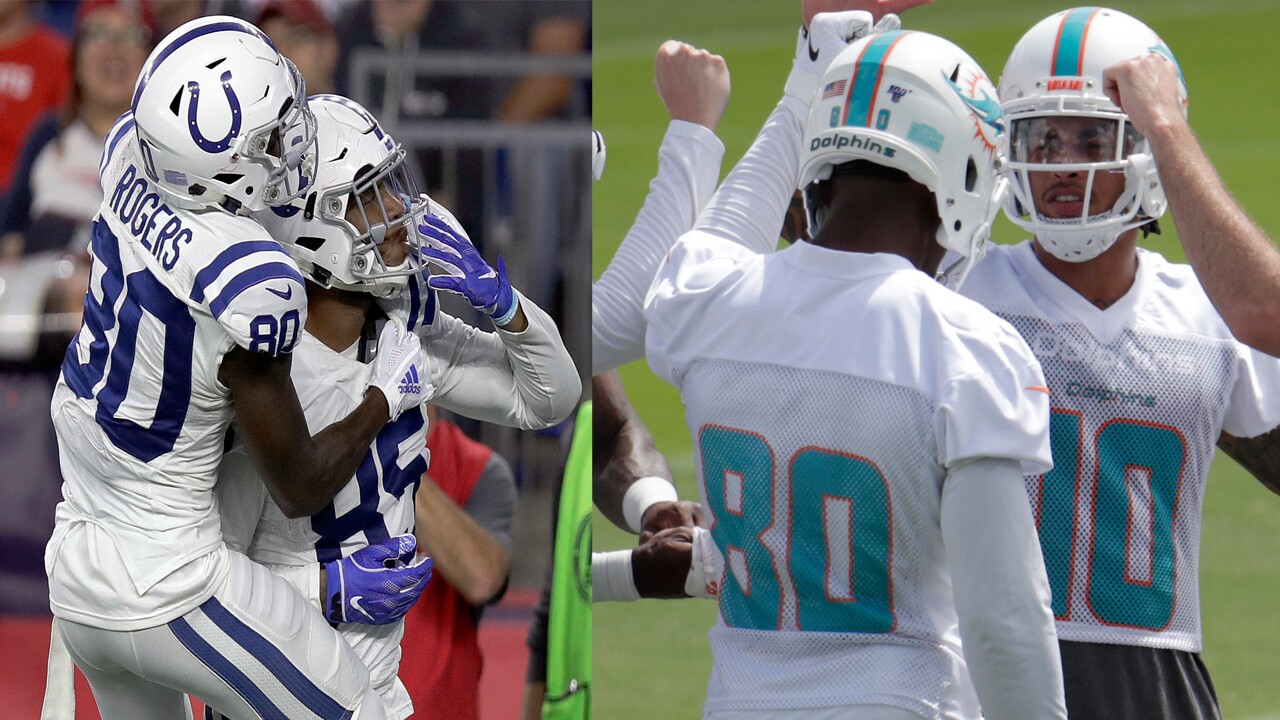 (Copyright 2020 The Associated Press. All rights reserved. This material may not be published, broadcast, rewritten or redistributed.)
AP Photo/Charles Krupa/Lynne Sladky
The Miami Dolphins have added some depth at receiver with the signings of Chester Rogers (left) and Ricardo Louis (80, right).

MIAMI GARDENS, Fla. — The Miami Dolphins are hoping some new additions at wide receiver will catch on this season.

Chester Rogers signed with the team Sunday, becoming the second receiver signed by the Dolphins this weekend after the loss of Allen Hurns and Albert Wilson, who opted out of the 2020 season because of the coronavirus pandemic.

Rogers spent the last four years with the Indianapolis Colts, starting 22 games and hauling in 111 catches for 1,221 yards and five touchdowns.

The Dolphins also signed Ricardo Louis, who spent the 2019 season on injured reserve.

Louis was waived by the Dolphins last month, but the Miami native is getting a second chance with the absences of Hurns and Wilson.

A fourth-round draft pick by the Cleveland Browns in 2016, Louis missed the 2018 season with an injury. The Miami Beach Senior High School graduate originally signed with the Dolphins in April 2019 before winding up on injured reserve.

Hurns became the first Dolphins player to opt out of the season Tuesday, saying he made the decision for his family because he has a baby on the way.

Wilson elected to do the same the next day, also citing family concerns.