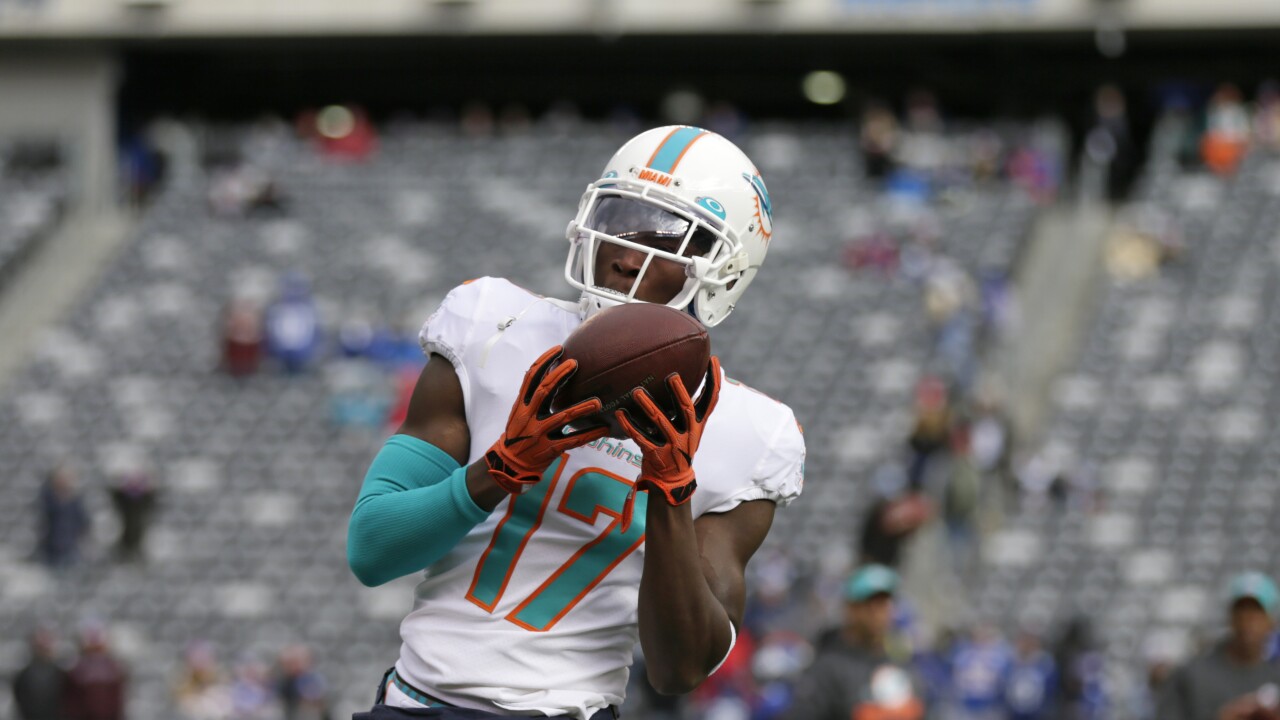 (Copyright 2020 The Associated Press. All rights reserved. This material may not be published, broadcast, rewritten or redistributed.)
Adam Hunger/AP
Miami Dolphins wide receiver Allen Hurns warms up before a game against the New York Giants, Sunday, Dec. 15, 2019, in East Rutherford, N.J.

MIAMI GARDENS, Fla. — Miami Dolphins wide receiver is opting out of the 2020 season because of the coronavirus pandemic.

Hurns made the announcement Tuesday on Twitter, saying it's "what's best for my family" with a new baby on the way.

"I will continue to support my team and brothers across the league wholeheartedly and wishing them the best going forward this season," he tweeted.

The former University of Miami Hurricanes star becomes the first player for the Dolphins to opt out as agreed upon by the NFL and players union.

"I understand and completely support Allen's decision," head coach Brian Flores said in a statement. "It wasn't an easy choice and I know he put a lot of thought into it. He had conversations with the people closest to him and did what he felt was best for him and his family. I respect the process he went through and how he came to this decision. I wish him all the best and look forward to working with him next year."

Coach Flores on WR Allen Hurns opting out for the 2020 season. pic.twitter.com/A35t6d0Qz6

Hurns joined the Dolphins last season after spending his four years with the Jacksonville Jaguars and the 2018 season with the Dallas Cowboys. He started seven games for the Dolphins in 2019, finishing with 32 receptions for 416 yards and two touchdowns.

The NFL's opt-out deadline is Thursday.