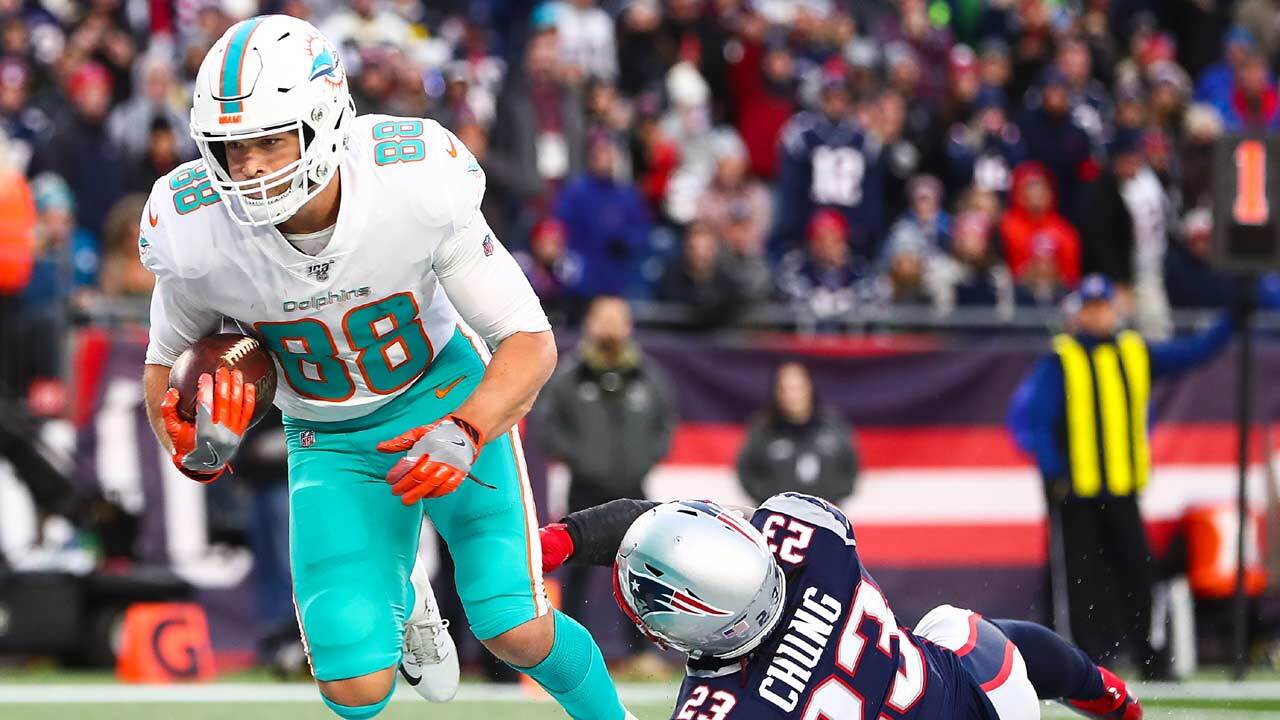 Copyright 2019 by Getty Images
Adam Glanzman/Getty Images
Mike Gesicki #88 of the Miami Dolphins scores a touchdown in the fourth quarter during a game against the New England Patriots at Gillette Stadium on December 29, 2019 in Foxborough, Massachusetts.

It was only the Dolphins fifth win of the season.

Miami started strong in the game with a 10-0 lead including an interception returned for a touchdown by cornerback Eric Rowe in the second quarter.

The Patriots came back in the second half and took the lead late in the fourth quarter when QB Tom Brady found James White for a 13-yard touchdown.

However, Fitzpatrick drove Miami down the field and found Gesicki with only 24 seconds left for the game-clincher.

The Dolphins once again got a strong effort from their wide receivers, including 137 yards receiving and eight catches by DeVante Parker.

Miami held Brady to only 221 yards passing and running back Sony Michel to 74 yards on the ground.

If the Patriots had won, they would have clinched a first round bye in the playoffs but will now have to play in the first round next week in the AFC wild card game.

The Dolphins finished the year with a two-game winning streak after starting the season with seven-straight losses. ESPN projects Miami will have the 5th pick in the 2020 NFL draft.