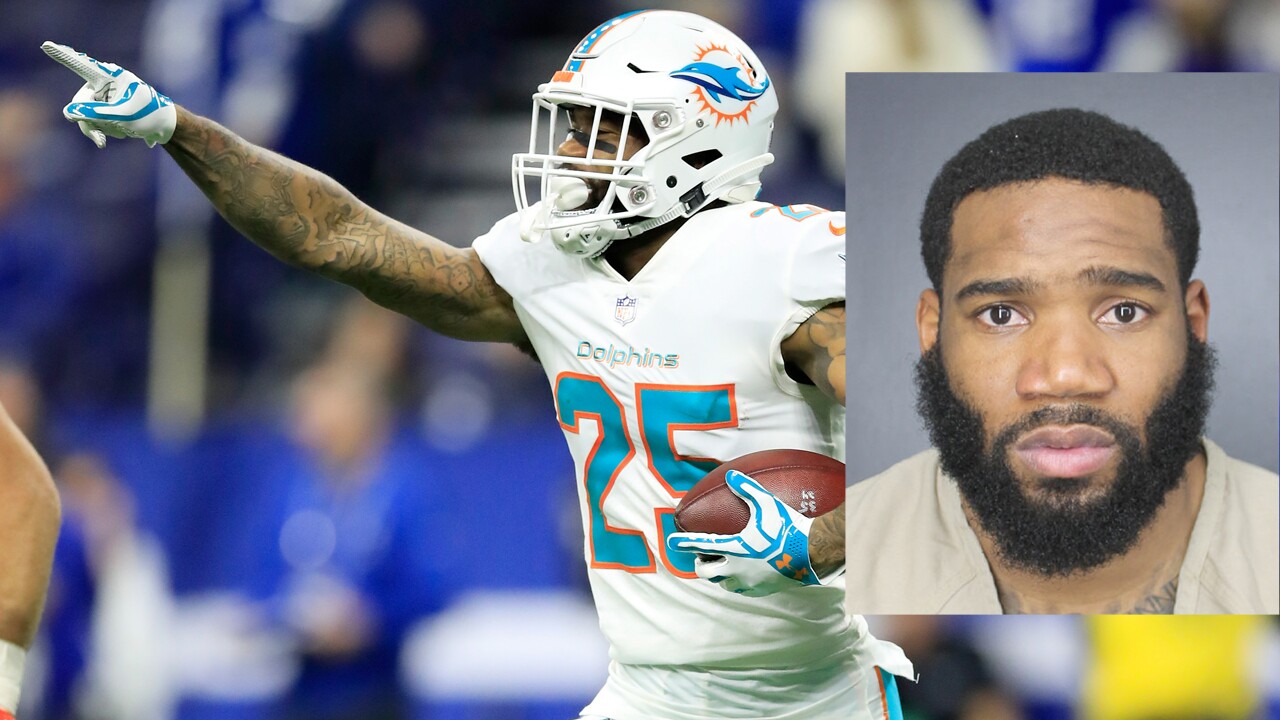 Howard, 26, was charged Sunday with one count of domestic battery, according to a Davie police arrest report.

According to the arrest report, Howard and his fianceé had an argument about a recent purchase when he allegedly grabbed her arm and pushed her against a mirrored glass wall in their home. The victim fell on the ground and had scratches and redness, according to the report.

Howard was arrested and taken to an area hospital, where he was treated due to a recent surgery, before being taken to jail. He was being held on $3,000 bond, and attorney information wasn't available.

Howard was in his fourth season with the Dolphins after being drafted in the second round of the 2016 NFL Draft, but missed the second half of this season after being placed on injured reserve in late October with a knee injury. He had surgery on the knee earlier this month.

The Associated Press reported that he did not travel with the team to New England for Sunday's game.

The Dolphins cut running back Mark Walton after he was arrested earlier this year when he was accused of punching his pregnant girlfriend.