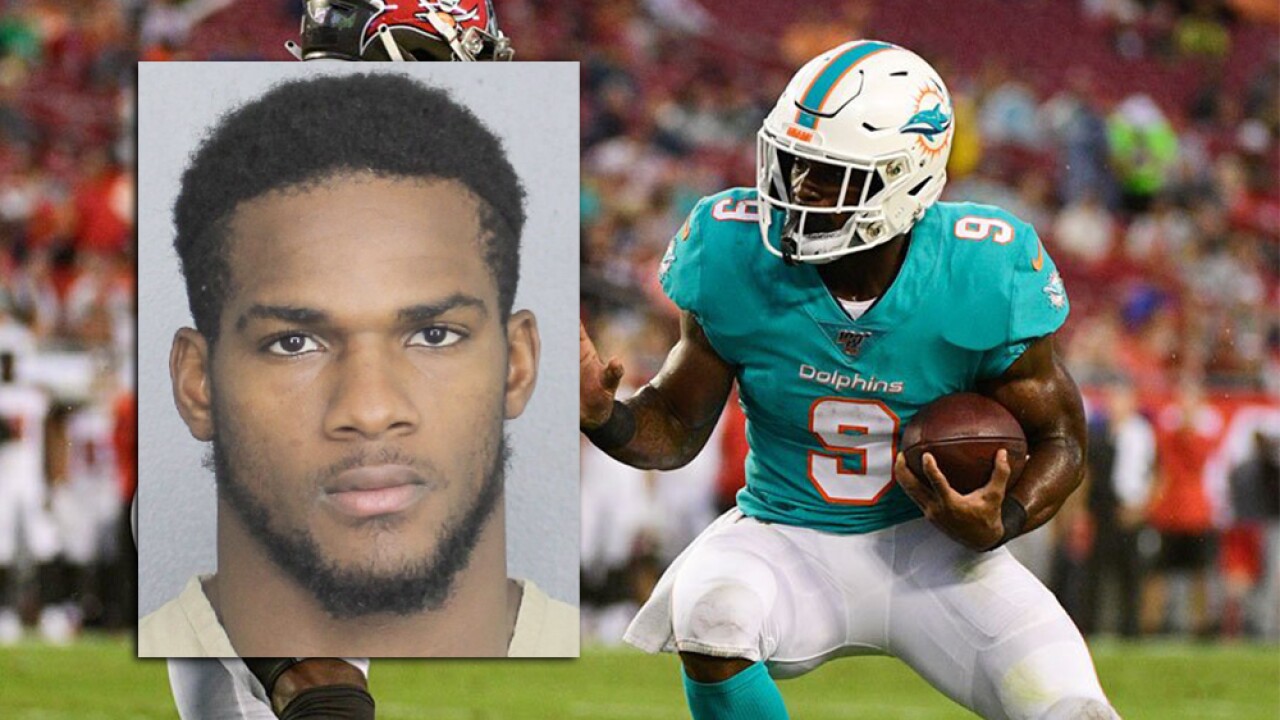 Police in the Fort Lauderdale suburb of Davie said in a report that they went to a home at 4:15 a.m. Tuesday where the woman told officers Walton pushed her against the wall and punched her several times, leaving her with a swollen eye.

Police say the woman is five weeks pregnant with the couple's child and she had told Walton about the pregnancy on Sunday. Walton was charged with aggravated battery of a pregnant person. His defense attorney declined comment.

According to a tweet from the team, the Dolphins said they were made aware of a police matter earlier Tuesday morning. The team said: "We hold our players to a high standard and take these matters very seriously. We will have no further comment at this time."

The suspension was the result of Walton being arrested three times last offseason in Miami. He was sentenced in August to six months' probation after pleading no contest to a misdemeanor weapons charge.

Other charges, including marijuana possession and reckless driving, were dismissed.

The former University of Miami star was drafted in the fourth round in 2018 by the Cincinnati Bengals. They released him after his arrests, and he signed in May with the Dolphins.

Walton would have been eligible to return to the active roster Dec. 2 following the Week 13 game against the Eagles.

Information from WPTV was also used in this report.

We have waived running back Mark Walton. pic.twitter.com/vXhON24Z4I