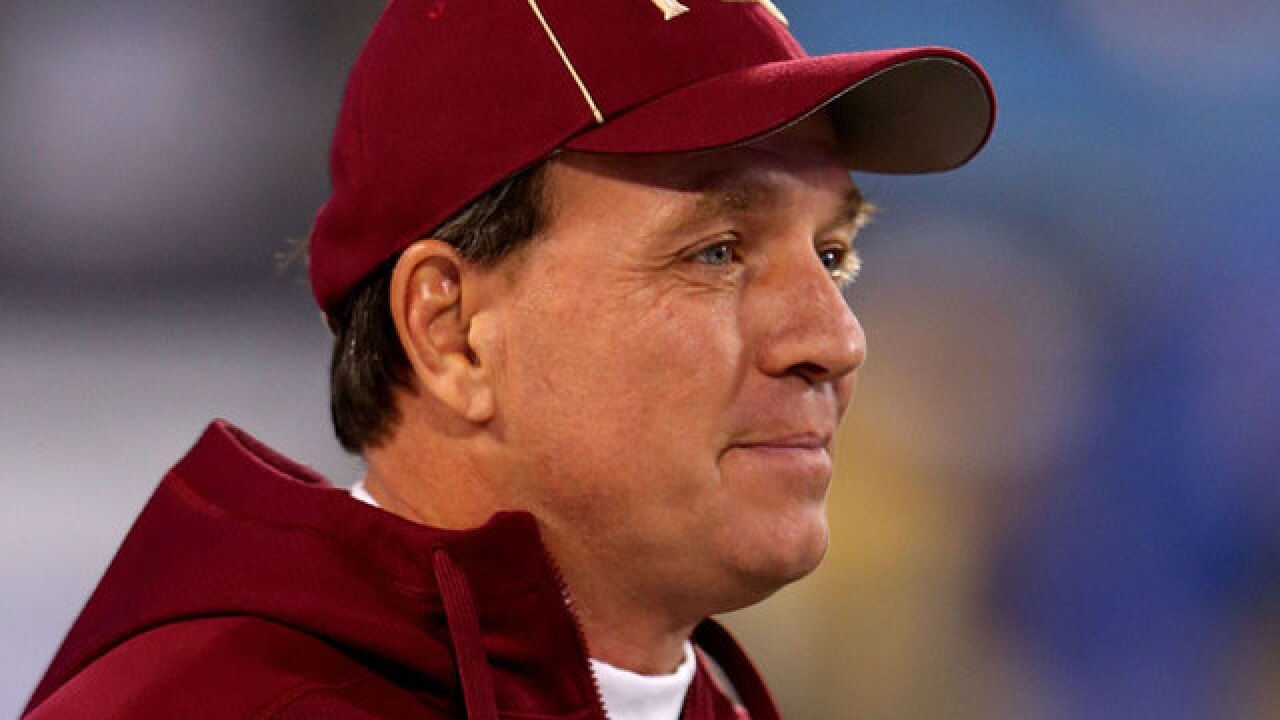 Fisher handed in his resignation after a meeting with university President John Thrasher on Friday, according to the people who spoke on condition of anonymity because Florida State had not announced the move.

Fisher leaves Florida State after eight seasons where he went 83-23. He led the Seminoles to the national championship in 2013, three Atlantic Coast Conference titles and four ACC Atlantic Division crowns. He will replace Kevin Sumlin at Texas A&M.

Florida State (5-6) faces Louisiana Monroe on Saturday and needs a win to be bowl eligible for a 36th consecutive season. Defensive line coach Odell Haggins is expected to serve as interim coach.

Rumors have been swirling for weeks that Fisher would be leaving Florida State after another lackluster season, his eighth after succeeding longtime head coach Bobby Bowden.

The Seminoles were ranked third in the AP preseason poll but lost quarterback Deondre Francois in the opener against Alabama. They were 3-6 at one point before winning their last two. Florida State also needs a win on Saturday and in a bowl game to avoid its first losing season since 1976.

According to tomahawknation.com, Fisher will get a 10-year contract worth $75 million.

#FSU coach Jimbo Fisher has put his Christmas tree outside his house to be picked up as garbage pic.twitter.com/N0pgrdL0bN