No weekend games on preseason slate this year 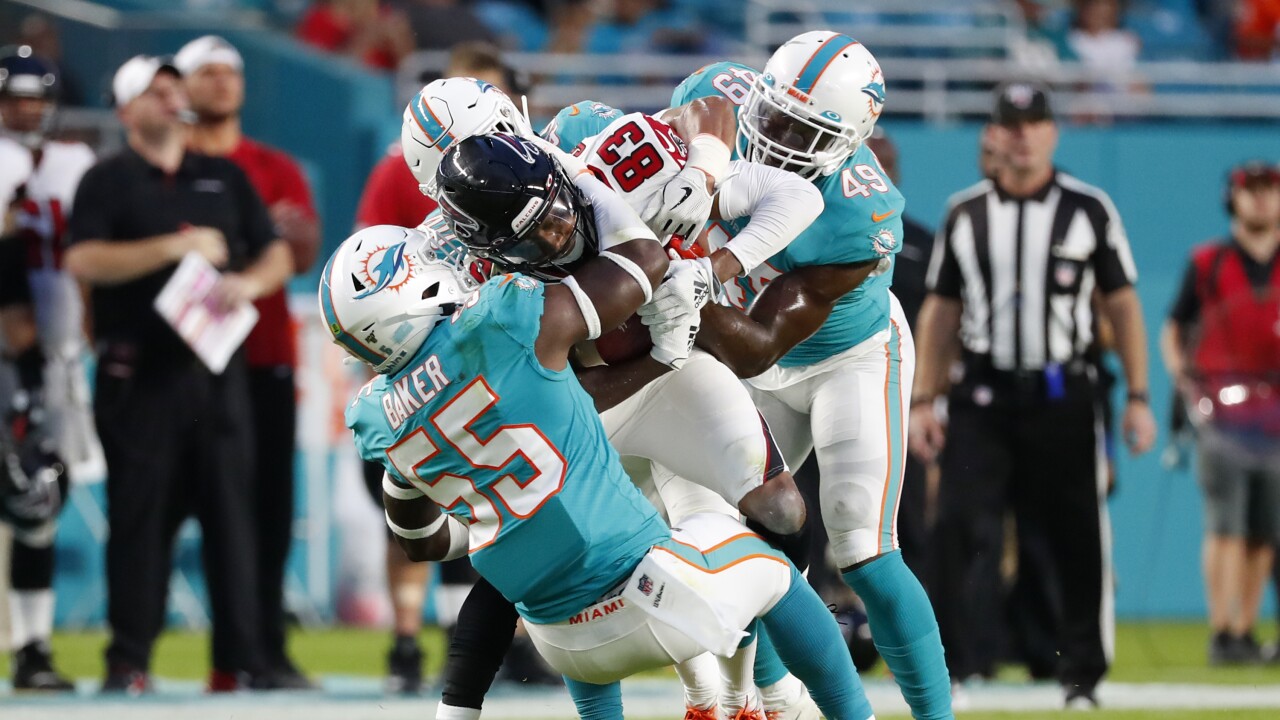 (Copyright 2020 The Associated Press. All rights reserved. This material may not be published, broadcast, rewritten or redistributed.)
Wilfredo Lee/AP
Atlanta Falcons wide receiver Russell Gage is tackled by Miami Dolphins outside linebacker Jerome Baker (55) and linebacker Sam Eguavoen (49) during the first half of a preseason game Thursday, Aug. 8, 2019, in Miami Gardens, Fla.

MIAMI GARDENS, Fla. — The Miami Dolphins finalized their preseason schedule Friday, releasing the time and dates of all four games.

Miami will open and conclude its preseason schedule on the road, beginning with an Aug. 14 trip to Atlanta and ending Sept. 3 in New Orleans. The Dolphins are 10-8 against the Falcons and 15-7 against the Saints all-time in preseason games.

The Dolphins will play at Hard Rock Stadium for the first time this year Aug. 20 against the Philadelphia Eagles. They'll host the Detroit Lions a week later Aug. 27.

Miami travels to New England to take on the Tom Brady-less Patriots in the Sept. 13 regular-season opener.

The Dolphins have posted a perfect record in the preseason five times in team history, but they haven't made it through unscathed since 2009.