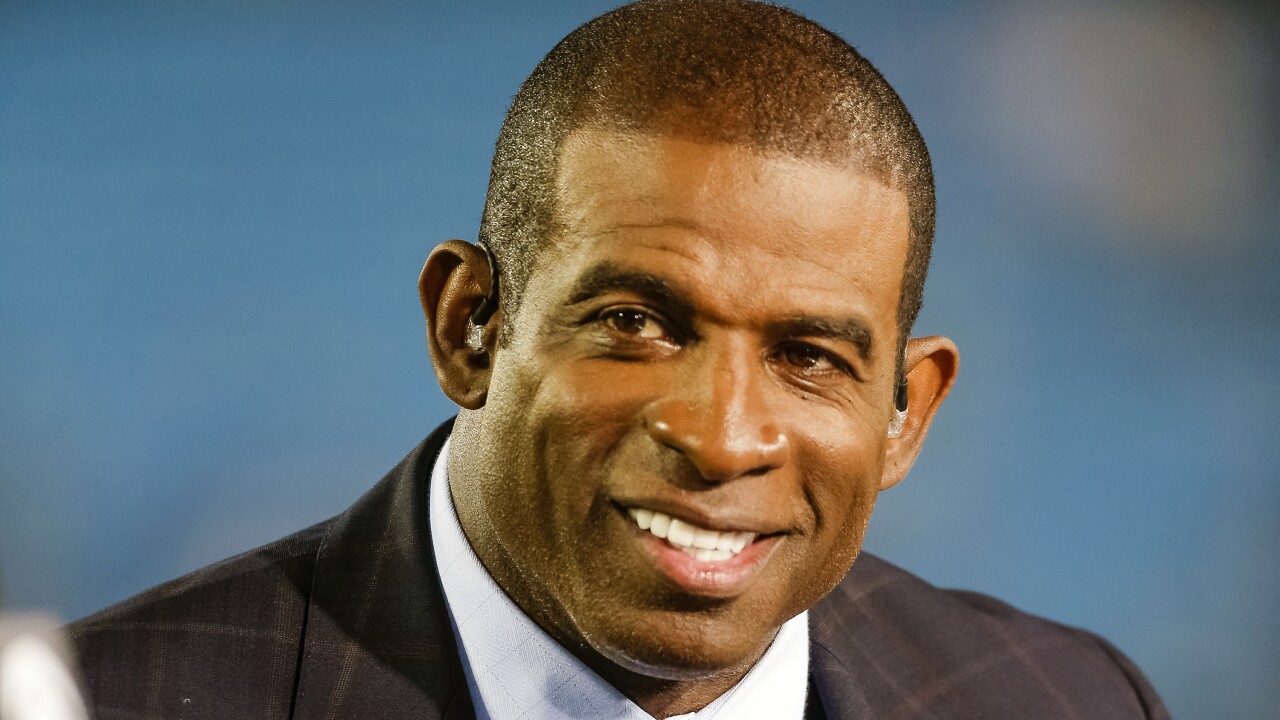 (Copyright 2020 The Associated Press. All rights reserved. This material may not be published, broadcast, rewritten or redistributed.)
Bob Leverone/AP
Deion Sanders, seen here before a "Thursday Night Football" game between the Philadelphia Eagles and Carolina Panthers on Oct. 12, 2017, will become the next football coach at Jackson State.

Sanders said in a statement that he was "truly blessed" to lead the Tigers.

Moving forward only address me as “COACH PRIME” @GoJSUTigers get ready it’s official!! I BELIEVE!!! DO YOU?? @JacksonStateU pic.twitter.com/8rTX3iSqgB

"This amazing HBCU has always enjoyed a high level of commitment academically and athletically," Sanders said. "It's my desire to continue this storied tradition and history of JSU and prayerfully bring more national recognition to the athletes, the university, the sonic boom of the south, and HBCUs in general."

.@DeionSanders' entrance to his press conference is Prime 👏

Sanders was a Pro Football Hall of Fame cornerback who is arguably the greatest player at his position in NFL history. After winning the Jim Thorpe Award presented to the nation's top defensive back while at Florida State, Sanders became a first-round draft pick of the Atlanta Falcons in 1989. He spent 14 seasons in the NFL with the Falcons, San Francisco 49ers, Dallas Cowboys, Washington Redskins and Baltimore Ravens.

Although he has never coached at the college or professional level, he has been an assistant coach at a high school in Texas.

Sanders, whose son committed to Florida Atlantic earlier this year, will lead the Tigers in the spring. The Southwestern Athletic Conference postponed fall sports because of the coronavirus pandemic.