FAU player first on team to opt out, says he'll return in 2021 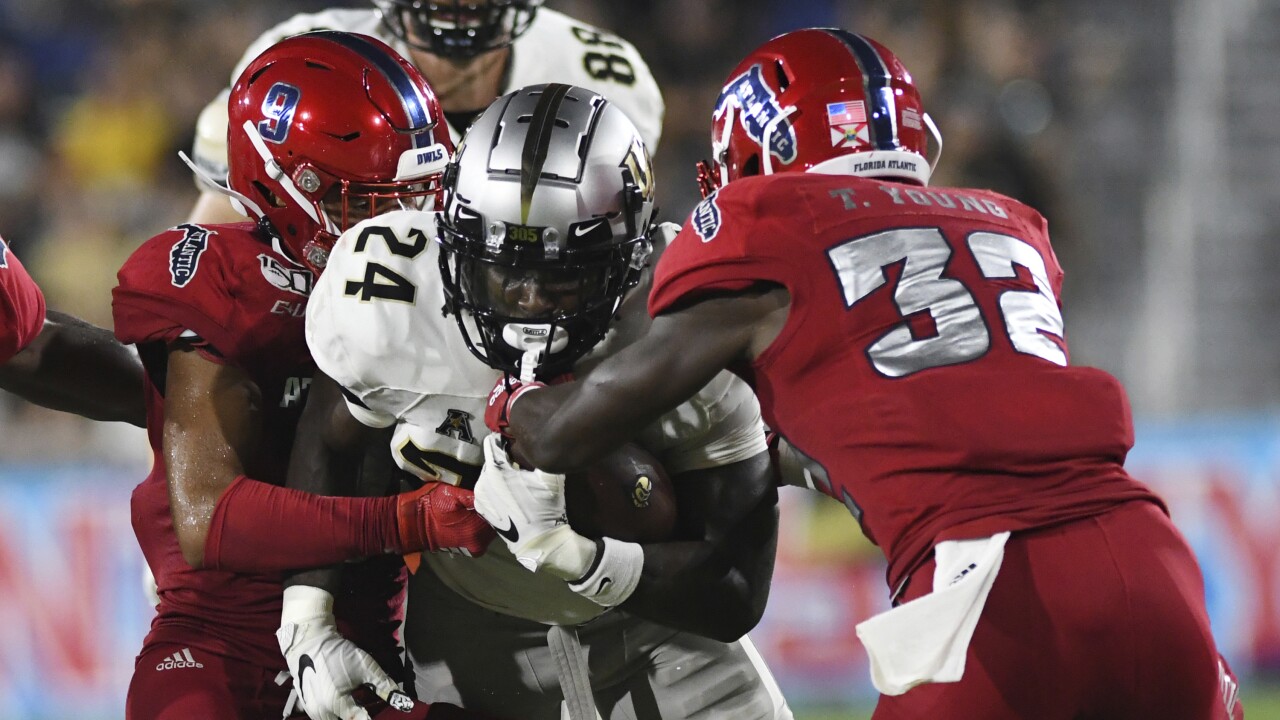 (Copyright 2020 The Associated Press. All rights reserved. This material may not be published, broadcast, rewritten or redistributed.)
Jim Rassol/AP
UCF running back Bentavious Thompson battles for a few extra yards as Florida Atlantic safety Quran Hafiz (9) closes in for the tackle during the second half of their game Saturday, Sept. 7, 2019, in Boca Raton, Fla.

FAU safety Quran Hafiz announced Saturday on Twitter that he is opting out of the 2020 season because of the coronavirus pandemic.

Hafiz becomes the first FAU player to opt out the season.

"I believe it is in my best interest to do this to avoid contracting the virus and, even worse, pass it on to my family," Hafiz tweeted.

Hafiz went on to say that it was a "hard decision with the passion and love I have for the game, my teammates and FAU."

"This will be a (sic) even harder year being without football, but decisions like this come with being a man and I realize that I'm not making decisions just for myself anymore. I have to make decisions that aren't just in my best interest, but also for my son and my family. Florida Atlantic coaches and strength coaches have been doing a great job with taking the proper protocols to prevent an outbreak, but when we start traveling and going on flights to different states is what worries me."

Hafiz said he plans to redshirt this season and return in 2021.

The 6-foot, 195-pound safety from Jacksonville has played in 39 games for the Owls the past three seasons, recording 91 tackles (52 solo) and two sacks in his college career.

The Owls must also find a new starting quarterback after losing Chris Robison, who is no longer on the team roster. New head coach Willie Taggart declined to comment on Robison's departure.