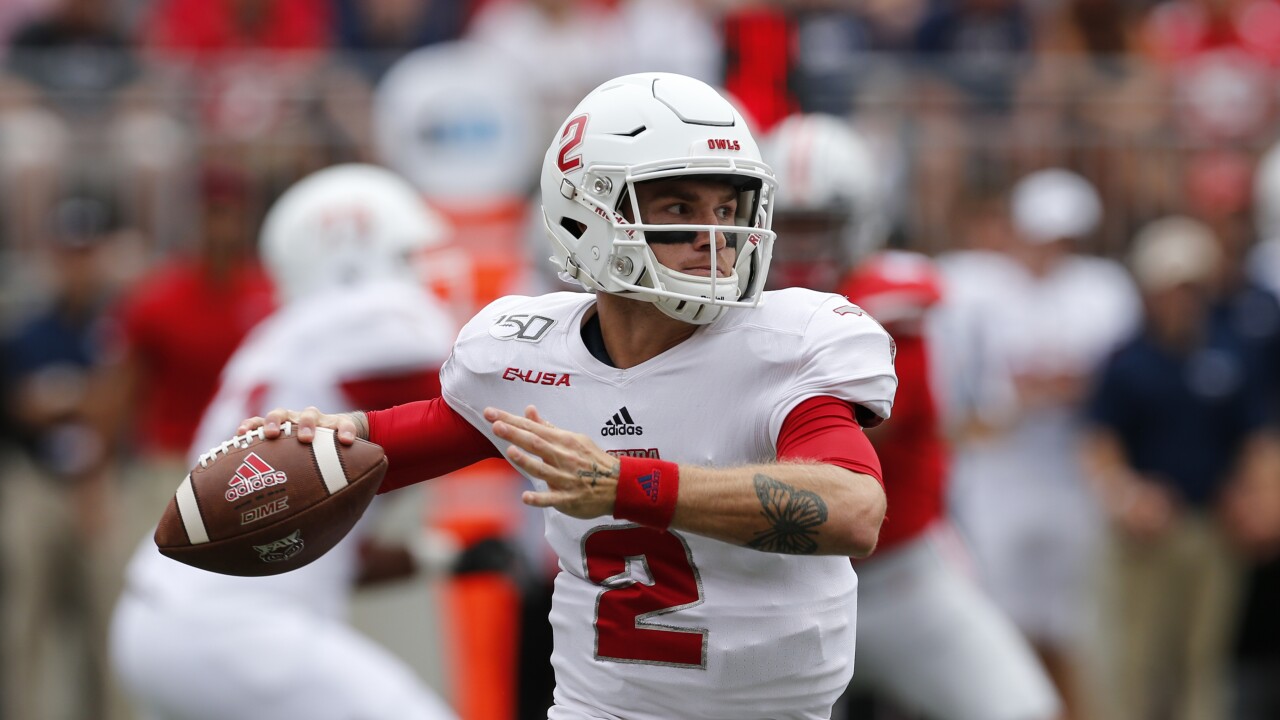 (Copyright 2020 The Associated Press. All rights reserved. This material may not be published, broadcast, rewritten or redistributed.)
Jay LaPrete/AP
Florida Atlantic quarterback Chris Robison drops back to pass against Ohio State during the first half of a game Saturday, Aug. 31, 2019, in Columbus, Ohio.

The first day of camp involved smaller groups working out together. That group was made even smaller by the departure of last season's starting quarterback.

Chris Robison is no longer with the Owls, although the school offered no further comment on the reason behind the dismissal.

Robison made his way to FAU in 2017 after being dismissed by Oklahoma because of an unspecified violation of team rules. He was suspended for spring practice last year after being accused of sexual battery but was reinstated after the student decided to withdraw the complaint.

As for the players still on the roster, they are being tested weekly for COVID-19.

Although the coronavirus pandemic has brought about changes, new head coach Willie Taggart said change is all part of the game of football.

"It's been a lot different," Taggart said in a Zoom call with reporters. "I mean, I think it's been different for everyone, myself, the players. Because it's abnormal to what we are accustomed to for so many years. You're doing things -- we are programmed to do things routinely -- and now there's been a sudden change. We always talk about that in football, the sudden change."

FAU now has four quarterbacks on its roster, none of whom have significant experience.