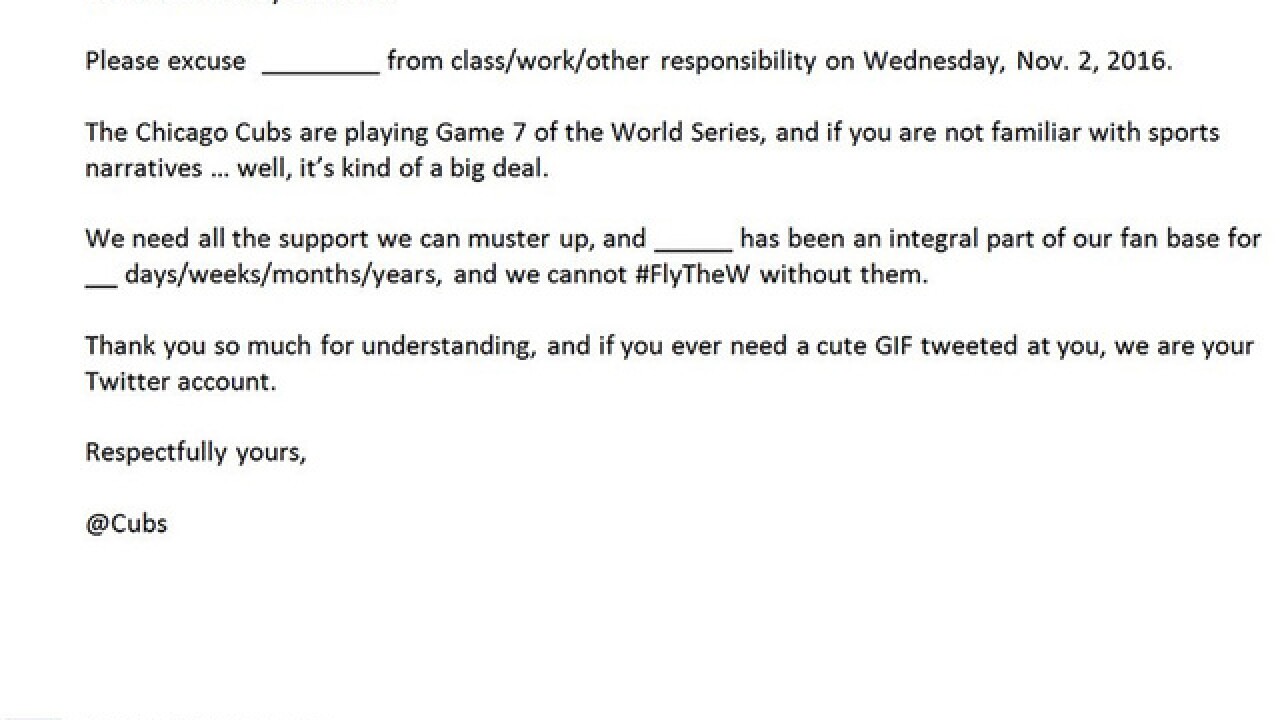 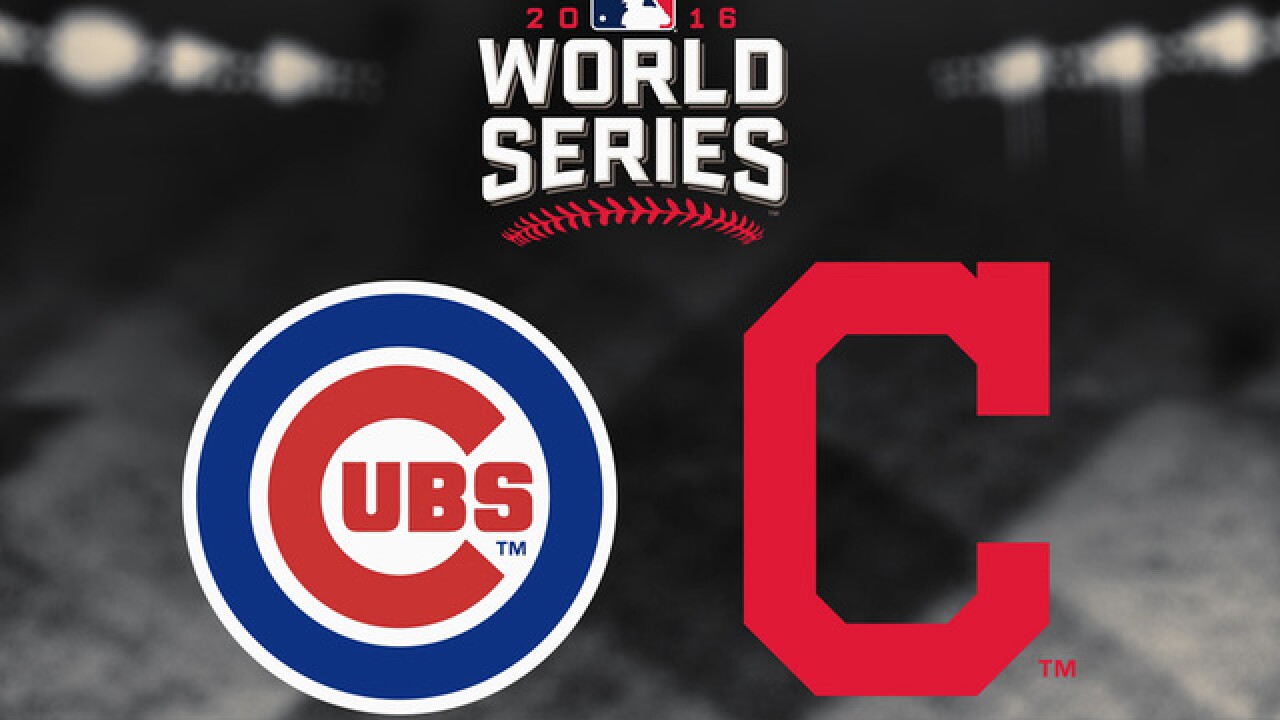 Ahead of Game 7 in the World Series, the Chicago Cubs have taken an extra step to make fans ready for the matchup.

Wednesday, the Cubs released a fill-in-the-blank excuse note for fans on Twitter through the handle @Cubs.

“If you’re not familiar with sports narratives… well, it’s kind of a big deal,” the note reads in part.

Cleveland has also been tweeting excitement, riling up the fans with play-by-play at the handle @Indians.

The Cubs have gone 108 years without a championship, the Indians have gone 68.