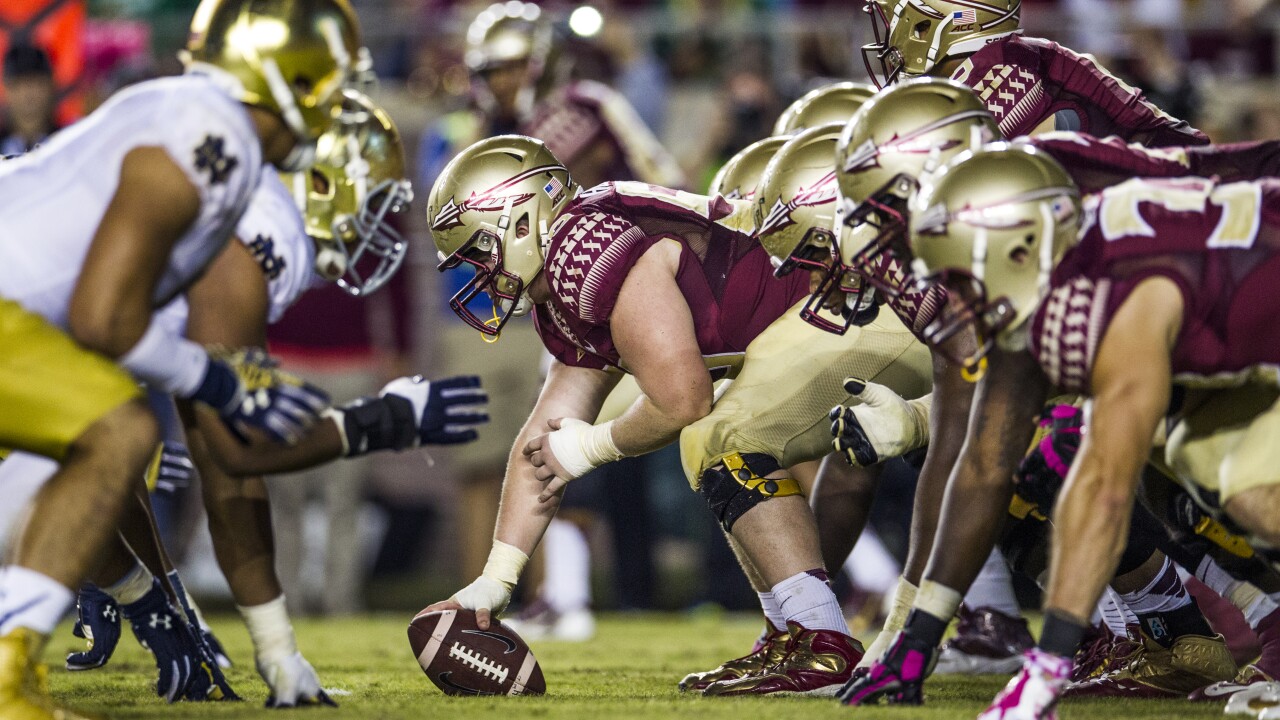 (Copyright 2020 The Associated Press. All rights reserved. This material may not be published, broadcast, rewritten or redistributed.)
Mark Wallheiser/AP
Florida State lines up against Notre Dame in the second half of a college football game, Saturday, Oct. 18, 2014, in Tallahassee, Fla. The Seminoles defeated the Fighting Irish 31-27.

TALLAHASSEE, Fla. — The 2021 season opener for Florida State and Notre Dame will now be played a day earlier.

Florida State announced Tuesday that the home game would move from its originally scheduled Sept. 6 date and "now will have the national spotlight the day before Labor Day."

A reason for the move wasn't revealed.

The Seminoles were supposed to host the Fighting Irish on Labor Day. Instead, they'll meet the Sunday before Labor Day on Sept. 5.

The Seminoles lead the all-time series 6-3, but they were on the losing end of a lopsided 42-13 score the last time they faced the Irish at Notre Dame in 2018.