What does the future hold for Florida's infamous unemployment website? 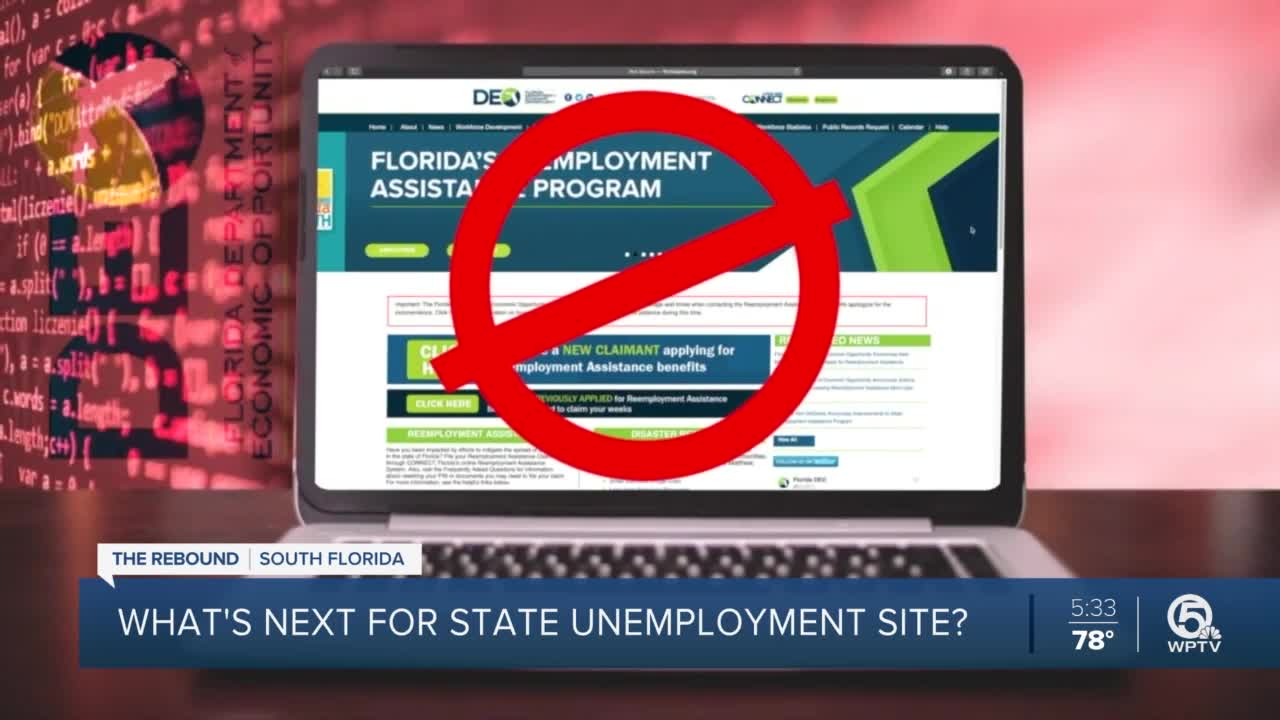 What’s next for the state’s infamous unemployment system as Florida looks to rebound from COVID-19?

TALLAHASSEE, Fla. — What’s next for the state’s infamous unemployment system as Florida looks to rebound from COVID-19?

As virus restrictions started smothering the economy in mid-March, hundreds of thousands were laid off. Many applying for unemployment benefits continued to find frustration as slowdowns, lockouts and crashes plagued the state’s benefits website CONNECT.

Fast forward a month and a half, state officials have finally made progress.

The Department of Economic Opportunity recently clearing some of the massive backlog of claims after adding servers and other upgrades to bolster site capacity.

Many are now wondering how or if Florida will permanently fix its crippled program. Lawmakers have started calling for massive improvements.

State Sen. Janet Cruz, D-Tampa, wants CONNECT, which was conceived under Gov. Rick Scott, to be gutted and remade.

“We spent $77 million on a website that was built on top of a jalopy,” said Cruz. “Inexcusable.”

Cruz, as well as a growing number of her colleagues, are also pushing the site’s designers Deloitte Consulting to foot the bill for CONNECT’s redesign.

“We’re not paying any more money,” she said. “It was a fleecing of Floridians at $77 million. I bet if we talked to a few IT folks, I’m sure they’d say ‘Gee, I’d have done it for a million and a half.’”

Deloitte Consulting defended the online portal in a statement, saying it was an improvement over previous versions.

“When the state accepted the system and we completed our work in 2015, CONNECT was vastly outperforming the systems it replaced and processing claims more efficiently and accurately than ever before," said managing director Jonathan Gandal. "We have not been involved in the system since then.”

Unemployment insurance experts think a lasting change will have to go deeper than the website. Michele Evermore with the National Employment Law Project says Florida’s problems are systemic.

“It’s the slowest state to process claims in the nation,” Evermore said.

She believes the biggest problem isn't CONNECT as much as it is the legislation guiding Florida's unemployment insurance as a whole, making it one of the most restrictive and lowest paying in the nation.

The state maxes out at $275 a week for up to 12 weeks. Most other states offer more money for longer periods.

“In 2011 and 2012, the governor and the Legislature rammed through some of the most punishing rules in the U.S. designed to actively discourage workers from applying for benefits,” Evermore said. “It’s kind of no wonder that system isn’t working now.

At the time, lawmakers billed the changes as flexible. They would boost benefits when the economy soured and reduce them as it improved. Creators didn’t anticipate a sudden and major downturn like COVID-19 as Florida saw record-low unemployment.

If further changes do come, they likely won't happen soon. The governor and legislative leadership are still cold on the idea of coming back for a special session. That’s despite calls from House and Senate Democrats to do so.

CONNECT and Florida’s unemployment insurance will perhaps need to wait until next year when lawmakers are scheduled to return to the capitol for the 2021 legislative session.

So, what do you need to know?