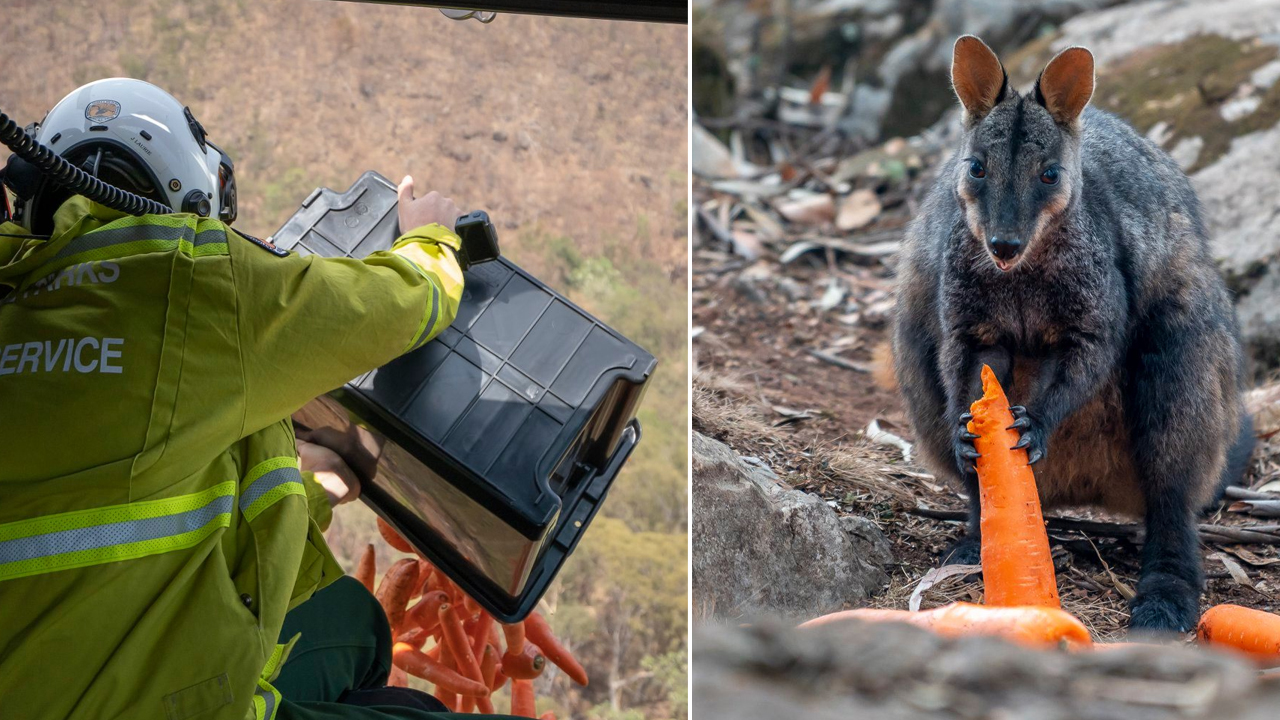 Officials in Australia loaded bins of carrots and sweet potatoes into a chopper and dropped them by air to provide food for animals impacted by recent bushfires. 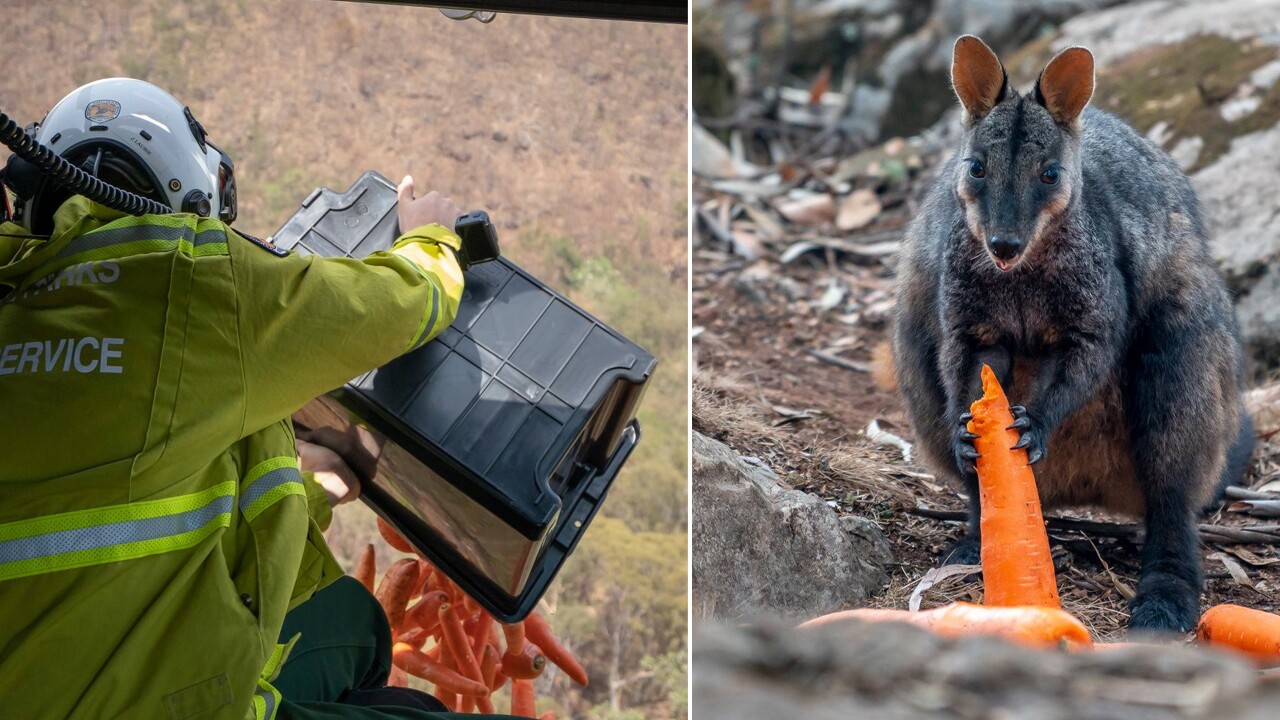 NEW SOUTH WALES, Australia — (CNN/AP/WPTV) -- Officials in Australia loaded bins of carrots and sweet potatoes into a chopper and dropped them by air to provide food for animals impacted by recent bushfires.

The New South Wales Government posted Monday on their Facebook page that more than 2,200 pounds of carrots and sweet potatoes were airdropped over fire-affected regions.

Officials said the much-needed food will help the endangered brush-tailed rock-wallabies recover from limited food and burnt vegetation in their habitats.

As of Sunday, crews battling Australia's wildfires say they have been able to turn from defense to offense for the first time in weeks thanks to a break in the weather.

The weather is expected to remain benign for the next week, although any deterioration in conditions after that could see the wildfires flare up again.

A firefighter was killed by a falling tree, bringing the death toll to at least 27 in a crisis that has destroyed more than 2,000 homes and scorched an area larger than the U.S. state of Indiana since September.

Among those who died were four firefighters.