VIDEO: American tourist rescued off the coast of Australia after catamaran capsizes

American rescued after his boat capsizes off Australian coast. 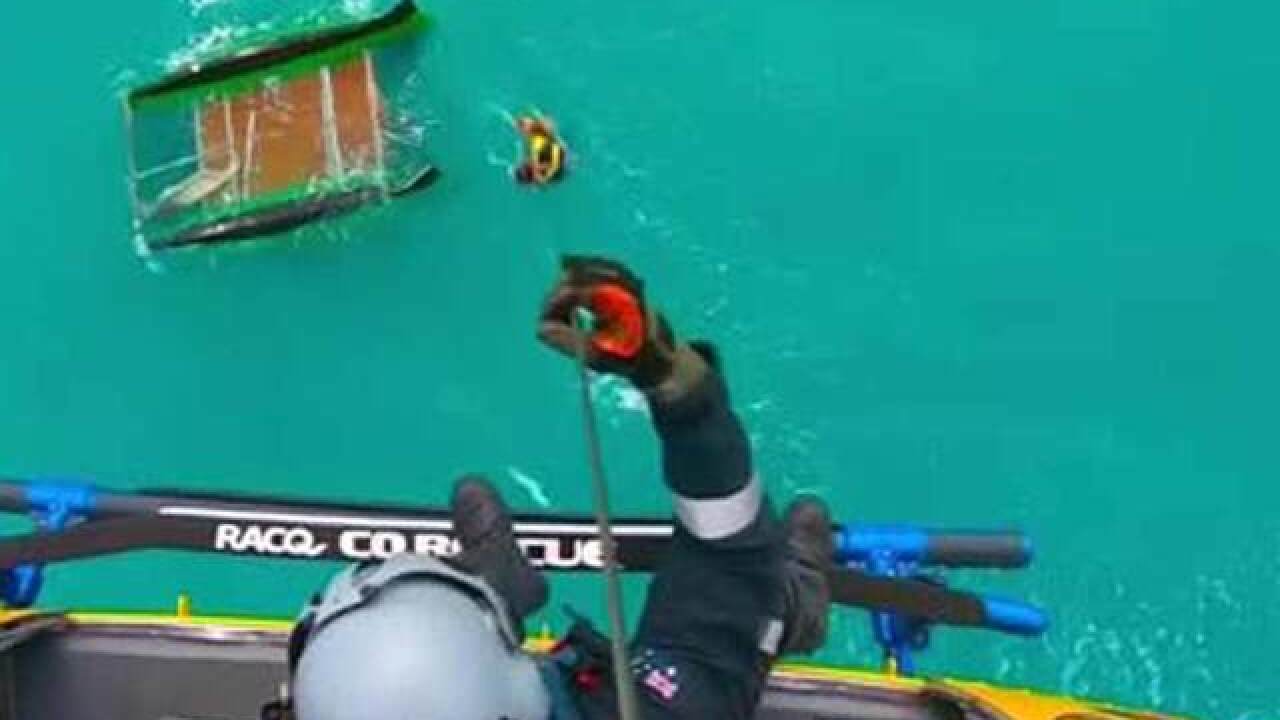 (NBC) - An American tourist had to be rescued from his 23-foot catamaran this week off the north east coast of Australia.

Levi Verwoest, 29, of Hawaii, had been sailing the Australian coast for the last three years until his vessel started taking on water Wednesday.

Verwoest activated his personal locator beacon and a rescue helicopter flew to his location in less than 15 minutes.

Video shows the sailor being winched from his capsized catamaran Thursday after spending 12 hours overnight drifting at sea.

Verwoest was calm when he spoke to local media, saying he wasn't afraid but irritated by the ordeal.

However, the American did lose all of his belongings with the catamaran.

Australia Rescue Services have asked for help on their Facebook page in getting Verwoest to Sydney and to the American consulate so he can get a new passport.