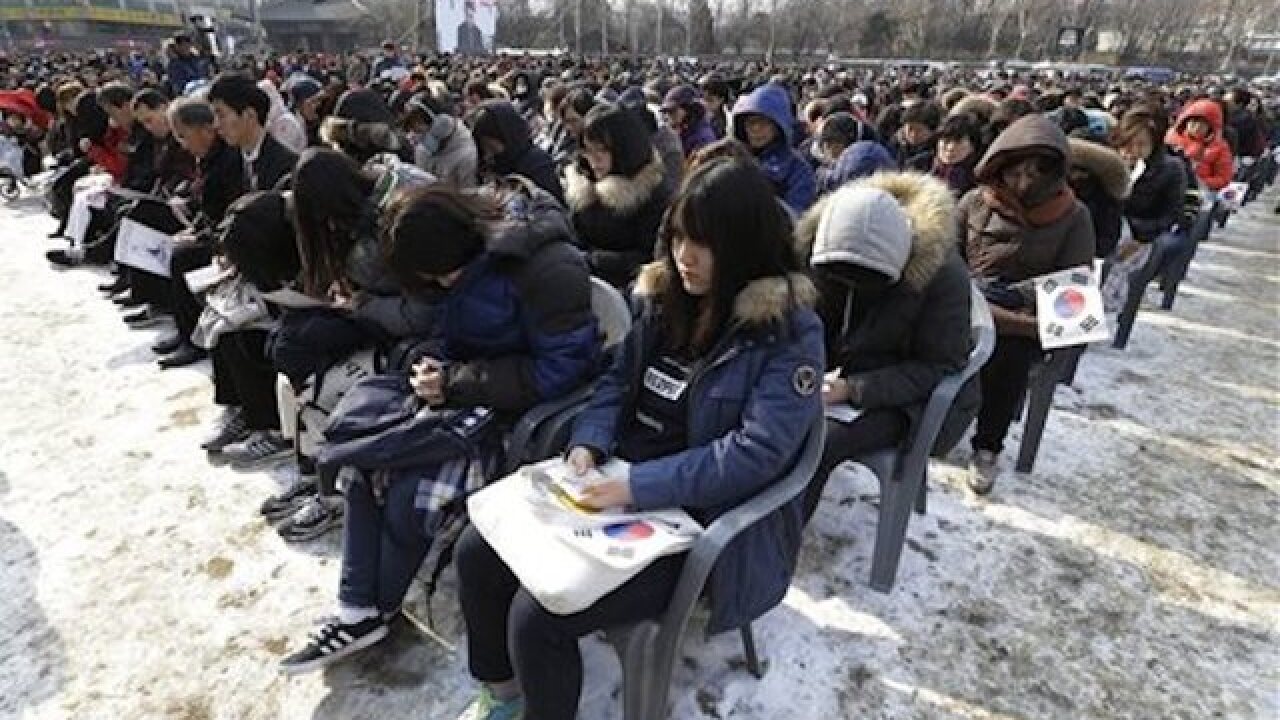 UNITED NATIONS (AP) — A U.N. Security Council vote on the toughest sanctions on North Korea in two decades has been postponed until Wednesday morning at Russia's request, France said Tuesday.

The United States had asked the council to schedule a vote Tuesday afternoon on the draft resolution in response to Pyongyang's latest nuclear test and rocket launch.

A vote on the resolution, drafted by the U.S. and North Korea's traditional ally China, has been held up for several days by Russia, which asked for more time to study the lengthy text and reportedly suggested changes.

The draft resolution for the first time would subject cargo ships leaving and entering North Korea to mandatory inspections. It also would prohibit the sale of small arms and other conventional weapons to North Korea, closing a loophole in earlier resolutions.

U.S. Ambassador Samantha Power has said the sanctions would limit and in some cases ban exports of coal, iron gold titanium and rare earth minerals from North Korea and would prohibit countries from supplying aviation fuel, including rocket fuel, to the country.

But the draft resolution lets countries determine whether such exports are for military or humanitarian purposes, which takes into account the bleak humanitarian situation of the majority of North Koreans.

Items such as luxury watches, snowmobiles, recreational water vehicles and lead crystal have been added to a long list of luxury goods that North Korea is not allowed to import.

As with previous resolutions, the test will be whether U.N. member states enforce the sanctions. A U.N. panel of experts monitoring the sanctions has repeatedly pointed out that enforcement can be weak.

North Korea started off the new year with what it claims was its first hydrogen bomb test on Jan. 6 and followed up with the launch of a satellite on a rocket on Feb. 7. It was condemned by much of the world as a test of banned missile technology.

Over the past 20 years, North Korea has conducted four nuclear tests and launched six long-range rockets, all in violation of Security Council resolutions.

The U.S., its Western allies and Japan have pressed for new sanctions that go beyond the North's nuclear and missile programs. But China, Pyongyang's neighbor, is reluctant to impose measures that could threaten the stability of North Korea and cause its economy to collapse.