Ukraine marks the 30th anniversary of the Chernobyl disaster 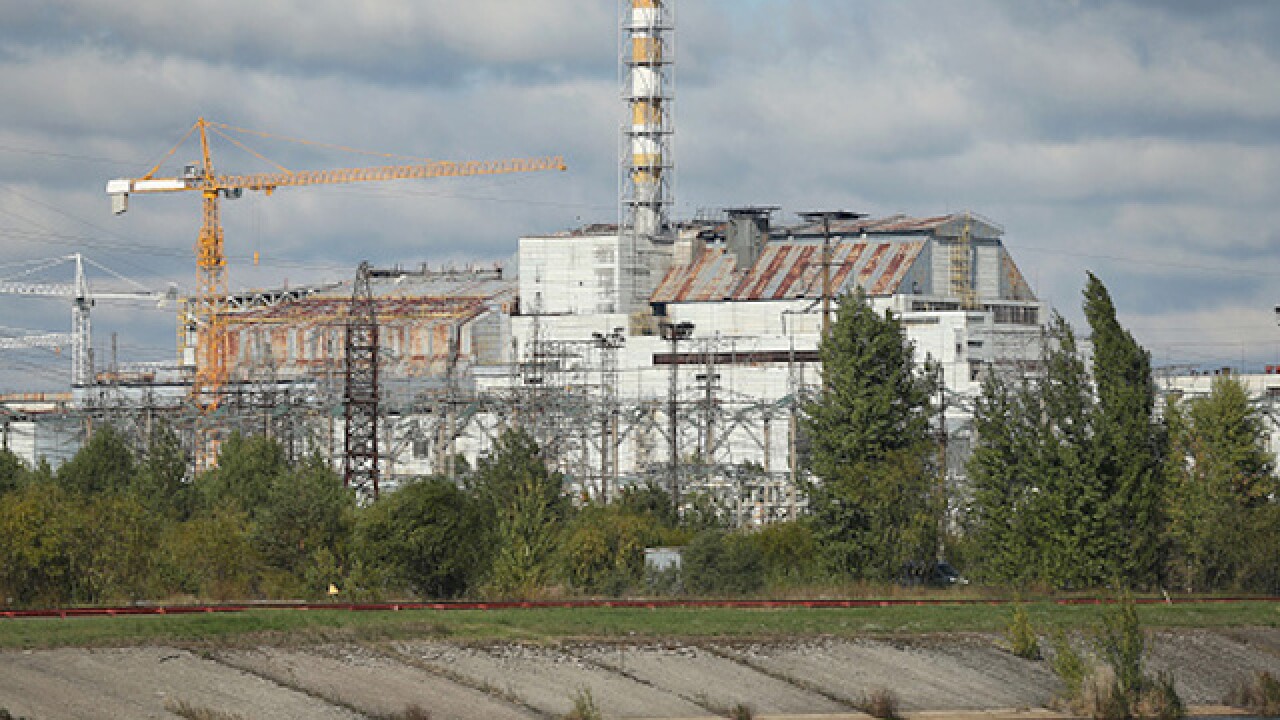 &lt;p&gt;CHORNOBYL, UKRAINE - SEPTEMBER 30: The building that on its left side houses the remains of reactor number four stands at the site of the former Chernobyl nuclear power plant on September 30, 2015 near Chornobyl, Ukraine. (Photo by Sean Gallup/Getty Images)&lt;/p&gt;

KIEV, Ukraine (AP) — As Ukraine and Belarus on Tuesday marked the 30th anniversary of the Chernobyl nuclear accident with solemn words and an angry protest, some of the men who were sent to the site in the first chaotic and frightening days were gripped by painful memories.

Ukrainian President Petro Poroshenko led a ceremony in Chernobyl, where work is underway to complete a 2 billion euro ($2.25 billion) long-term shelter over the building containing Chernobyl's exploded reactor. Once the structure is in place, work will begin to remove the reactor and its lava-like radioactive waste.

The disaster shone a spotlight on lax safety standards and government secrecy in the former Soviet Union. The explosion on April 26, 1986, was not reported by Soviet authorities for two days, and then only after winds had carried the fallout across Europe and Swedish experts had gone public with their concerns.

About 600,000 people, often referred to as Chernobyl's "liquidators," were sent in to fight the fire at the nuclear plant and clean up the worst of its contamination. Thirty workers died either from the explosion or from acute radiation sickness within several months. The accident exposed millions in the region to dangerous levels of radiation and forced a wide-scale, permanent evacuation of hundreds of towns and villages in Ukraine and Belarus.

At a ceremony in their honor in Kiev, some of the former liquidators told The Associated Press of their ordeal and surprise that they lived through it.

Oleg Medvedev, now 65, was sent to the zone on the first day of the crisis, to help evacuate the workers' city of Pripyat, less than four kilometers (2.5 miles) from the destroyed reactor. Four days later "I already had to go away from the zone because I'd received the maximum allowable radiation dose. Thirty years passed and I'm still alive, despite doctors giving me five. I'm happy about that."

"My soul hurts when I think of those days," said Dmitry Mikhailov, 56. He was on a crew sent to evacuate a village where residents knew nothing of the accident.

"They smiled at us. They didn't understand what was happening," he said. "I wish I knew where and how they are now. I just can't forget them."

In Minsk, the capital of Belarus, where the government is bringing farming to long fallow lands affected by Chernobyl fallout, more than 1,000 people held a protest march through the city center.

Belarus routinely cracks down on dissent, but authorities allowed the march.

The final death toll from Chernobyl is subject to speculation, due to the long-term effects of radiation, but ranges from an estimate of 9,000 by the World Health Organization to one of a possible 90,000 by the environmental group Greenpeace.

The Ukrainian government, however, has since scaled back benefits for Chernobyl survivors, making many feel betrayed by their own country.

"I went in there when everyone was fleeing. We were going right into the heat," said Mykola Bludchiy, who arrived in the Chernobyl exclusion zone on May 5, just days after the explosion. "And today everything is forgotten. It's a disgrace."

He spoke Tuesday after a ceremony in Kiev, where top officials were laying wreaths to a Chernobyl memorial.

At midnight on Monday, a Chernobyl vigil was held in the Ukrainian town of Slavutych, where many former Chernobyl workers were relocated.

Thirty years later, many could not hold back the tears as they brought flowers and candles to a memorial for the workers killed in the explosion. Some of the former liquidators dressed in white robes and caps for the memorial, just like the ones they had worn so many years ago.

Andriy Veprev, who had worked at the Chernobyl nuclear plant for 14 years before the explosion and helped to clean up the contamination, said memories of the mayhem in 1986 were still vivid in his mind.

"I'm proud of those guys who were with me and who are not with us now," he said.

In Russia, President Vladimir Putin, in a message to the liquidators, called the Chernobyl disaster "a grave lesson for all of mankind."