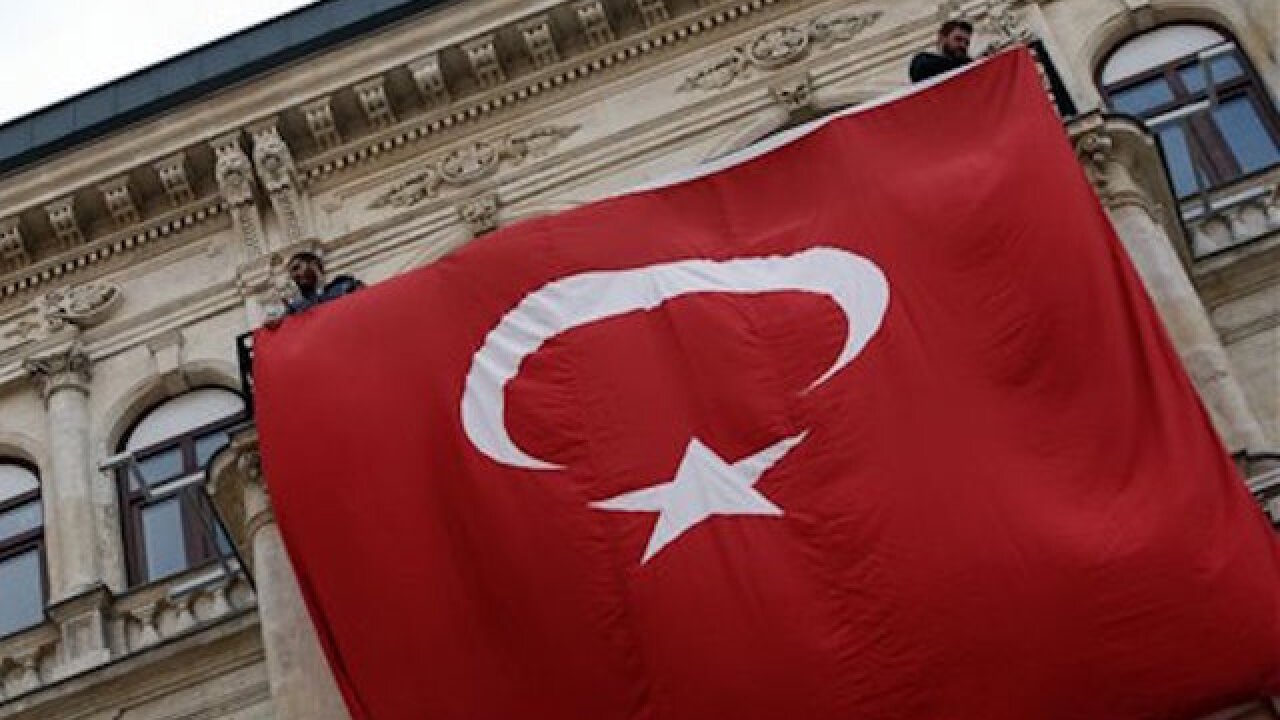 DIYARBAKIR, Turkey (AP) — Six police officers were killed Thursday in an explosion caused by a bomb-laden car in the mainly Kurdish city of Diyarbakir, Turkish news agencies reported. The explosives detonated as a vehicle carrying special forces and riot police passed by.

A local official, who spoke on condition of anonymity because there had not been a formal announcement, said all the dead were members of the security forces.

The state-run Anadolu Agency reported six dead and 23 wounded, including nine civilians, in the attack near a bus terminal. It said a vehicle carrying special forces was caught in the blast.

The blast damaged several cars and shattered almost all the windows of a high rise building in the area.

At least six ambulances deployed to collect casualties and security forces rushed to seal off the area.

The attack comes one day before Turkish Prime Minister Ahmet Davutoglu is due to visit the city, including the historic Sur district where several neighborhoods are under curfew.

Turkey has been imposing curfews in several districts of the southeast since August to flush out militants linked to the outlawed Kurdistan Workers' Party, or PKK. The Kurdish rebels have set up barricades, dug trenches and planted explosives to keep security forces at bay.

The military operations have raised concerns over human rights violations and scores of civilian deaths. Tens of thousands of people have been displaced in the fighting.