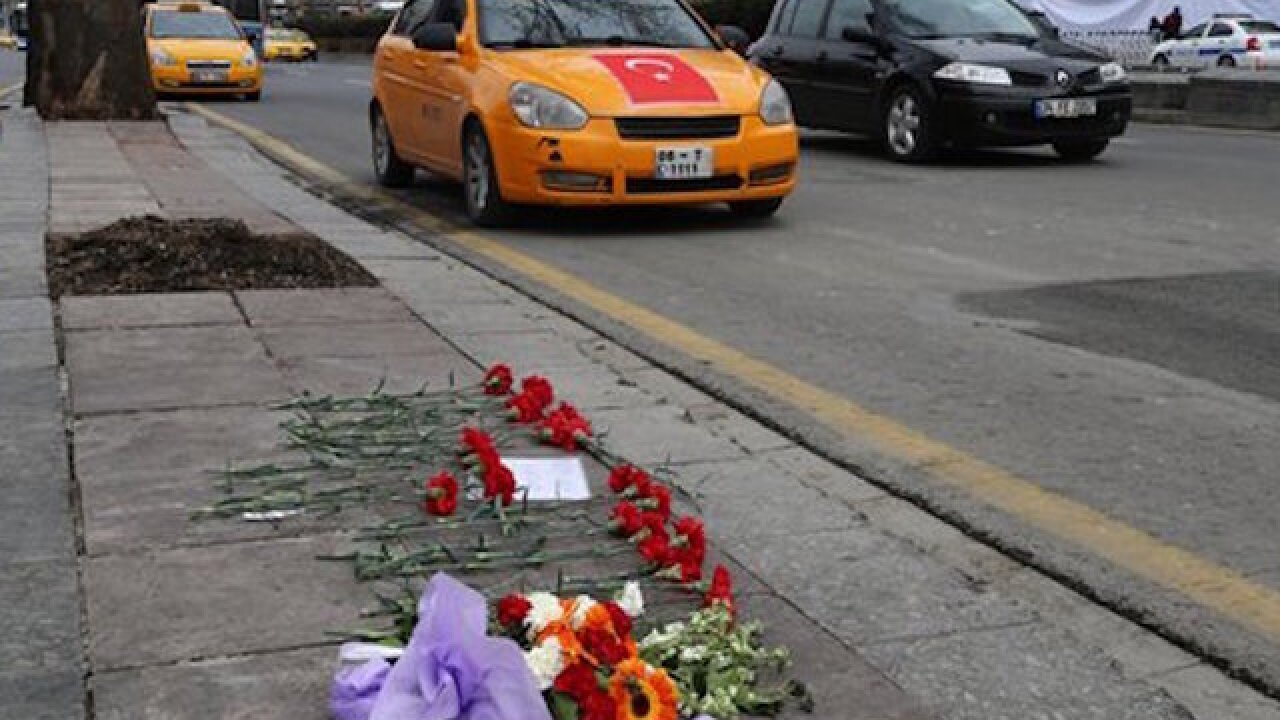 Copyright Associated Press
&lt;p&gt;Flowers left by local people at Sunday's explosion site in Ankara, Turkey, Tuesday, March 15, 2016. Turkey on Tuesday identified the attacker who carried out a deadly suicide bombing in Ankara as a 24-year-old woman who allegedly joined the Kurdish rebel group in 2013 and trained in Syria. An Interior Ministry statement identified the suicide car bomber blamed for killing 37 people, including herself, on Sunday as Seher Cagla Demir. A possible male accomplice, who was also killed, has not yet been identified.(AP Photo/Burhan Ozbilici)&lt;/p&gt;

ANKARA, Turkey (AP) — The number of tourists visiting Turkey dropped by 10 percent in February compared to last year, in a worrying sign for the country whose economy relies on tourism revenues.

The drop comes has Turkey — a neighbor of Syria — has been hit by a series of terror attacks, including two in Istanbul that killed 12 German tourists in January, and three Israelis and an Iranian earlier this month. Israel issued a travel warning on Monday advising its citizens to leave Turkey.

A row with Moscow over Turkey's downing of a Russian plane has also resulted in fewer visitors from Russia.