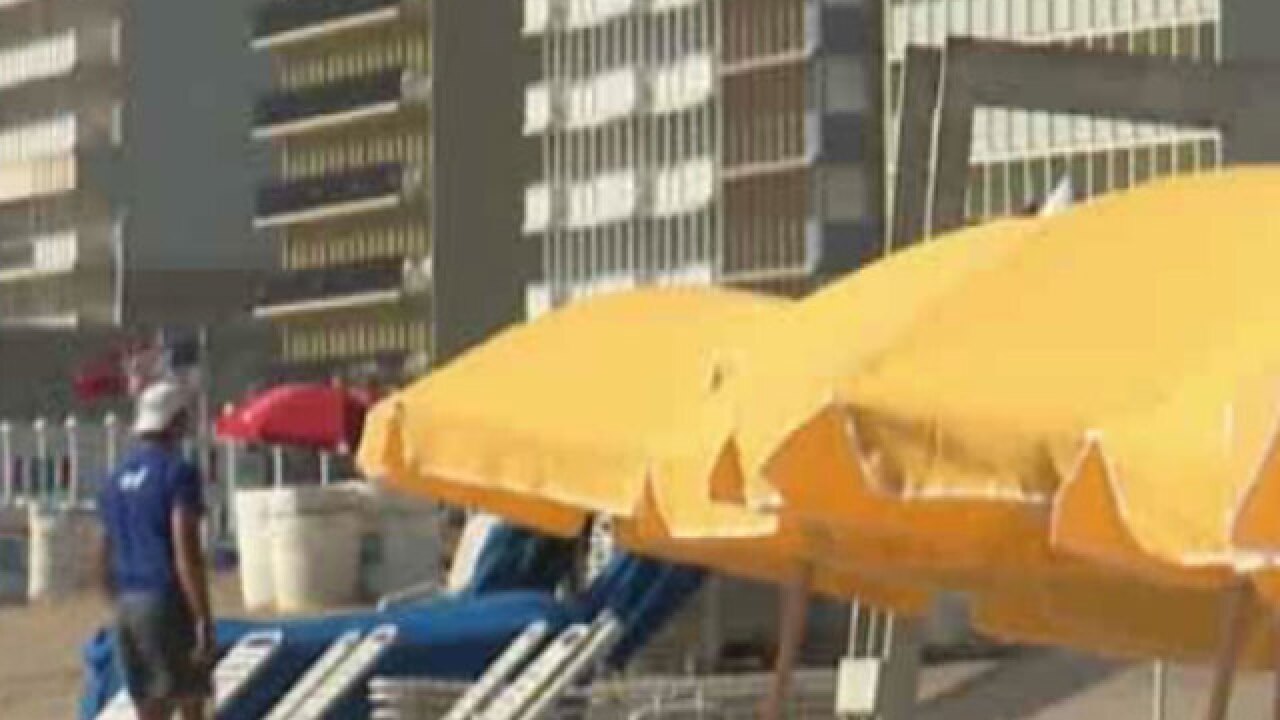 &lt;p&gt;&lt;span style="font-family: Arial, Helvetica, sans-serif;"&gt;A fun day on the beach turned deadly for a Chesterfield, Virginia woman after she was impaled by an umbrella.&lt;/span&gt;&lt;/p&gt;

SEASIDE HEIGHTS, N.J. (AP) — Police say a female tourist from England was impaled by a beach umbrella on the New Jersey shore.

The Asbury Park Press reports 67-year-old Margaret Reynolds of London was at Seaside Heights Monday afternoon when part of the umbrella pierced her right ankle and was driven completely through due to the "force of the wind."

Borough Police Chief Tommy Boyd says fire crews had to use a bolt cutter on the umbrella to free the woman and put her in an ambulance.

Authorities have not released further details on how the woman was injured.

Her current condition has not been released.