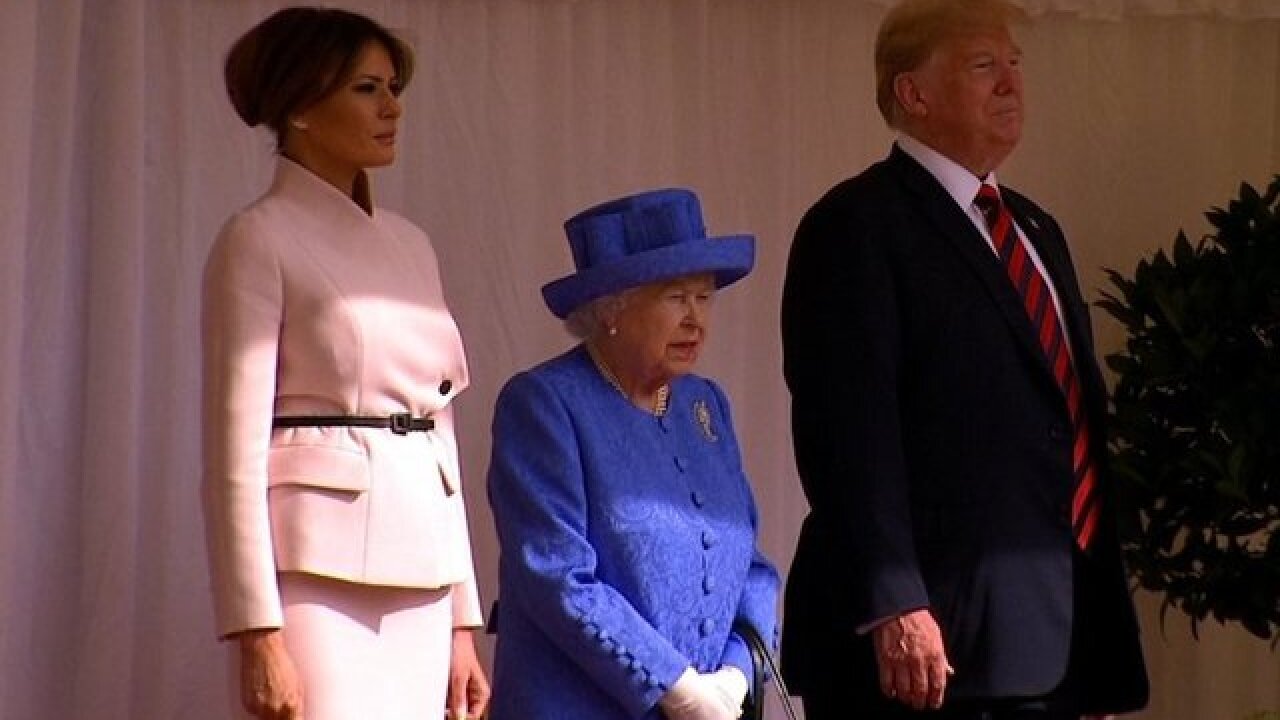 Donald Trump and first lady Melania Trump met Queen Elizabeth II at Windsor Castle Friday evening, a regal conclusion to the official portion of the US President's visit to the United Kingdom.

The Trumps entered the castle's Quadrangle by Range Rover after arriving on the castle grounds by helicopter. They arrived at the dais at 5:00 p.m. local time, where they were greeted by the Queen. The President wore a suit and tie and the first lady wore a pale pink Dior suit with matching skirt and black belt.

The Queen, 92, stood at the dais as she awaited the Trumps, who each shook her hand. She was dressed in a royal blue suit with matching hat and signature black handbag and white gloves. She was accompanied by Lt. Col. Sir Andrew Ford, comptroller of Lord Chamberlain's Office.

The President and first lady stood with their hands on the hearts as the band of the Coldstream Guards played the US National Anthem, the Queen solemnly standing with her hands clasped and head bowed.

Next, the President and Queen inspected the front rank of the Guard of Honour, while the first lady remained on the dais. The Queen appeared to briefly herd the President, gesturing for him to walk, the President mindful of royal protocol. Trump and the Queen then returned to the dais.

The Queen chatted with the Trumps as planes were heard overhead. The trio watched as the Coldstream Guards marched past the dais in perfect formation and the military band played before they entered the Sovereign's Entrance of Windsor Castle for tea precisely 10 minutes after their arrival.

Queen Elizabeth II has met every US president since 1952, with the exception of Lyndon B. Johnson.

The President and first lady's European trip continues with a weekend trip to Scotland before arriving in Helsinki, Finland, for a highly anticipated summit with Russian President Vladimir Putin.