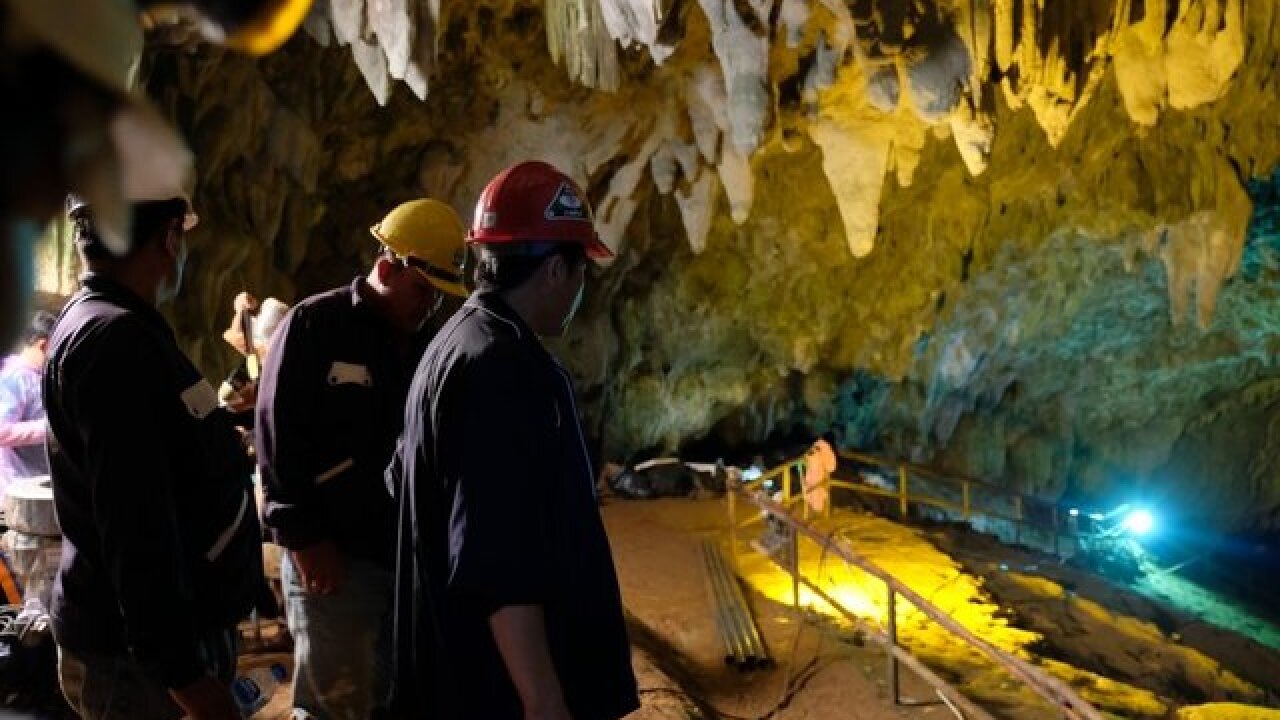 (CNN) -- The 12 boys who were trapped in a cave in northern Thailand for almost three weeks paid tribute to the Navy SEAL who lost his life during the rescue operation.

Wiping away tears, the boys wrote messages of thanks on a portrait of the former Navy SEAL Saman Kunan, who died July 6 during an operation to deliver oxygen tanks to the trapped teens and their coach.

Kunan, 38, ran out of air while underwater, an official said at the time.

His death came at a pivotal moment in the rescue operation, as teams ramped up their efforts to free the boys ahead of forecast monsoonal rain and dropping oxygen levels in the cave.

Doctors decided last week to ask the boys' relatives to tell them about the death of Kunan, according to the Thai Public Health Ministry's permanent secretary Dr. Jedsada Chokedamrongsook.

A team of psychiatrists was also on hand to monitor their mental health, the doctor said.

The boys, ages 11 to 16, wrote messages of thanks and promised to be "good guys" on a portrait of Kunan.

All the members of the Wild Boars soccer team are in good health and are expected to be discharged from hospital by Thursday, the Health Ministry said in a statement Saturday.

"I understand that everyone is worried and have good wishes for them," Dr. Chokedamrongsook said.

"(We) don't want to blame or accuse anyone (of their ordeal). I want this time to become a period to help or support each other -- to be a beautiful moment for all people across the country," Chokedamrongsook added.

The boys and their 25-year-old coach were freed over three days last week, bringing to an end a complex rescue mission involving hundreds of experts from across the world.

The soccer team became trapped deep inside the Tham Luang cave network during an outing on June 23, after a sudden rush of flood water cut them off.

They were discovered nine days later by two British divers, perched on a small ledge of dry land about 4 kilometers (2.5 miles) from the cave's entrance.

Boys 'just wanted to visit the cave for an hour'

Tanawat Viboonrungruang, the father of the youngest boy, 11-year-old Chanin, told CNN on Friday that his son had just wanted to "visit the cave for an hour."

But after the flash floods, the boys and their coach ran deep inside the cave, where they became trapped.

Viboonrungruang said his son, nicknamed Titun, had told him their coach, Ekkapol Ake Chantawong, had told the boys to run away from the water and go to higher ground.

Inside the freezing cave, the coach and another boy hugged Titun to keep him warm, said his father.

After more than week trapped in the cold and dark, they finally saw a flash light. The boys came down from a small hill inside the cave and shouted for help.

Parents of the boys have since been advised by doctors not to speak to the press for at least a month, as they recover from the traumatic experience.