Syria has taken control of eastern Aleppo from ISIS 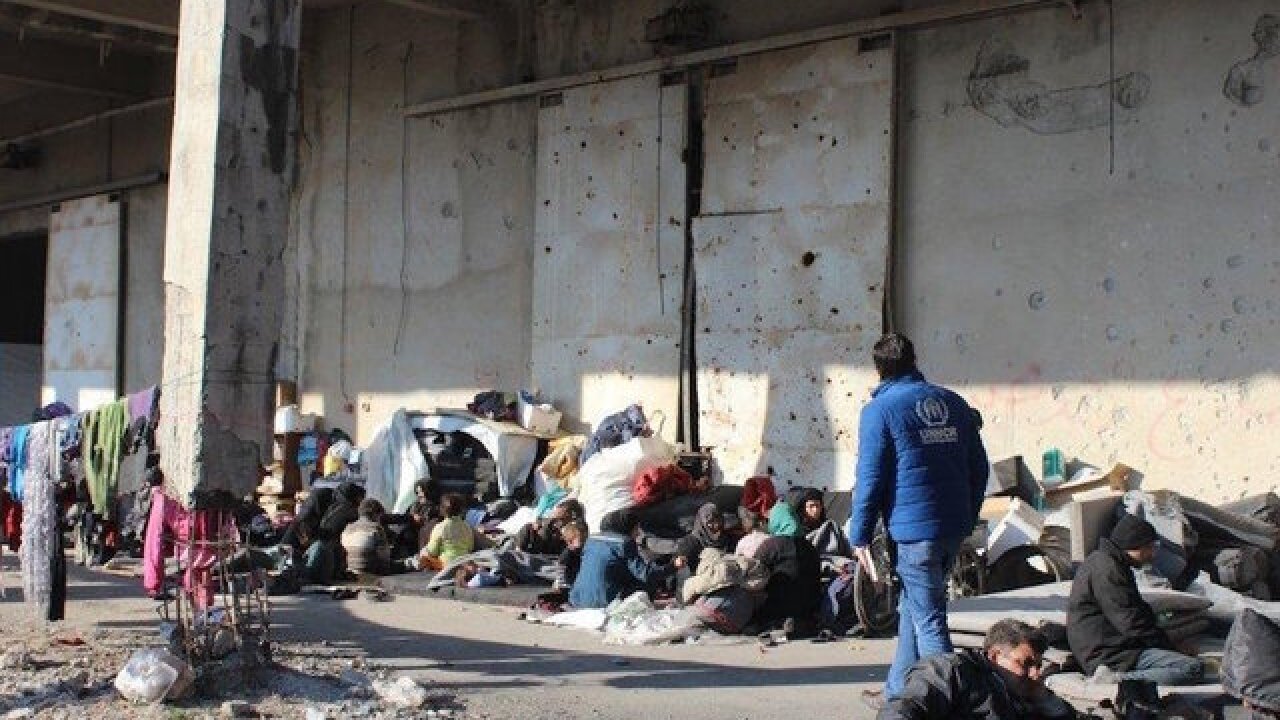 "Over the last hour we've received information that the military activities in east Aleppo have stopped," Churkin said, according to a simultaneous translation provided by the UN. "So there's no question about cessation of hostilities, or humanitarian operations. The Syrian government has established control over east Aleppo so now the stage has come for practical humanitarian initiatives."

Sources inside Aleppo tell CNN a ceasefire and evacuation agreement has been reached in the beleaguered eastern part of the city.

Aleppo Media Center (AMC) posted to its Facebook page Tuesday that a ceasefire had announced in Aleppo "in preparation for the evacuation of civilians from besieged areas through safe passages."

AMC said, "Within hours, civilians and military factions will be evacuated from the besieged city to Aleppo's northern and western countryside."

The Aleppo ceasefire and evacuation agreement was reached with "Turkish mediation," a commander in the Islamist rebel group Ahrar al-Sham told CNN.

"The deal was reached after Turkey entered the negotiation to a ceasefire," al-Masri said. The group's commander said people will start being evacuated from the eastern area of the city Wednesday morning local time.

The Turkish Foreign Affairs ministry confirmed its involvement in the deal to CNN and said civilians will be evacuated to the city of Idlib.

The development is a hopeful one for the international community, which has failed to find a political solution to the crisis in Aleppo, which has become the epicenter of Syria's brutal five-year war.

'We have failed the people of Syria'

The developments came as government forces continued their advance on the last rebel-held neighborhoods in Aleppo in a bid to retake the key city, once Syria's commercial and cultural heart.

Earlier, a spokesman for the UN High Commissioner for Human Rights, Rupert Colville, said he had been told that 82 civilians, including women and children, were shot in their homes or on the streets Monday.

The gruesome reports of executions prompted a UN Security Council emergency meeting Tuesday afternoon at the urging of the United Kingdom and France. Tough words were aimed at Syria and its allies.

"We have collectively failed the people of Syria," said UN Secretary-General Ban Ki-moon.

US Ambassador to the UN Samantha Power excoriated Syria, Russia and Iran for the bloodshed in Aleppo and asked, "are you truly incapable of shame? and "is there nothing you will not lie about?

"Your barrel bombs and airstrikes ... it is your noose," she said. "Three member states of the UN contributing to a noose around civilians."

Rebel groups held eastern Aleppo for more than four years after the Arab Spring uprising and a Syrian regime siege on the area had essentially cut it off from the outside world, sparking a humanitarian crisis there.

Now, thousands are fleeing as bombs continue to fall on the remaining rebel-held areas and as the battle for the city reaches a climax.

UNICEF regional director Geert Cappelaere said that he had received "alarming reports" that "possibly more than 100 children, unaccompanied or separated from their families, are trapped in a building, under heavy attack in east Aleppo."

Activists said anyone with links to the rebels who seized control of the enclave in 2012 was being hunted down.

"Every hour, butcheries are carried out," the Syrian Observatory for Human Rights said.

The Syrian government did not comment on the killings in state-run media.

CNN has not been able to verify the execution reports.

Aleppo on the brink

Humanitarian volunteers in Aleppo have issued a desperate plea for help and safe passage for the estimated 100,000 civilians and rebels still trapped in the city's east, now a wasteland of carnage and rubble.

Amid the chaos, the self-styled Syria Civil Defense volunteer rescue group -- also known as the White Helmets -- was among groups pleading for safe passage out of Aleppo for their volunteers and civilians.

"The regime has been trying to kill us for five years," the group said on Twitter. "Please don't give them this chance."

"We hear children crying, we hear calls for help, but we just can't do anything."

A 7-year-old girl who has been tweeting from eastern Aleppo wrote an ominous post Tuesday: "This is my last moment to either live or die."

Another Twitter user -- who goes by the user name "Mr_Alhamdo" and says he is an Aleppo resident, a "teacher, activist and reporter" in the city -- posted a number of tweets bidding farewell to his followers, describing the scene as "doomsday.".

"This is a call and might be the last call," he said in one. "Save Aleppo people. Save my daughter and other children."

Some of those left in the last few rebel-held towns are begging the international community to stop the regime's advance.

"Please, go to the embassies and block the way," said Salah Ashkar, an activist in east Aleppo, in a video posted on Twitter.

But for others, the regime's advance is cause for celebration. Syrian state-run Alikhbaria TV broadcast people chanting, firing gunshots in the air and blaring car horns with joy.