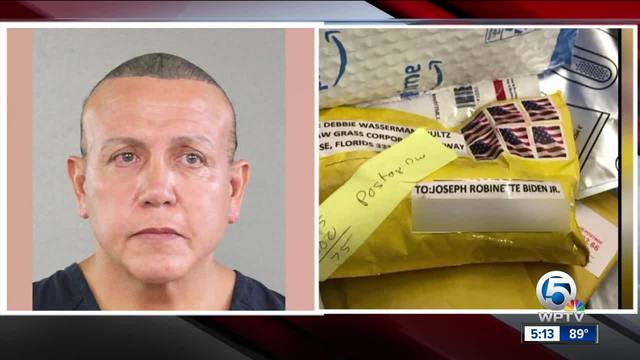 A scanner audio following the arrest of the suspect 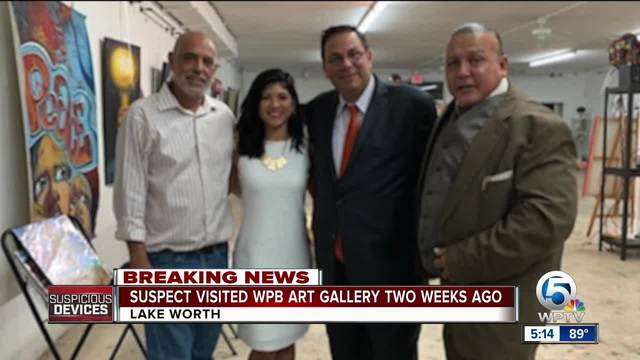 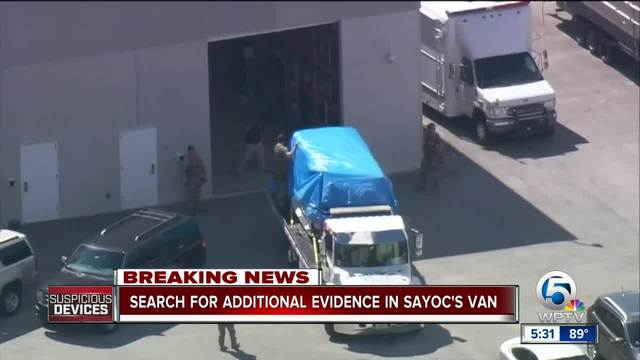 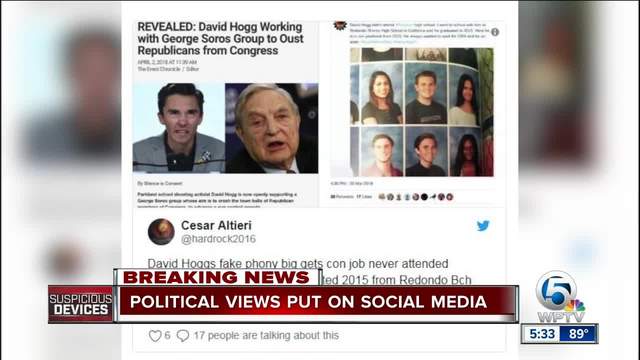 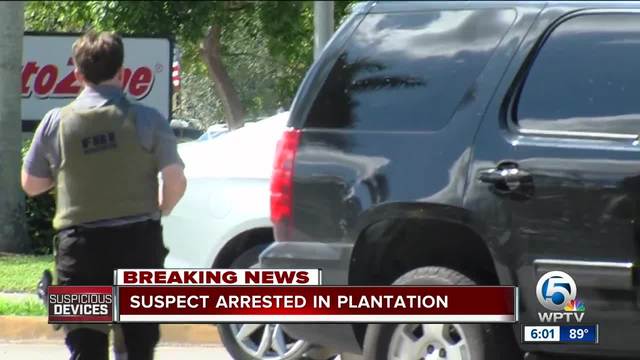 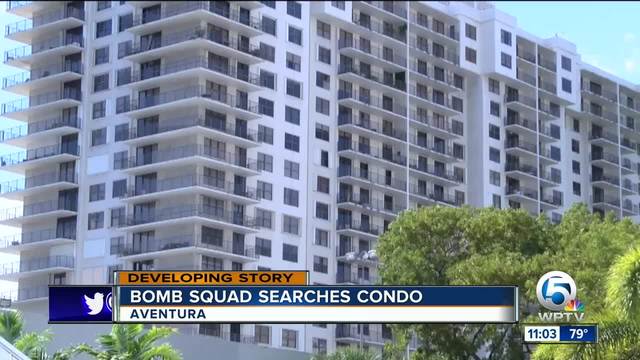 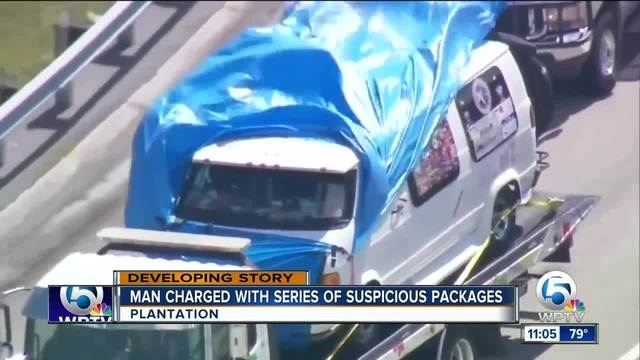 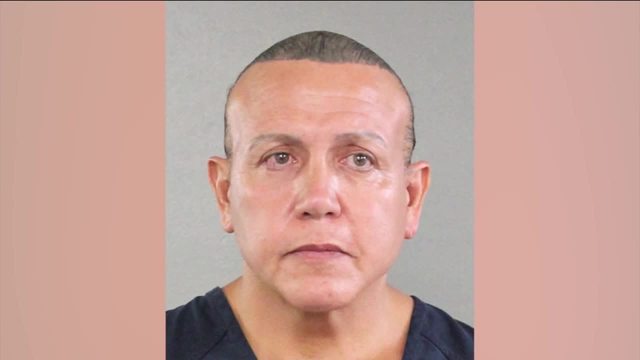 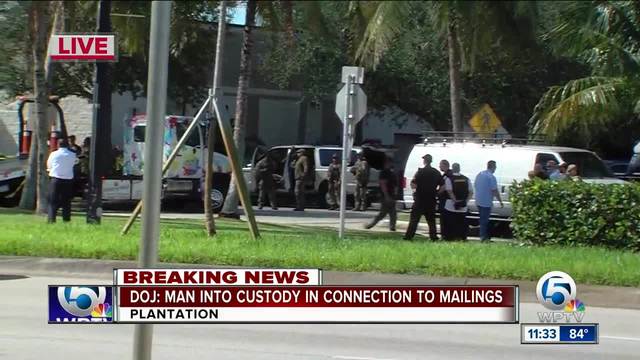 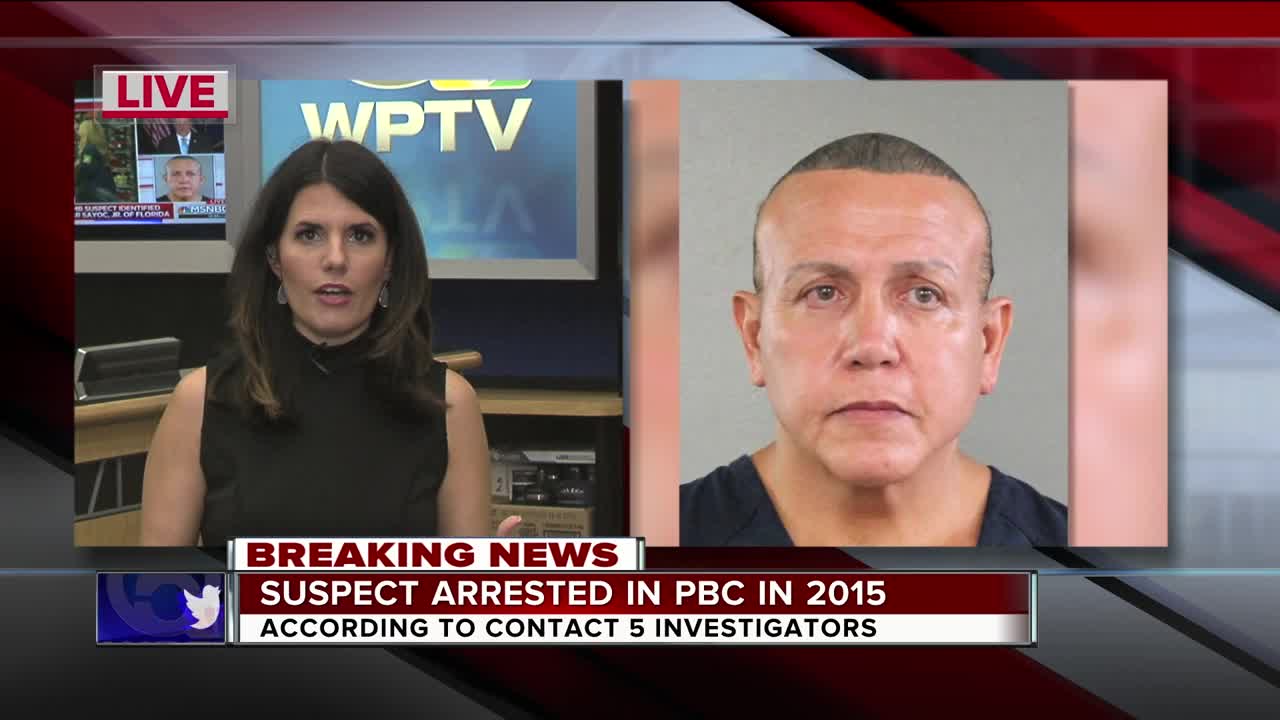 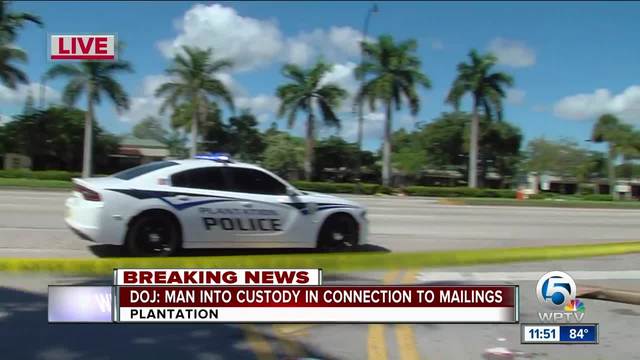 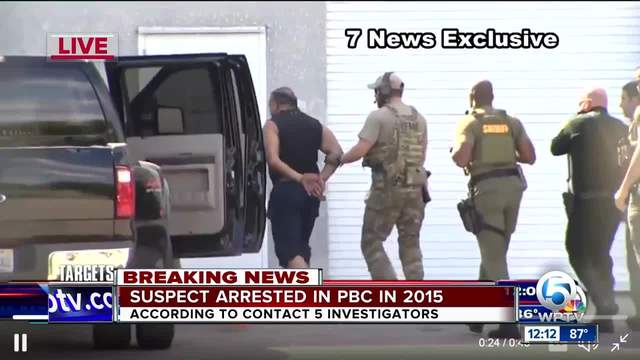 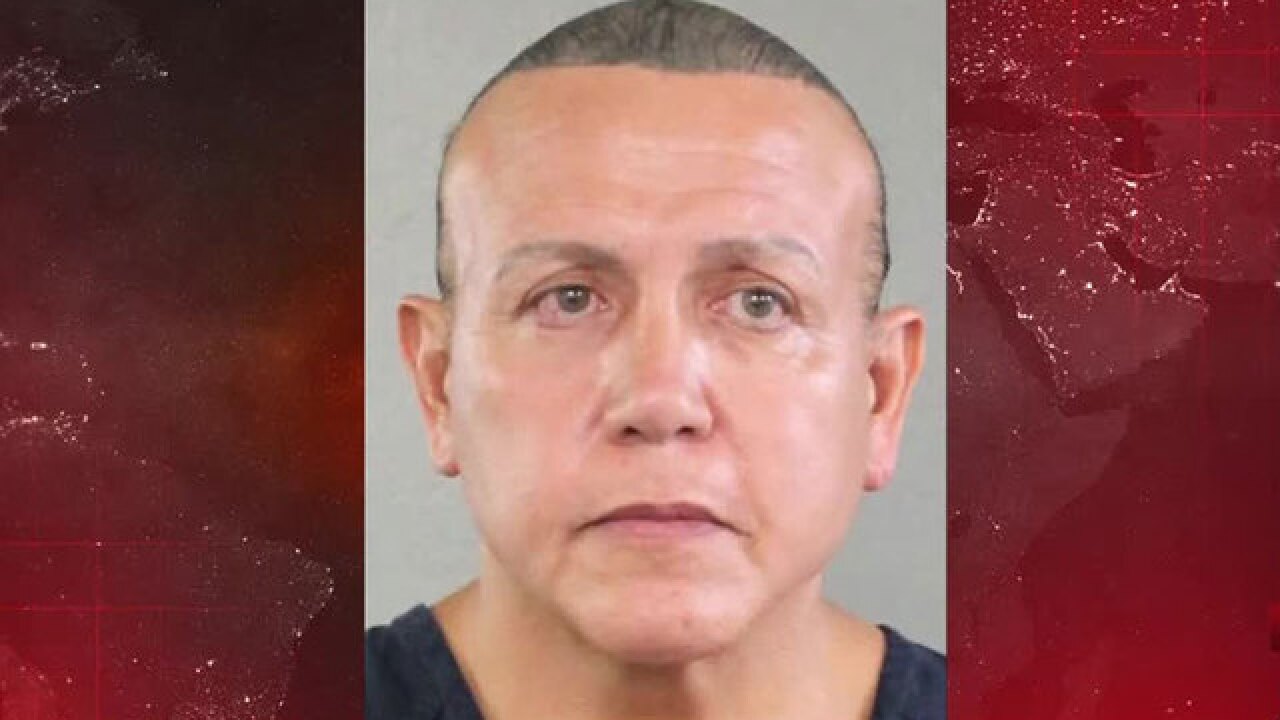 WASHINGTON (AP) -- A Florida man with a long criminal history was charged Friday in the nationwide mail-bomb scare targeting prominent Democrats who have traded criticism with President Donald Trump. It was a first break in a case that has seized the national conversation and spread fear of election-season violence with little precedent in the U.S.

Court records show Sayoc, an amateur body builder with social media accounts that denigrate Democrats and praise Trump, has a history of arrests for theft, illegal steroids possession and a 2002 charge of making a bomb threat.

The development came amid a nationwide manhunt for the person responsible for at least 13 explosive devices addressed to prominent Democrats including former President Barack Obama, former Vice President Joe Biden and Hillary Clinton. The case continued widening Friday even as Sayoc was detained, as investigators in California scrutinized a similar package sent to Democratic Sen. Kamala Harris, her office said.

In Washington, Attorney General Jeff Sessions cautioned that Sayoc had only been charged, not convicted. But he said, "Let this be a lesson to anyone regardless of their political beliefs that we will bring the full force of law against anyone who attempts to use threats, intimidation and outright violence to further an agenda. We will find you, we will prosecute you to the fullest extent of the law."

Cesar Sayoc, the suspect named in connection with the pipe bombs, was also arrested on theft charges at a Walmart in West Palm Beach in 2015

The suspect arrested in Plantation, Florida, in connection with the suspicious packages is in his 50s and has a criminal history, a law enforcement source says. The man has an Aventura, Florida, address, but also has ties to New York.

We’ve learned bomb suspect was arrested in Miami-Dade County in 2002 on a bomb threat charge and also in 2014 for stealing from a Walmart. Investigators had his fingerprints from those arrests. @wsvn

BREAKING: Cesar Sayoc arrested, expected to be charged into connection with wave of pipe bomb packages; DNA evidence played a role in the arrest. http://t.co/cGecLIoN0f

➡️ 56-year-old Cesar Sayoc arrested in South Florida
➡️ Appears to have a criminal history in Broward County
➡️ Law enforcement source says DNA evidence on one of the devices played a part in leading investigators to the suspecthttp://t.co/QnNHOg3AOepic.twitter.com/vtvmMkgOuc

In Florida, law enforcement officers were seen on television examining a white van, its windows covered with an assortment of stickers, outside the Plantation auto parts store.

Authorities covered the vehicle with a blue tarp and took it away on the back of a flatbed truck. The stickers included images of Trump, American flags and what appeared to be logos of the Republican National Committee and CNN, though the writing surrounding those images was unclear.

Trump, after Sayoc was apprehended, declared that "we must never allow political violence take root in America" and Americans "must unify."

As in comments earlier in the week, he did not mention that the package recipients were all Democrats or officials in Obama's administration, in addition to CNN, a news network he criticizes almost daily.