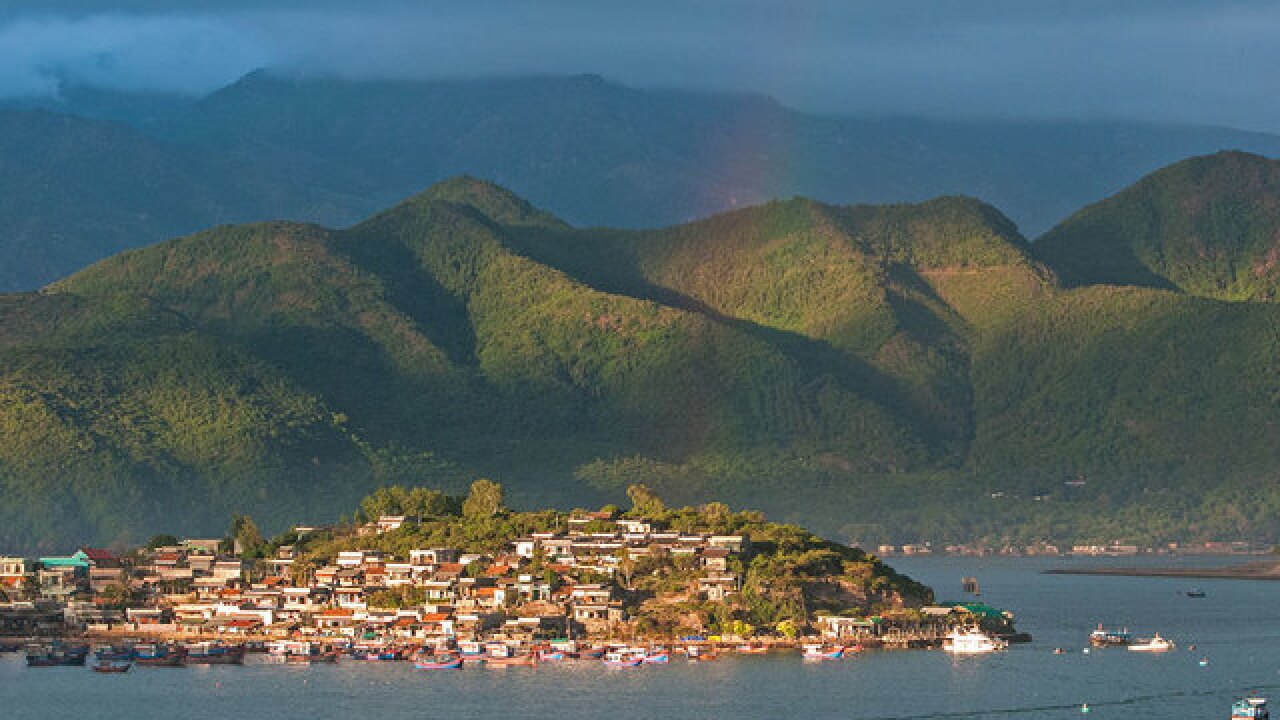 (CNN) -- Extreme weather is striking parts of Asia with deadly flash-flooding in Vietnam, a tropical storm prompting evacuations and disrupting travel in China and an ongoing heat wave in Japan.

Local government groups are "searching for missing ones, arranging temporary accommodation for households who have lost their homes, and actively evacuating and relocating people from dangerous areas," VNA said.

Winds from the storm had reached up to 52 kph (32 mph) at 10 a.m. Sunday local time (11 p.m. Saturday ET). It is expected to continue to affect Vietnam until Tuesday, according to the Vietnam National Center for Hydro-Meteorological Forecasting.

Meantime, Tropical Storm Ampil is bearing down on eastern China -- impacting the area from Shanghai to Jiangsu Province.

More than 190,000 people have been evacuated to "safer" places in Shanghai as Ampil makes landfall, bringing with it heavy rain and strong winds, Chinese state media Xinhua reported on Sunday.

"Ampil, the 10th typhoon this year, has made landfall on the island of Chongming in Shanghai at 12:30 p.m. local time Sunday (12:30 a.m. ET), packing winds of up to 28 meters per second near its eye," the municipal meteorological observatory told Xinhua.

The local government municipal flood control confirmed that it has "completed relocating a total of 192,727 people living in the coastal areas as well as temporary housing and construction sites as of early Sunday morning."

Winds gusting up to 100 kph and heavy rain from Ampil are disrupting travel, with more than 500 international and domestic flights canceled at Shanghai's two main airports Sunday morning.

"Tropical Storm Ampil is fast-approaching Shanghai, affecting our airports' flight schedules. Several airlines have made the difficult decision of canceling certain flights leaving and arriving at Shanghai Pudong Airport and Hongqiao Airport between 0:00 and 20:00 on July 22," the Shanghai Airport Authority said.

CNN's Van Dam says air traffic control expects their takeoff and landing capacity to be reduced by 75% through mid afternoon Sunday, and all the city's ferry services have been suspended due to strong wind.

Van Dam says the storm will weaken as it moves further inland but that heavy rain will continue as moisture is drawn into the region.

Severe weather has caused two deaths and 728,000 people to be evacuated from their homes, with 585 villages affected by heavy rain, according to state news agency Philippines News Agency (PNA).

Currently "Josie" is skirting the most northeastern island of the Philippines and bringing with it winds gusting up to 86 mph (138 kph), according to PNA, which cited data from the Philippine Atmospheric, Geophysical and Astronomical Services Administration (PAGASA).

Flooding caused by the tropical depression has caused 6 to 7 inches (15-17 cm) of flooding in metro Manila but the storm is expected to leave the Philippines on Monday, the news agency reports.

Another tropical depression is swirling to the country's east.

Meantime, much of central and southern Japan is continuing to swelter in excessive heat.

Van Dam says nearly 110 million of Japan's 128 million people have been impacted by the heat wave over the past two weeks, with roughly 90% of the country experiencing extreme heat.

While temperatures remain in the mid-30s Celsius (90s Fahrenheit), the heat index -- which factors in relative humidity -- has soared into the lower and middle 40s.

"Sweating is only as good as your body's ability to evaporate that sweat off of the skin. Heat indices in the mid 40s are making it nearly impossible for the body's response to properly take effect," he says.

As of Wednesday, 13 deaths had been linked to the heat wave, following flooding that killed at least 210 in Japan earlier this month.