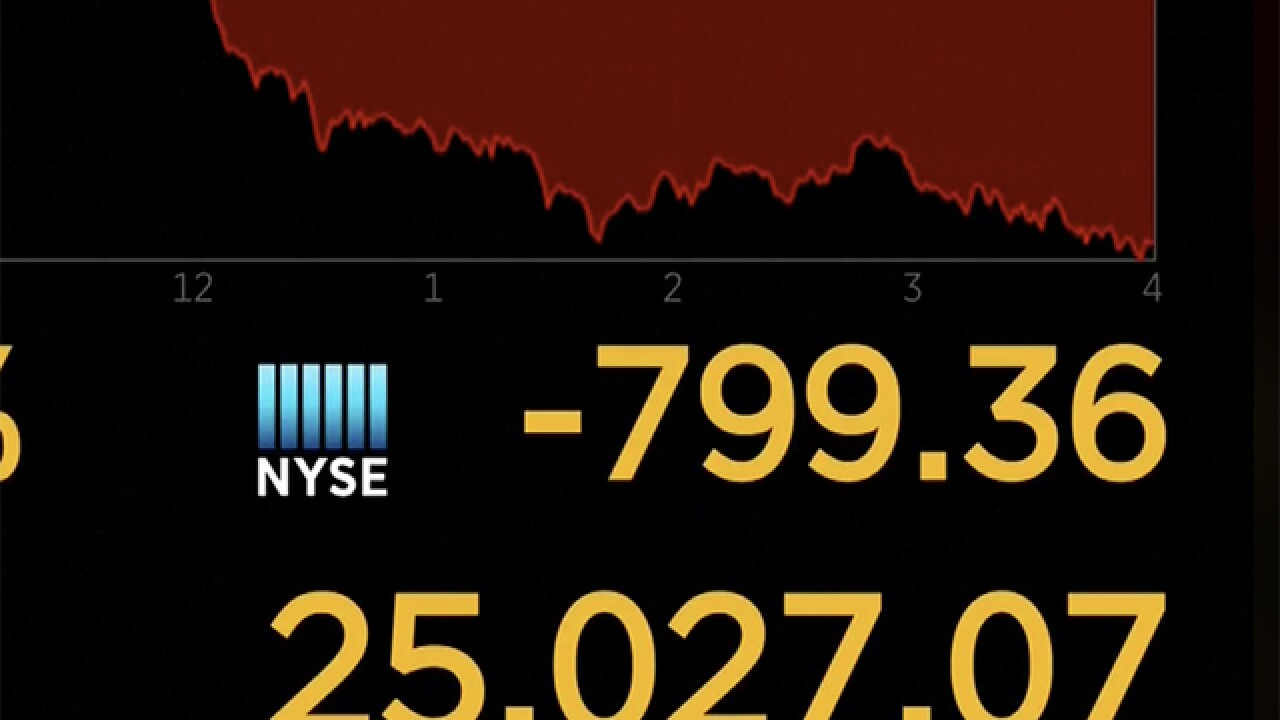 Stocks took a nosedive on Wall Street as investors worried that a U.S.-China trade truce reached over the weekend wasn't all it was cracked up to be.

Boeing and Caterpillar, two major exporters which would have much to lose of trade tensions don't ease, weighed the most on the Dow.

The sharp drop in yields hurt banks because it makes it harder to earn money from lending. JPMorgan Chase sank 4.5 percent.