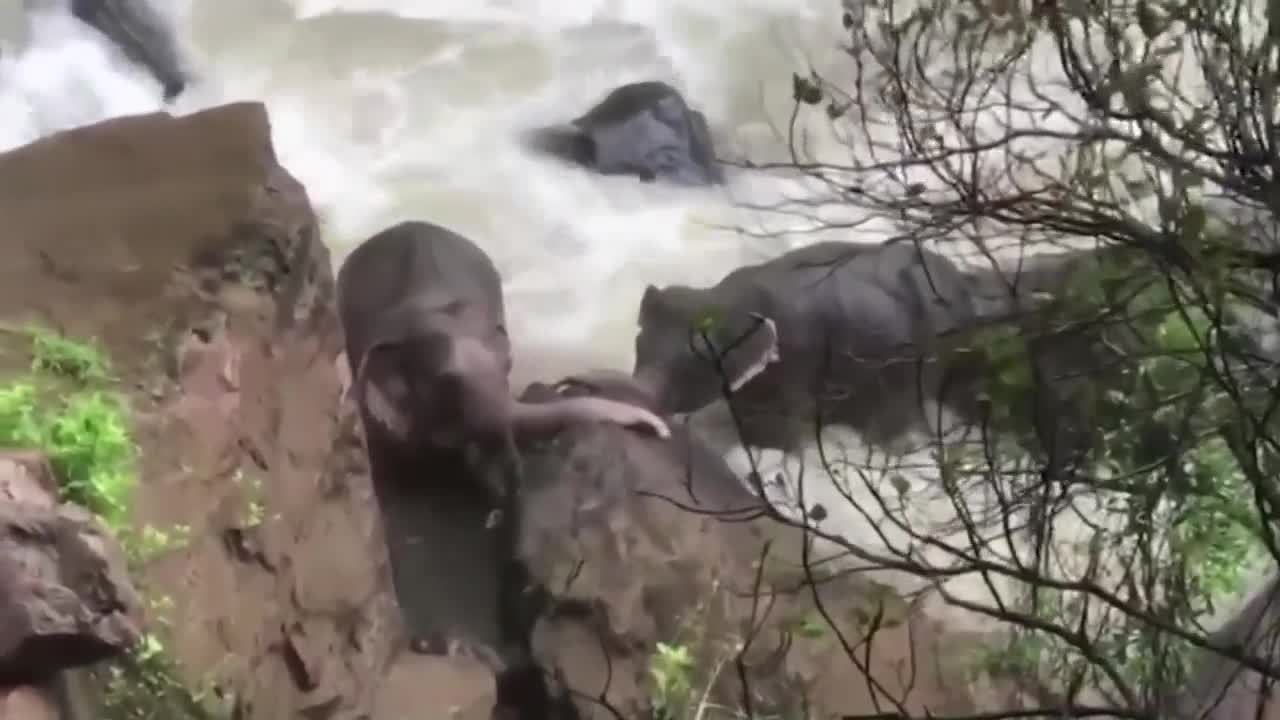 Six wild elephants fell to their death Saturday trying to save each other at a Thai waterfall.

Six wild elephants fell to their death Saturday trying to save each other at a waterfall in a national park in Thailand, a popular tourist attraction.

Two of the elephants were lucky and survived.

A local official said the herd was trying to cross over to the other side of the river.

One of the baby elephants likely slipped into the water and the adult elephants attempted a rescue, but instead were swept away, according to the official.

The waterfall has been closed temporarily following the accident.

Rescuers tried to provide an energy boost by throwing down sugar cane to the struggling elephants, who still couldn't seem to find their footing.

There are around 300 wild elephants roaming the park.

The 772-square-mile forest is home to various wild animals, including bears and apes.