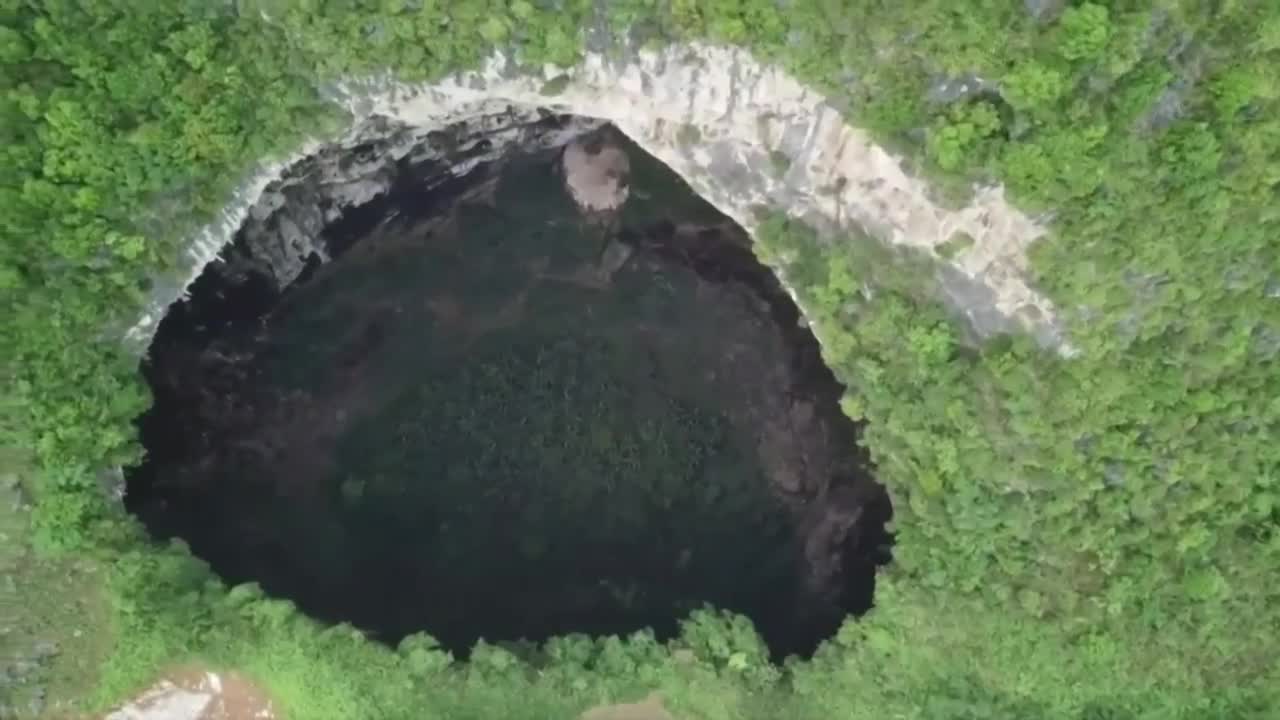 A cluster of staggering sinkholes have been discovered in south China.

A cluster of staggering sinkholes have been discovered in south China.

Over 50 sinkholes were discovered in northwest China almost five years ago.

The new sinkholes have a volume of over 35-million cubic feet and are said to have been well-preserved.

Geologists have been amazed by the range of colorful caves, valleys and waterfalls that have been found in addition to the many geological formations and forests found in the depths of the sinkholes.

The vegetation down in the sinkholes is also reportedly healthy.

A sinkhole is typically formed over time by water erosion or some form of collapse of the surface layer.