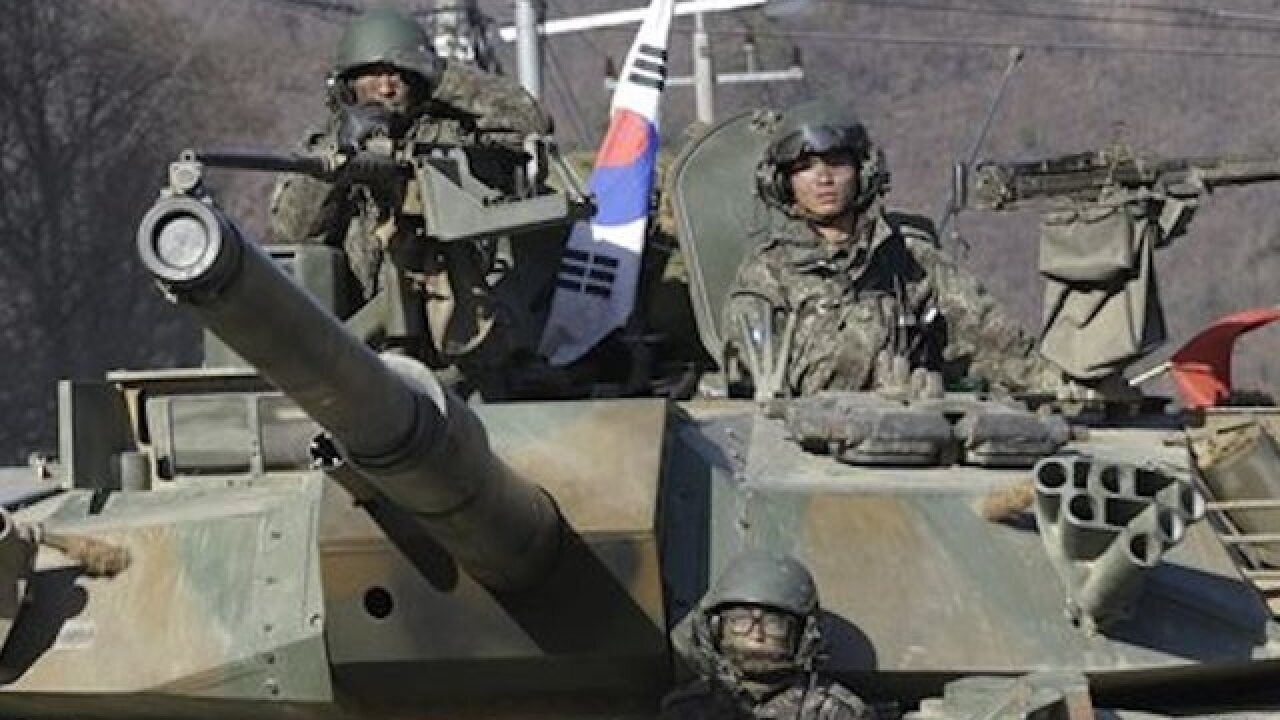 Copyright Associated Press
&lt;p&gt;South Korean army soldiers ride a K-1 tank during the annual exercise with their U.S. counterparts in Paju, near the border with North Korea, Thursday, March 10, 2016. North Korea fired two short-range ballistic missiles into the sea on Thursday, South Korea's military said, a likely show of anger at continuing springtime war games by rivals Washington and Seoul and another ratcheting up of hostility on the already anxious Korean Peninsula. (AP Photo/Ahn Young-joon)&lt;/p&gt;

SEOUL, South Korea (AP) — South Korea's spy agency told lawmakers Friday that the number of North Korean cyberattacks on the South has doubled over the past month.

The National Intelligence Service told a parliamentary committee meeting that the North unsuccessfully tried to hack into the railway control system and computer networks of financial institutions in South Korea, according to the office of lawmaker Joo Ho-young who attended the private meeting.

The NIS also accused North Korea of having tried to hack into the smartphones of 300 foreign affairs, security and military officials in South Korea between late February and early this month. According to the NIS, North Korea succeeded in hacking the phones of 40 of those 300 officials and stole their text and voice messages and phone logs, said an aide to Joo who requested anonymity because he wasn't authorized to speak to media publicly.

The NIS didn't say whether the stolen messages include any sensitive information.

Seoul has accused Pyongyang of launching other similar cyberattacks in recent years. Pyongyang has denied the allegations.

Animosities between the rival Koreas have risen since North Korea's nuclear test and long-range rocket launch earlier this year.

Furious over harsh new U.N. sanctions and the biggest-ever South Korea-U.S. military drills, North Korea has fired short-range missiles and artillery into the sea and vowed to expand its nuclear arsenal. On Friday, North Korea's state media quoted leader Kim Jong Un as having ordered more nuclear explosion tests but it didn't when they would be conducted.