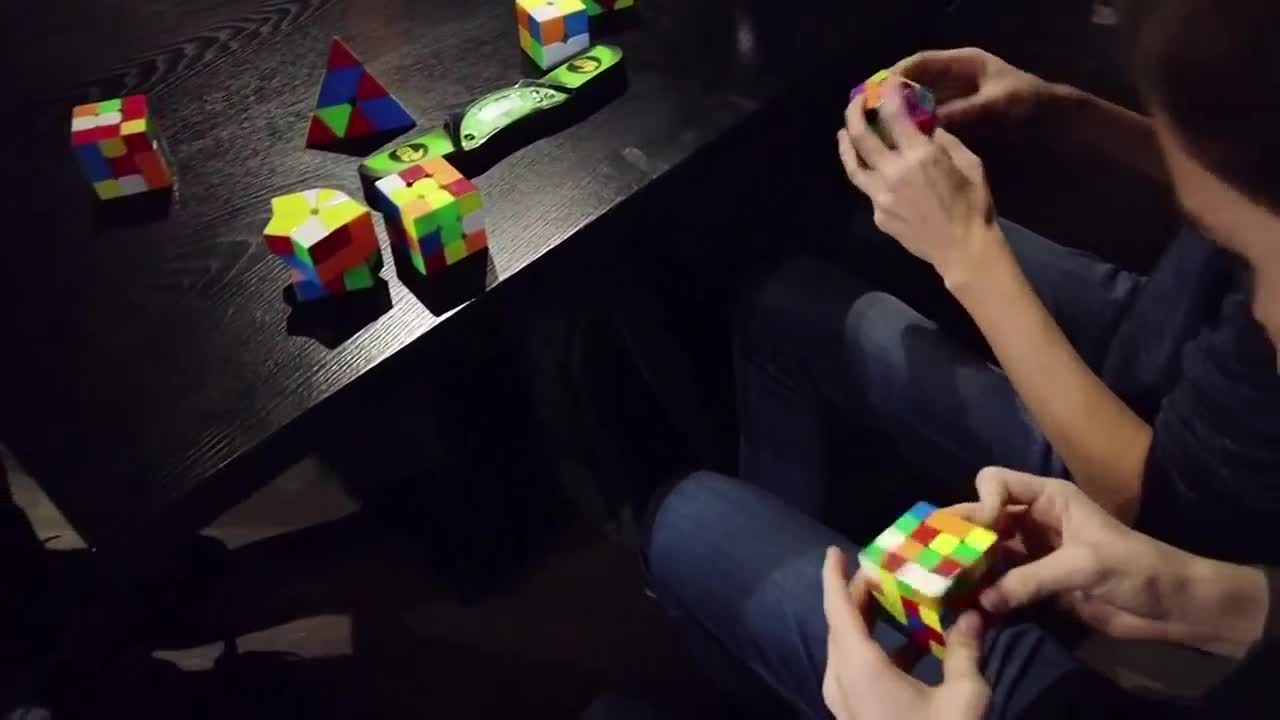 Competitors from the USA to China converged on Russia this weekend for the Rubik's Cube World Championship.

Competitors from the USA to China converged on Russia this weekend for the Rubik's Cube World Championship.

Fingers flew and clocks ran as the world's best Rubik's Cube puzzle solvers tried to knock each other out of contention.

The Red Bull Rubik's Cube World Cup 2019 Final was held at an arena in Moscow with an audience looking on.

The reigning champion, an Australian, was eliminated in the quarter final of his favorite event.

The competition is split into three disciplines - speed cubing, fastest hand and re-scramble with events for both men and women.

Rubik said, "That's really became a very global phenomenon and that's because the content of the cube, because people love it and especially teenagers, kids and they don't forget it even when they grow up."

Former world champion Feliks Zemdegs said, "The internet's definitely helped in terms of providing tutorials and videos, just cubing videos go viral sometimes, that helps, I guess, bring people into the community. And, I think it's something that gives people a really good sense of personal achievement, seeing themselves like practice something and improve at it. I think that's something that's quite satisfying and also, if you've been cubing for a while you can go to a lot of competitions and make a lot of friends."

An American, Max Park, was crowned champion of the speed cubing competition.