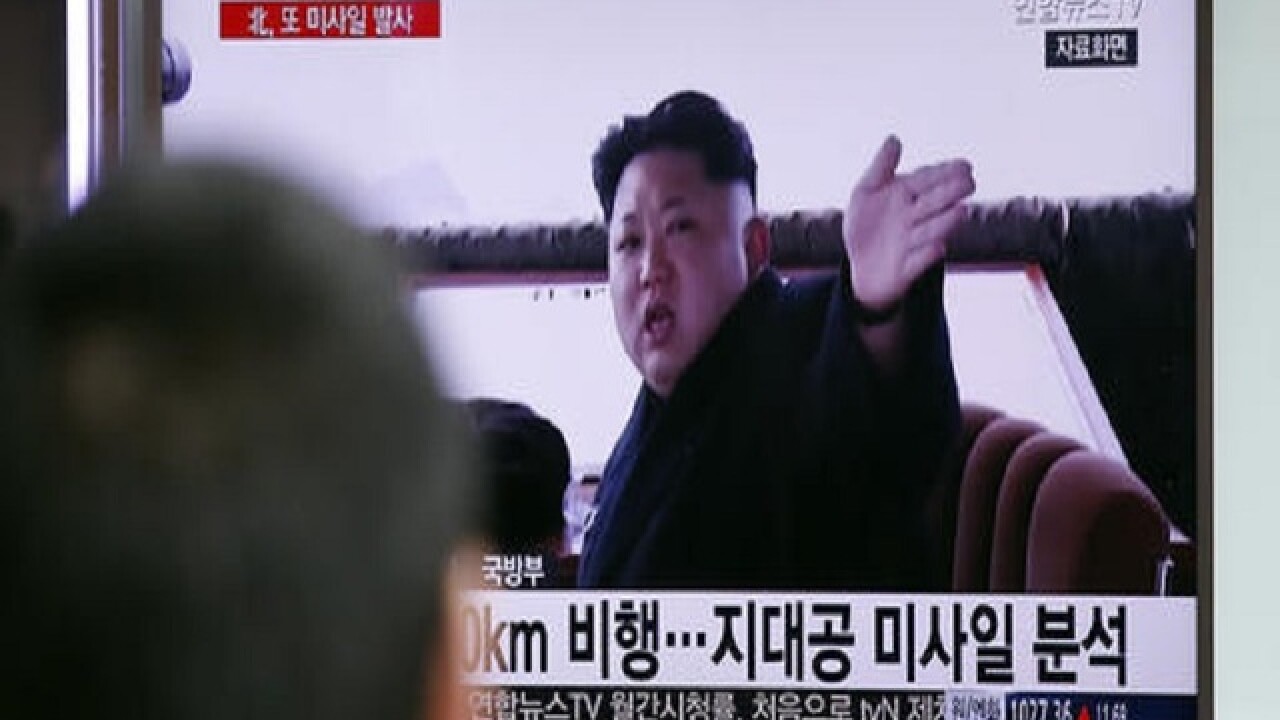 Officials said the attempt to jam GPS signals, which began Thursday, did not cause any major disruptions of South Korean military, aviation and sea transport and telecommunication systems. However, more than 130 fishing boats reported problems with their navigation systems and some were forced to return to their ports, the Ministry of Oceans and Fisheries said.

South Korea has blamed North Korea for several previous jamming attempts. This week's jamming signals are the first since 2012, according to South Korea's Science Ministry. North Korean state media had no immediate comment.

North Korea also fired a surface-to-air missile off its east coast on Friday, three days after it launched a projectile that hit land in its northeast, South Korea's Joint Chiefs of Staff said without elaborating.

North Korea has launched a number of short-range missiles and other projectiles since the start last month of annual South Korea-U.S. military drills it views as a rehearsal for an invasion. It also has repeated threats of nuclear strikes on Seoul and Washington and warned it will test a nuclear warhead and ballistic missiles capable of carrying it.

This year's drills, set to run until late this month, are the biggest ever and come after North Korea conducted a nuclear test and long-range rocket launch earlier this year.

In Washington, President Barack Obama met Thursday with the leaders of South Korea and Japan to discuss ways of countering North Korea's nuclear threat. Obama also met Chinese President Xi Jinping and both called for North Korea to give up its nuclear weapons. China also agreed to fully implement recent economic restrictions imposed by the U.N. Security Council against North Korea. The Asian leaders are in Washington for a two-day nuclear summit that opens Friday.