Protester paraglides over Trump, gets away 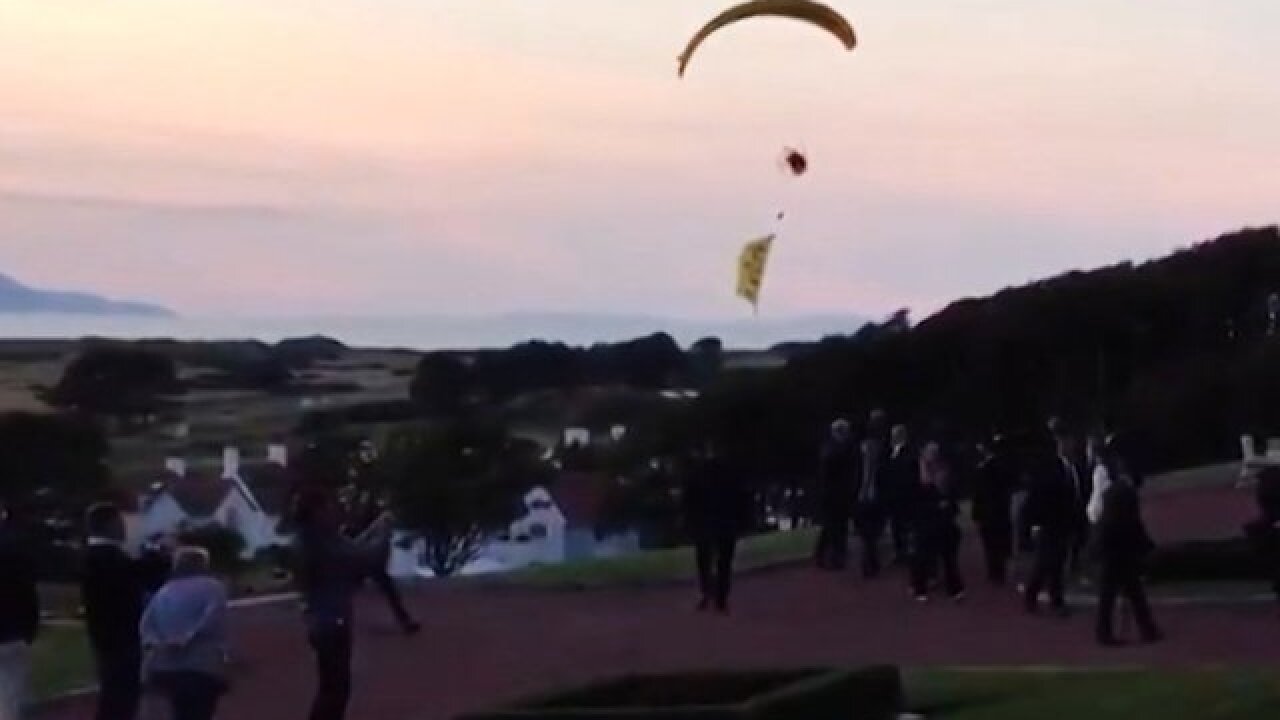 A paragliding protester hovered within surprising proximity of President Donald Trump on Friday night as the president admired the view from Trump Turnberry, his golf resort in Scotland.

As he floated by, the Greenpeace activist held a banner that read "TRUMP, WELL BELOW PAR #RESIST."

Greenpeace tweeted an image with the caption, "We've just delivered a message to @RealDonaldTrump as he was standing outside his hotel in Turnberry watching. #Resist #StopTrump."

"We are aware a powered parachute was flown in close proximity of the Turnberry Hotel earlier this evening," Williams said. "It is a criminal offence to fly within the airspace restriction zone and officers are carrying out enquiries to trace the pilot."

The US Secret Service released a statement saying it "is working with our foreign law enforcement partners as they investigate the circumstances surrounding an aircraft (paraglider) that flew into unauthorized airspace in Scotland."

This is not the first time Greenpeace has used paragliding as means to protest. In 2013, two paragliders flew over the Formula One race at Belgium's Spa-Francorchamps racetrack to protest against Arctic oil drilling.