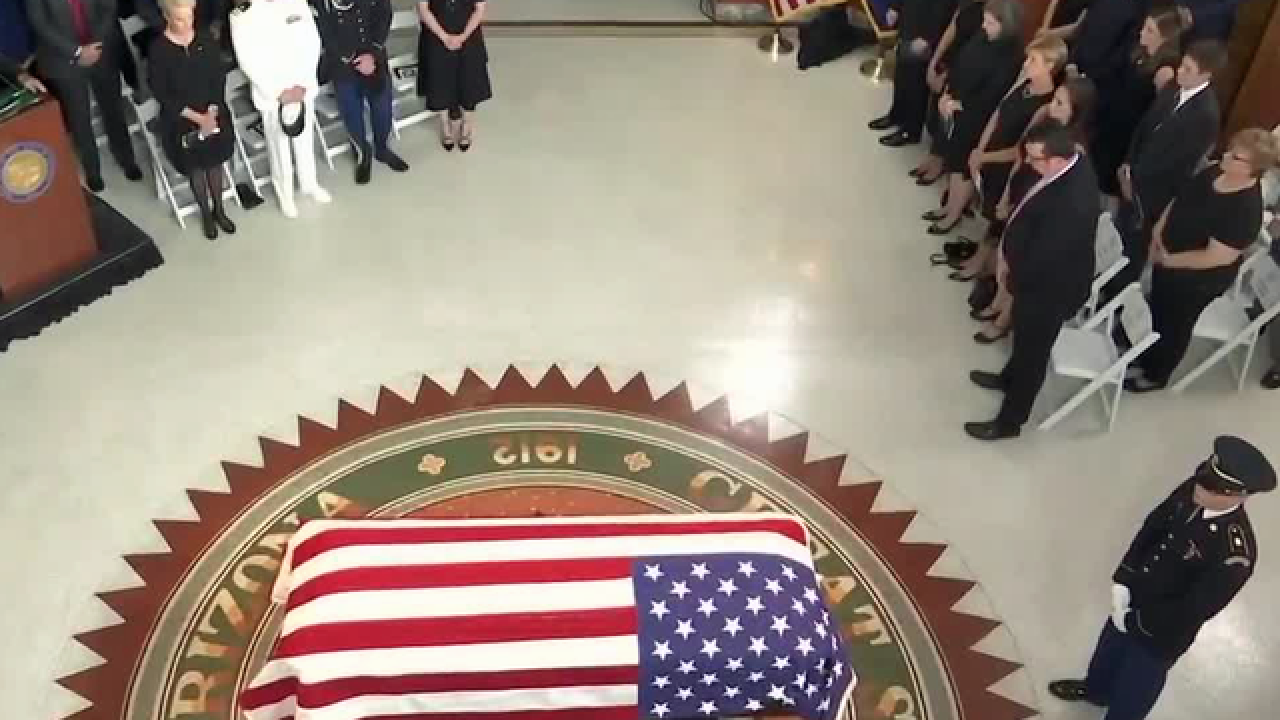 &lt;p&gt;A private ceremony for Sen. John McCain was held ahead of a public viewing for the 81-year-old Republican who died Saturday of an aggressive form of brain cancer.&lt;/p&gt;

PHOENIX (AP) — Arizona's governor says Sen. John McCain was one of the only politicians who could get people to set aside politics.

Gov. Doug Ducey said at a private ceremony Wednesday at the state Capitol that imagining Arizona without McCain is like imagining the state without the Grand Canyon, two things it's known for.

The governor called McCain one of Arizona's favorite adopted sons.

Ducey said Arizona residents knew they could follow McCain, who served in Vietnam as a Navy pilot and was captured as a prisoner of war, because he was trusted and tested, qualities that are in short supply.

The ceremony with McCain's wife, Cindy, children and other politicians came ahead of a public viewing for the 81-year-old Republican who died Saturday of an aggressive form of brain cancer.