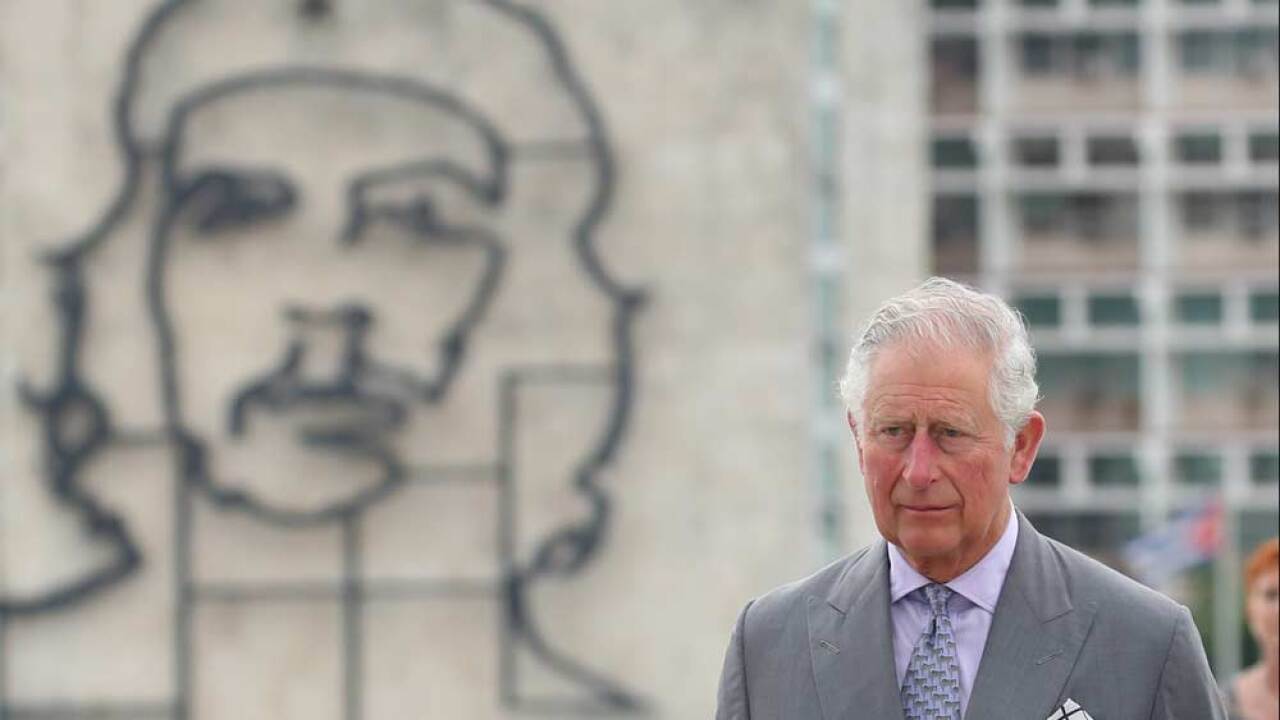 HAVANA (AP) — Prince Charles and his wife Camilla began the first official trip to Cuba by the British royal family on Sunday, in a pomp-filled display of disagreement with the Trump administration's strategy of economically isolating the communist island.

The heir to the British throne arrived in Havana and laid a wreath at the memorial to colonial independence hero Jose Marti, near massive portraits of socialist revolutionary icons including guerrilla fighter Che Guevara. The next two days include visits to historic sites, a solar park, organic farm and biomedical research center, and a meeting with entrepreneurs, cultural gala and dinner with President Miguel Diaz-Canel.

It does not include visits with political dissidents or other critics of Cuba's single-party system, a decision prompting criticism from Cuban exiles.

Republican Sen. Rick Scott of Florida last month asked Charles to cancel his trip based on Cuba's support for Venezuelan President Nicolas Maduro and the island's "decades-long history of persecuting and imprisoning its defectors and repressing its people."

Fellow Florida Sen. Marco Rubio also has long advocated for isolating Cuba and Venezuela, and the senators have found a receptive audience in the Trump administration, which has been tightening financial sanctions on both countries in the hopes of toppling their governments.

U.S. President Donald Trump has seen European and Latin American support for his Venezuela policy, but less backing on Cuba, whose government has already withstood a 60-year U.S. embargo without showing any signs of losing its grip on power.

Sir Alan Duncan, the British minister of state for Europe and the Americas, wrote Scott last month that "like a number of other countries, we believe that the best way to promote human rights and encourage a Cuba that fully respects fundamental freedoms is through practical diplomacy, such as with this visit."