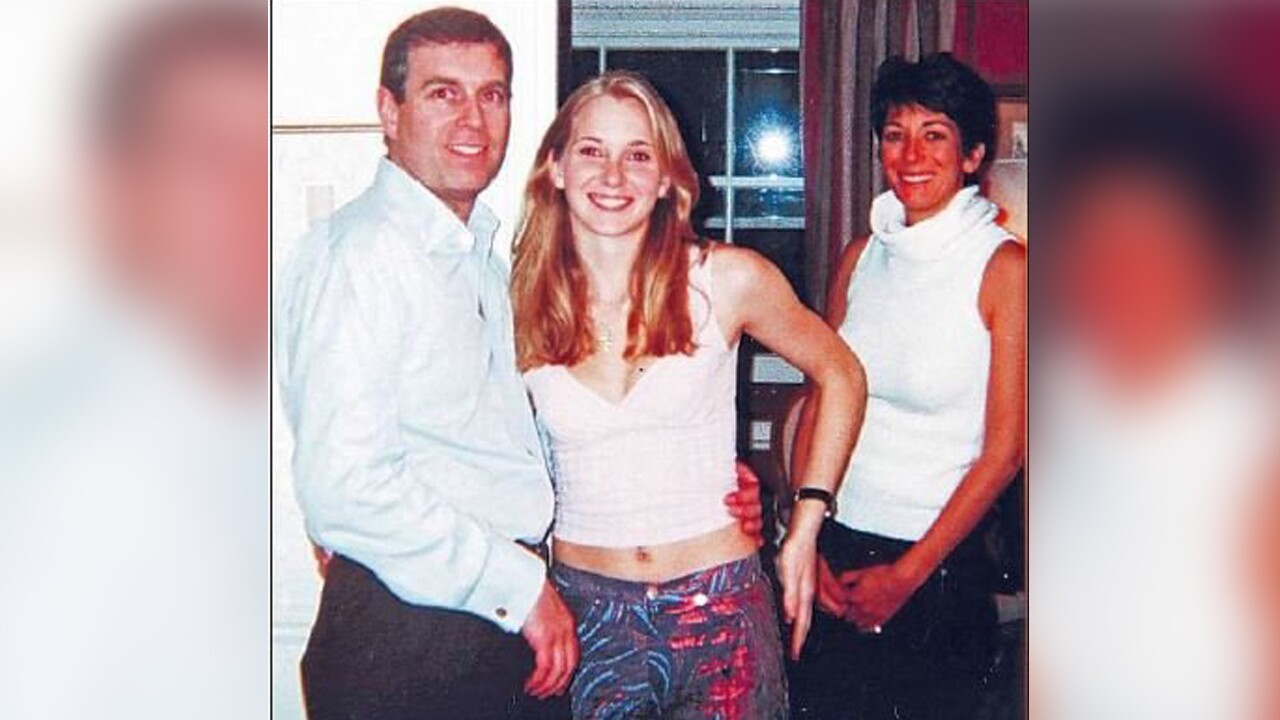 (CNN) -- An American woman who accused the convicted pedophile Jeffrey Epstein of sex crimes has revealed new details of the night she says she was forced to perform sex acts with Britain's Prince Andrew.

In her first UK interview, Virginia Giuffre -- previously known as Virginia Roberts -- told the BBC's Panorama that when she was 17 years old she was trafficked by Epstein and forced to have sex with his friends, including the Duke of York. Giuffre also accused the prince, who has repeatedly denied the allegations, of lying about their encounter and urged the British public to back her over Andrew.

"I'm calling BS on this, because that's what it is," she said. "He knows what happened. I know what happened, and there's only one of us telling the truth, and I know that's me," she told the BBC.

But Buckingham Palace denied her allegations in a statement to CNN on Monday.

"It is emphatically denied that The Duke of York had any form of sexual contact or relationship with Virginia Roberts. Any claim to the contrary is false and without foundation," they said.

In 2001, Giuffre alleges that Epstein brought her to London, where she was introduced to Prince Andrew and went dancing at a nightclub with Epstein, his then-girlfriend Ghislaine Maxwell and the prince.

Giuffre, in a 2015 defamation case brought against Maxwell alleged that she "was forced to have sexual relations with this Prince when she was a minor in three separate geographical locations," including London, New York, and the U.S. Virgin Islands. The case was settled in 2017.

Maxwell has denied all allegations levied against her. Her attorneys have previously denied she engaged in sexual abuse or sex trafficking.

In the court filings, Maxwell and her attorney portray Giuffre as an unreliable narrator, pointing to errors in certain dates and figures she provided.

Giuffre has said the errors were mistakes.

Prince Andrew told the same BBC Panorama programme in November: "I can tell you categorically I don't remember meeting her at all. I do not remember a photograph being taken and I've said consistently and frequently that we never had any sort of sexual contact whatever."

At London nightclub Tramp in a VIP section, Giuffre said Andrew ordered her a vodka and asked her to dance.

"He is the most hideous dancer I've ever seen in my life," Giuffre told the BBC. "I mean it was horrible and this guy was sweating all over me, like his sweat was, like it was raining basically everywhere, I was just like grossed out from it but I knew I had to keep him happy because that's what Jeffrey and Ghislaine would have expected from me."

When they left the club, Giuffre says she was given instructions from Maxwell. "In the car Ghislaine tells me that I have to do for Andrew what I do for Jeffrey and that just made me sick," Giuffre said, adding that she had sex with the prince at Maxwell's house in London's Belgravia.

"It didn't happen." Prince Andrew told the BBC last month. "...That couldn't have happened because the date that's being suggested I was at home with the children," he said.

Prince Andrew has vehemently denied all of Giuffre's allegations. "I have no recollection of ever meeting this lady, none whatsoever," he told the BBC in November.

Prince could be served subpoenas

Prince Andrew could be issued with subpoenas to give evidence in the US court cases of five women who have accused Epstein of sexually abusing them, according to the BBC's Panorama program.

David Boies, a lawyer representing the women, said he had requested an interview with Prince Andrew to hear an explanation of his time with Epstein.

"There are questions we have that he needs to answer. We have proposed to have him do that in an interview. He has thus far declined to do that," Boies told CNN.

"If he will not do a voluntary interview, the only way we have is through subpoena," Boies said, adding that he had five drafted subpoenas for Prince Andrew's testimony.

The subpoenas would have to be signed by a judge when the prince was on US soil, the BBC reports. If he did not want to give evidence, the prince could then challenge the subpoenas in court, the BBC says.

Asked whether he would be willing to testify or give a statement under oath about the case, during an interview with the BBC's Newsnight program last month, Prince Andrew said he would "have to take all the legal advice that there was ... But if push came to shove and the legal advice was to do so, then I would be duty bound to do so."

Giuffre asks British public to stand beside her

Buckingham Palace said in response to the interview that the Duke "unequivocally regrets his ill-judged association with Jeffrey Epstein" and "deeply sympathizes with those affected who want some form of closure."

The BBC spoke with Giuffre before Andrew was interviewed by the broadcaster in November, when he said he did not recall meeting her and that he "didn't sweat at the time" because of a medical condition. During the interview, the prince was also asked about a photo that appeared to show him with his arm around Giuffre's waist; he responded by saying he had "no recollection of the photograph ever being taken" and suggested that the photo could have been faked.

Following Andrew's interview, Giuffre told the BBC she stood by her account of events.

"People on the inside are going to keep coming up with these ridiculous excuses like his arm was elongated or the photo was doctored," she said.

In a 2015 federal court filing, Giuffre alleged Epstein forced her to perform sex acts with several prominent men, including Prince Andrew in 2001. All of the men denied the allegations.

Giuffre said she implores the British public to "stand up" beside her and "to not accept this as being OK."