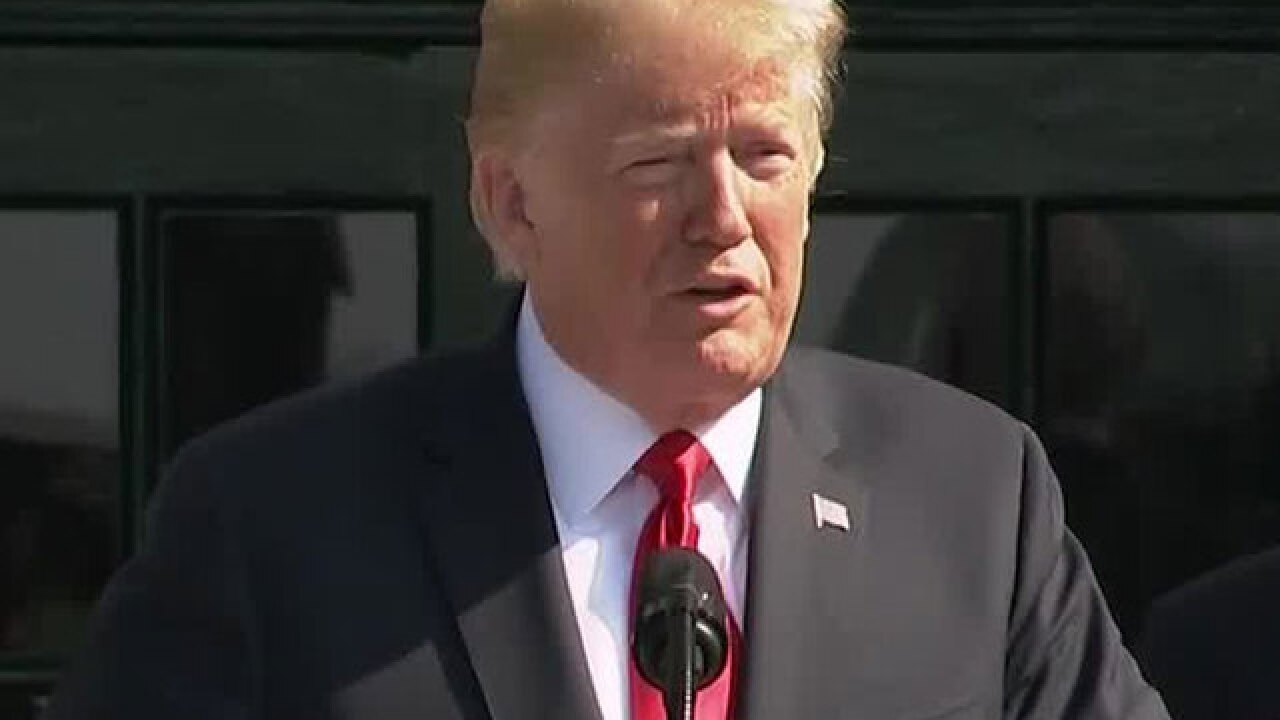 WASHINGTON (AP) --  President Trump says the suspect in the mail bomb scare will be prosecuted to `fullest extent of the law.'

He made the comment at the Young Black Leadership Summit at the White House.

The development came amid a coast-to-coast manhunt for the person responsible for a series of explosive devices addressed to Democrats including former President Barack Obama, former Vice President Joe Biden and Hillary Clinton.

Trump says `we must never allow political violence to take root in America'.