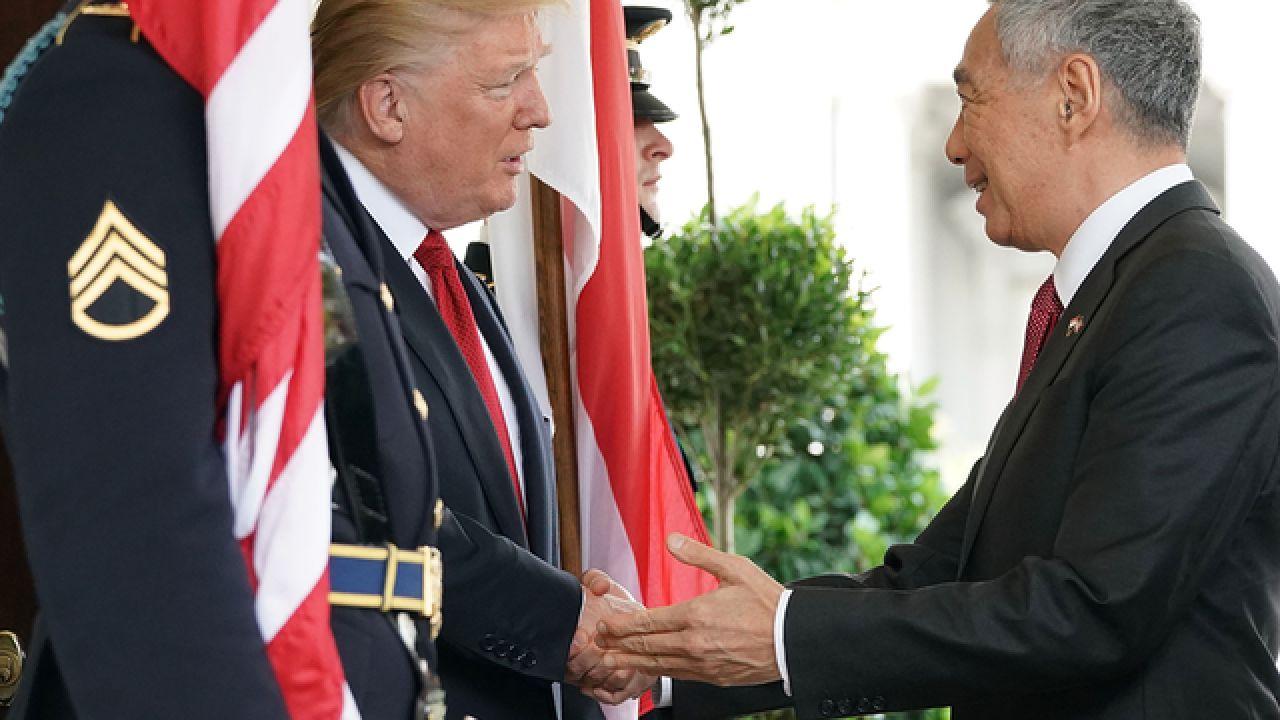 WASHINGTON (AP) --  President Donald Trump is welcoming the leader of Singapore to the White House.

Speaking in the Oval Office, Trump called the prime minister a "highly respected" man who had done a "fantastic" job.

Trump says Singapore's purchase of nearly $14 billion worth of Boeing aircraft will create 70,000 jobs in the U.S.

Boeing's chief executive officer and the CEO of Singapore Airlines signed paperwork at the White House on Monday as the country's prime minister and Trump looked on.

Trump says the relationship between the U.S. and Singapore is at its "highest point and it will continue."

But he joked that Singapore's purchase of nearly 40 airplanes had better create jobs in the United States, "otherwise we'll cancel the order."