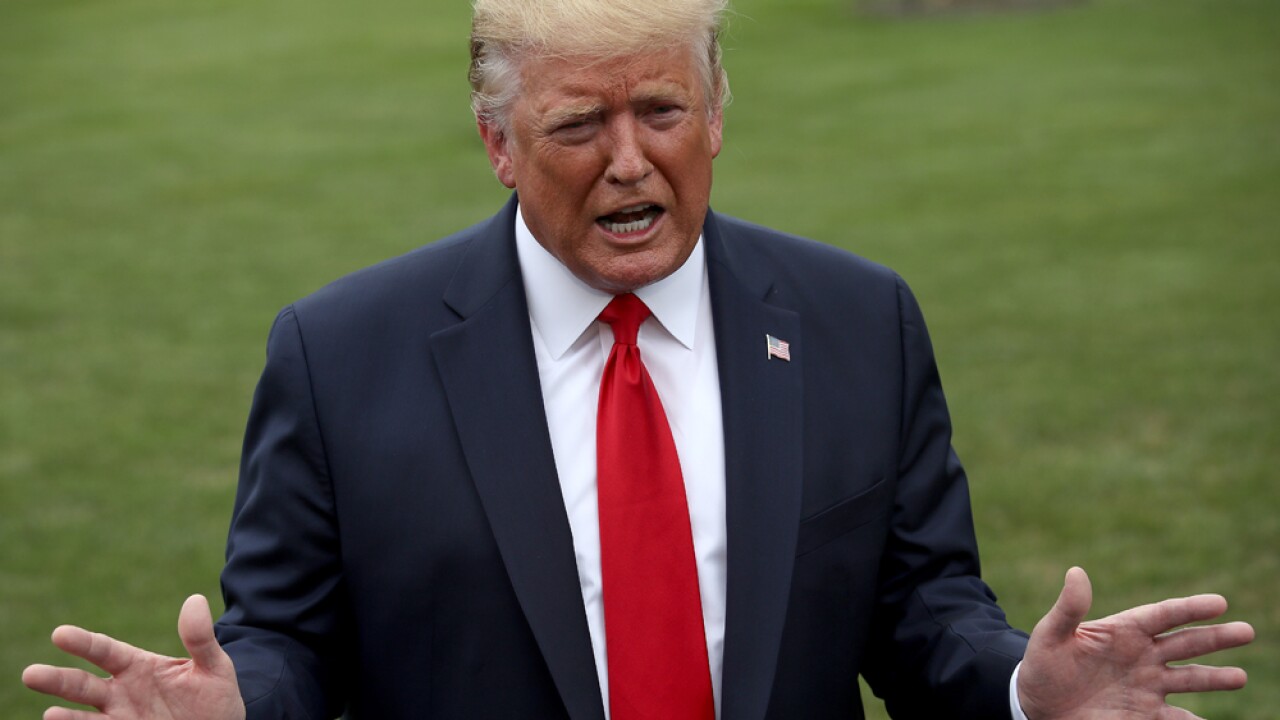 Getty Images
Win McNamee/Getty Images
U.S. President Donald Trump speak to members of the press at the White House before departing on September 09, 2019 in Washington, DC.

(CNN) -- President Donald Trump seemed to contradict his acting Customs and Border Protection head Monday over what would happen to Bahamian refugees landing in the US without proper documentation.

Trump told reporters outside the White House that anyone seeking refuge in the wake of Hurricane Dorian "needs totally proper documentation."

In particular, Trump expressed concern over "people going to the Bahamas who weren't supposed to be there."

"I don't want to allow people that weren't supposed to be in the Bahamas to come into the United States including some very bad people," he added, referring specifically to gang members and drug dealers who fled to the islands.

It was not immediately clear what Trump was referring to.

At least 45 people are dead, hundreds are missing and some 70,000 are homeless in the wake of Hurricane Dorian, which wreaked havoc over the islands for two days.

Earlier Monday, Trump's acting Customs and Border Protection head Mark Morgan said that the US is still vetting and processing Bahamians attempting to come into the US who lack documentation.

On Sunday night, about 130 individuals seeking to evacuate the Bahamas were kicked off a ferry heading to the Florida. The ferry operator, who had promised to take them to the US, blamed red tape with US immigration authorities, announced only those with valid US visas would be able to continue on.

Morgan said Monday that the US is expediting the processing for Bahamians to enter the US as they seek refuge.

"But keep in mind, there are still people that are inadmissible to this country," Morgan said.

Those individuals, he said, would be processed as they normally would under other conditions, which could include relocation to Immigrations and Customs Enforcement custody.

"You can imagine in any type of natural disaster like this where you have this huge disaster, a lot of resources going on and responding, there's going to be some confusion," Morgan said. "What I will say is, that's what it was."

The acting CBP chief said he believes it would be "appropriate" to extend Temporary Protected Status to Bahamians affected by Hurricane Dorian and suggested he would likely speak to Trump about it at some point, although he said he hasn't yet.

"There hasn't been any formal grant of TPS," he said. "I think that would be appropriate, to have that circumstance."