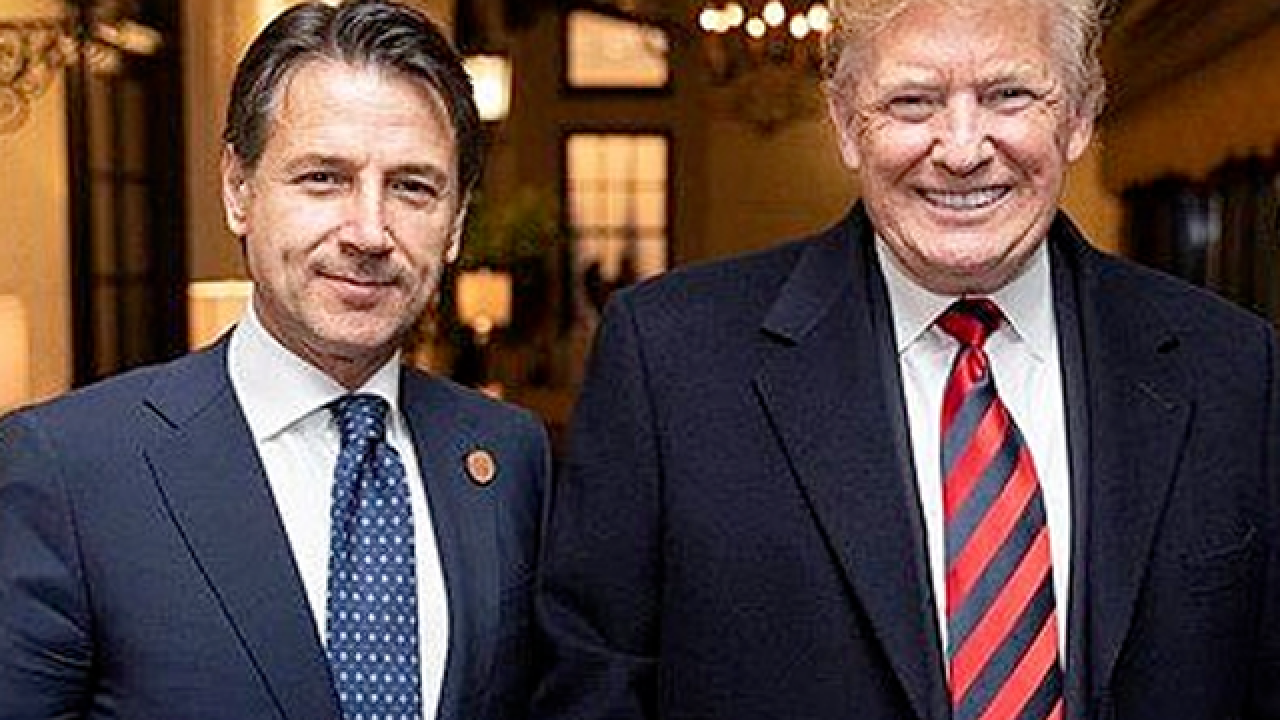 &lt;p&gt;President Donald J. Trump and Prime Minister Giuseppe Conte of Italy prior to the G7 Cultural Event at the Fairmont Le Manoir Richelieu, in Charlevoix, Canada.&lt;/p&gt;

(CNN) -- Europe's political establishment will have all eyes Monday on the meeting in Washington DC between Italian Prime Minister Giuseppe Conte and US President Donald Trump.

German Chancellor Angela Merkel and French President Emmanuel Macron -- no big fans of the US administration -- are bound to hold their breath in fear that Italy might lend Trump a hand in further destabilizing the European Union, already torn by contrasts between member states and facing a deadlock in its integration process.

And they do have cause for concern. Conte is turning out to be Trump's main supporter and ally in Europe.

Trump will exploit his bilateral session with Conte to reaffirm the special bond with Italy in the eyes of Merkel and Macron, who have so far had a bumpy relationship with Trump. Likewise, Conte will be keen to show off to his EU partners the VIP welcome he will get at the White House, and cash in on it.

Though it is highly unlikely that Conte will openly call for lifting sanctions on Russia, he will show himself more supportive to ending them after the European Council approved a six-month extension in June.

Conte will be keen to reassure Trump behind closed doors that Italy backs the US strategy on the Russian front.

Rome's new populist government -- led by the anti-establishment 5 Star Movement and the Lega party -- is pushing for new ties with Russia. Lega leader and Deputy Prime Minister Matteo Salvini wants to convince EU partners to lift sanctions on Moscow by the end of this year and readmit Russia back into the exclusive G8 club.

Salvini considers European sanctions imposed on Russia after its annexation of Crimea as useless and counterproductive, having dealt a heavy blow to Russia-EU trade volumes and particularly to made-in-Italy exports. He actually defends Putin's incursion, arguing that the annexation referendum that took place in Crimea was legitimate.

Rome believes that Russia remains a strategic partner of the EU and NATO, and that Moscow plays a fundamental role in the resolution of international crises and in the global fight against terrorism. Italy thus seeks greater influence on the EU stage to build pro-Russia consensus, though it is aware of leading a one-nation crusade.

But the "special feeling" between Conte and Trump goes beyond specific goals. Trump, not very popular on the other side of the Atlantic, is aware that Italy's populists are his only friends in Europe and might be tempted to exploit Italy's role on the European stage to try to weaken the anti-US Paris-Berlin axis.

Italy, after all, is a founding member of the EU and the third largest economy in the eurozone, which makes it among the top stakeholders of the EU club alongside Germany and France. Italy has the power to halt the EU integration process and the approval of specific new directives.

Rome now looks up to Trump as a model in pursuing a radical break from the past, and is following in his footsteps. The populist government aims to review all free-trade agreements between Europe and other countries that jeopardize European products and jobs.

Back in 2016 Trump's election was hailed by Italy's populists as the "new wind of change" that could overhaul the Old Continent by triggering a revolution. Lega leader Salvini eyes both Trump and Russian President Vladimir Putin as allies in a potential future "triumvirate" against the Paris-Berlin squad.

It is no mystery that for the first time since the end of the Second World War the US does not want a strong Europe. Likewise, for the first time, Rome has a government that aims to dismantle all European treaties by taking a step backward, rather than forward, in the big European project, and it is constantly sending out mixed messages on a possible euro exit.

If Trump wants to be a thorn in the side of Paris and Berlin, he has found the right man. Conte could be willing to play that role for the benefit of Italy. He can exploit his "friendship" with Trump as a sort of "scarecrow" to put pressure on his strict European partners unwilling to change Europe's rusty mechanism.

It would be a win-win partnership for both Italy and the US.

Even if the Washington meeting turns out to be just theatrics of populist rhetoric, common intents and reciprocal praise, it is set to further irritate Germany and France and widen the rift between European allies at a delicate moment when Europe faces its deepest identity crisis.