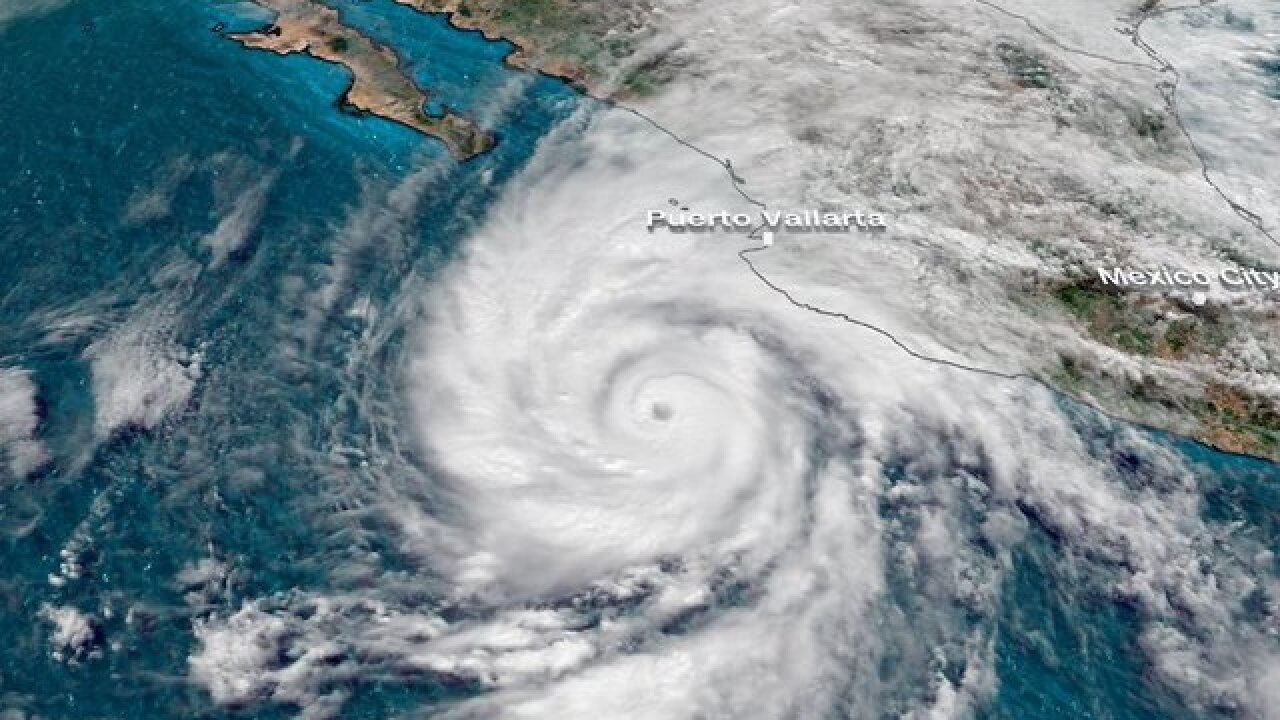 © 2018 Cable News Network, Inc.
&lt;p&gt;Hurricane Willa is nearing the Pacific coast of Mexico as a potentially catastrophic Category 5 storm, after experiencing what the National Hurricane Center called "explosive" strengthening over the past 48 hours.&lt;/p&gt;

Hurricane Willa is nearing the Pacific coast of Mexico as a potentially catastrophic Category 5 storm, after experiencing what the National Hurricane Center called "explosive" strengthening over the past 48 hours.

Willa's maximum sustained winds, as of Monday morning, were 160 mph, making it a top-of-the-scale hurricane. Its current intensity is slightly more than Hurricane Michael's when it made landfall in Florida's Panhandle less than two weeks ago.

The storm has supercharged at an incredible rate since it formed over the weekend. From Sunday morning to Monday morning, Hurricane Willa strengthened 80 mph in only 24 hours, and went from forming into a tropical storm on Saturday morning to a Category 5 in less than 48 hours.

The official forecast from the National Hurricane Center calls for Willa to weaken some before landfall, but the storm is still expected to be a major hurricane, likely still a high-end Category 4, when it makes landfall on Tuesday afternoon.

Willa is currently located about 175 miles southwest of Puerto Vallarta, moving north at 7 mph. A turn to right is forecast over the next 24 hours, which should bring the hurricane on land near the border of the states of Sinaloa and Nayarit, south of the city of Mazatlan.

The hurricane is on track to be one of the strongest hurricanes to ever hit the Pacific coast of Mexico and its landfall will come three years to the day after the strongest, Hurricane Patricia, made landfall one state to the south, in Jalisco.

Hurricane Patricia went from a Category 5 to Category 4 when it made landfall, but at its peak, Patricia had winds of 215 mph and was the strongest hurricane or typhoon ever observed anywhere on the planet.

In addition to Willa, Mexico is bracing for another tropical system right behind it, Tropical Storm Vicente. While Vicente is considerably weaker than Willa, it is expected to make landfall late on Tuesday night or Wednesday morning about 250 miles south of Willa and will give the western coastline of Mexico a rapid 1-2 punch from Mother Nature.

The back-to-back systems have helped make the 2018 hurricane season in the northeast Pacific one for the record books.

The season is now the most active hurricane season on record using a measurement called "Accumulated Cyclone Energy," which combines the number of storms and their intensity through their lifetimes to give an overall measurement of tropical activity in a given region.

Increasing numbers of major hurricanes, along with a greater propensity of storms to undergo "rapid intensification" are expected consequences of warmer ocean waters resulting from climate change. The ocean waters off the western coast of Mexico are currently running 1-2 degrees Fahrenheit above average for late October.