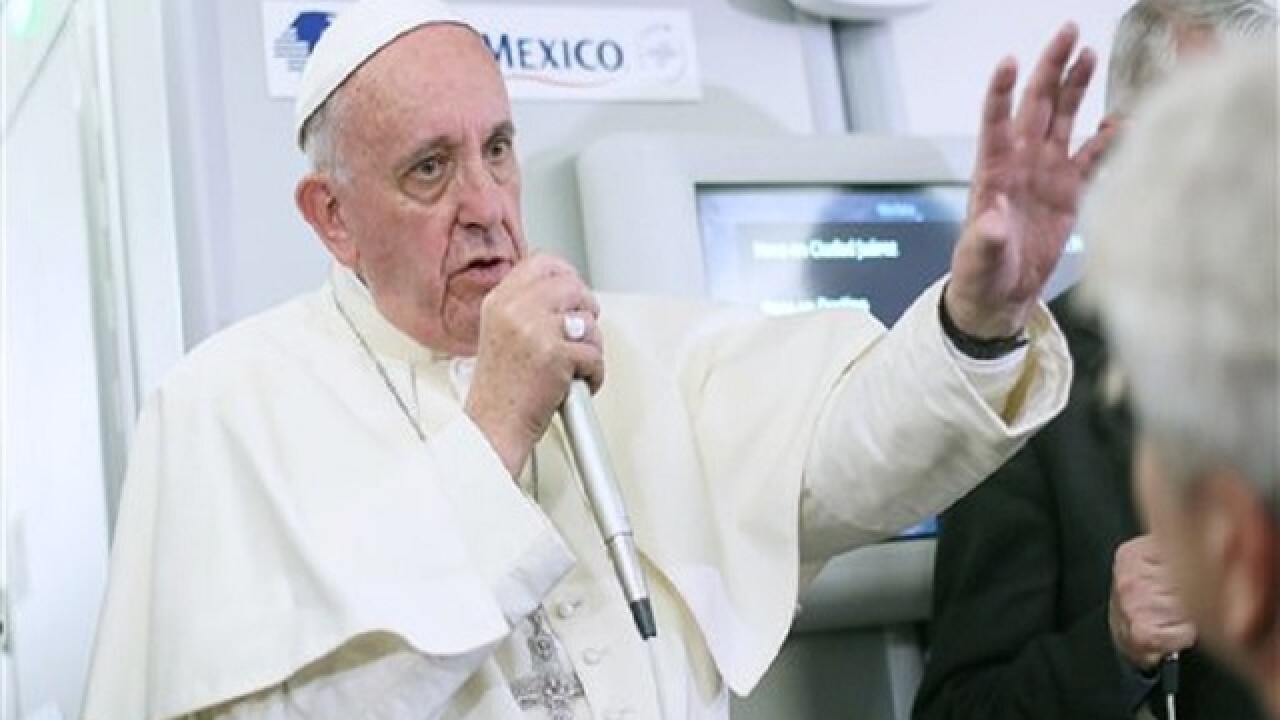 &lt;p&gt;In this photo taken Wednesday, Feb. 17, 2016 Pope Francis meets journalists aboard the plane during the flight from Ciudad Juarez, Mexico to Rome, Italy. The pope has suggested that women threatened with the Zika virus could use artificial contraception but not abort their fetus, saying there's a clear moral difference between aborting a fetus and preventing a pregnancy. (Alessandro Di Meo/Pool Photo via AP)&lt;/p&gt;

The rules require external vigilance over individual Vatican bank accounts created for beatification and canonization causes, as well as regular budgeting and accounting to make sure the donations from the faithful are being used as intended.

The reforms were imposed after Francis tasked a fact-finding commission to investigate Vatican expenditures. Two books by Italian journalists, based on the commission's confidential findings, revealed that the Vatican's secretive saint-making process brought in hundreds of thousands of euros in donations for each saintly candidate but had virtually no financial oversight as to how the money was spent.

The books estimated the average cost for each beatification at around 500,000 euros ($550,000), with much of the proceeds going to a few lucky people with contracts to do the often time-consuming investigations into the candidate's lives.

While candidates who inspire wealthy donors would sprint ahead, those with less wealthy fans would languish.

The new rules call for an administrator to be named for each saintly cause who must "scrupulously respect" the intention of each donation. The administrator must keep a running tab on expenditures and donations, prepare an annual budget and be subject to the oversight of the local bishop or religious superior. That person must approve the annual budget and send it to the Congregation for the Causes of Saints — the Vatican office responsible for reviewing saintly candidates, investigating miracles and preparing the cases for the pope's ultimate decision.

They also set out the mechanism by which each cause pays the congregation for its services finalizing the beatification or canonization, though it doesn't specify how much is given. Once the candidate is made a saint, the congregation decides what to do with any remaining funds, including sending them to a special solidarity account for less-well funded candidates, the norms say.